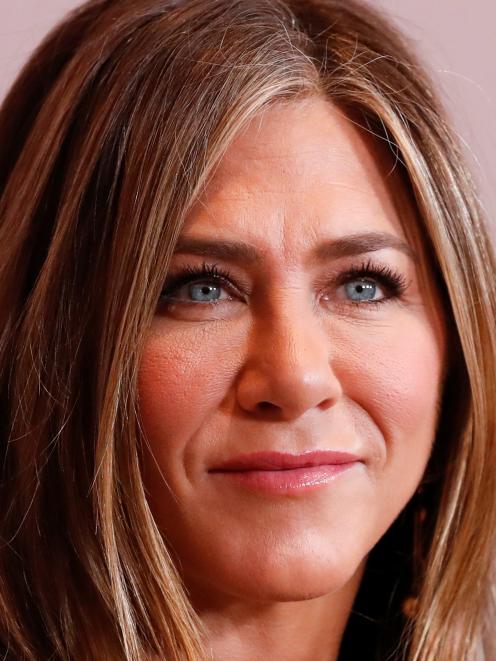 Jennifer Aniston.
Friends? She’s got a few, thanks to her presence now on Instagram, writes Rebecca Nicholson.

If Instagram were a TV series, then it is in the middle of one of those season highlights that you know everyone will be talking about the next day.

It's the explosion episode of Bodyguard, Game of Thrones' Red Wedding, any season finale of Succession.

After the previous week gave birth to the thriller of the year, the Rooney/Vardy you-dunnit, last week provided another blockbuster moment. Jennifer Aniston signed up, posted a selfie with fellow Friends cast members and promptly broke the internet, without so much as a Champagne glass poised perilously on a gravity-defying backside.

"We are aware that some people were having issues following Jen's profile,'' an Instagram representative told CNN. Even so, she set a Guinness world record for accruing one million followers - it took her five hours and 16 minutes - which meant she beat the previous record set by @sussexroyal.

During an interview with Jimmy Kimmel, she called herself ``the most reluctant person to ever join Instagram''.

Aniston was one of the few A-listers holding out against having a social media presence.

Part of me wishes that such reluctance, which has already gained her 13 million followers, was more commonplace. I like watching films, for example, without being tempted to think about what the lead actor's gym routine looks like. But the former enigmatic distance of the Hollywood elite has long since been replaced with a cutesy, curated-candour, direct-to-fans approach.

Aniston's bio line is "My friends call me Jen''. The Friends pic has a caption that resembled my parents' liberal approach to caps lock, "And now we're Instagram FRIENDS too. HI INSTAGRAM'', followed by the waving emoji.

If anyone deserves a platform from which they can speak directly to the public, it's Aniston, who has been the subject of tabloid speculation about her life and
womb for decades.

She was moved to write about this in a 2016 piece for the Huffington Post, declaring, finally, that she was "fed up'' and criticising "how much we define a woman's value based on her marital and maternal status''.

So far, she has posted only gentle pictures and a video, dipping a toe into the muddy waters of the internet, but should she find herself fed up once again, she won't need to write much more than an Instagram caption, alongside a knowing Smelly Cat meme, to address it.

Or perhaps, like everyone else, Aniston simply wanted to know which mystery Colleen was going to solve next. - Guardian News