Baring my claws: my favourite thing 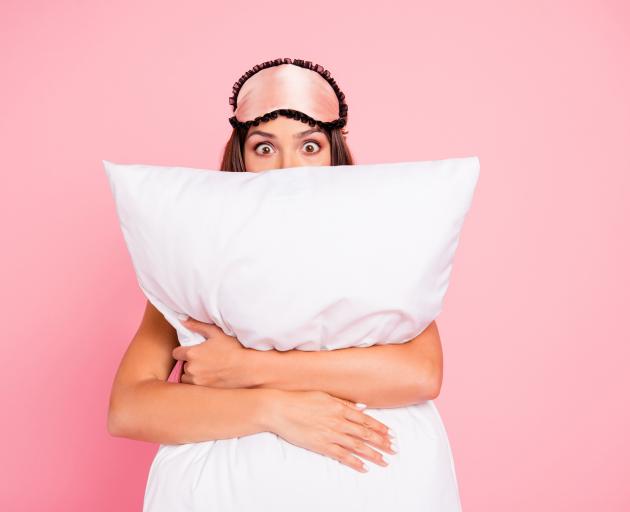 A pillow cannot be considered a favourite thing unless it is an ideal, amazing, irreplaceable pillow that practically sings you, soothes you and lulls you to sleep. Photo: Getty Images
Favourite things. We all have them, as Gina Barreca explains.

What's your favourite object? Don't overthink the question. Keep it clean and take it seriously: What is the one gadget, gizmo, thing-a-ma-jig or provision that brings you pure joy?

No puns involving "objectification", please. Avoid the obvious: "oxygen", "nutrients", and "water" are assumed. If you think you need a special kind of water, by no means should you explain why.

Also - and this is crucial - no quoting of any lyrics from The Sound of Music. The context for things, even favourite things, changes. That's why "brown paper packages tied up with string" are now more likely to be considered a threat to security than items used to provide security.

There's the stuff we all like - stoves, fridges, cellphones, beds - but unless you have a particular one of these that makes your heart swoon, let's skip it.

For example, let's not talk about pillows unless you have one ideal, amazing, irreplaceable pillow that practically sings you, soothes you and lulls you to sleep.

I've never found my soul-pillow, but I know others who have. I envy them. I sigh with deep longing as I listen to stories of their long restful nights together. I imagine what it would be like, and I sigh. I keep trying, but the right feather-mate eludes me.

Maybe I'm just bitter, but I think a lot of folks who say they have a genuine pillow-attachment are faking it. All those passengers who have recently decided that they simply must bring their pillows on domestic flights? I don't buy it. Maybe given the new rules delineating what counts as a comfort animal, pet-owners are just shoving their Chihuahuas in a sack and telling flight attendants it's just lumpy memory foam. (Lumpy, noisy memory foam.)

My favourite thing is essential to me, despite being ordinary and replaceable. I get nervous and desperate if I don't have one nearby. I'm talking about a back-scratcher.

The one in my nightstand is a fake bamboo version I bought at Ocean State Job Lot eight years ago for $US1.99 ($NZ3). Even for that price, it is strikingly unattractive. The curved claw part at the end looks like the skeleton of a monkey's paw straight out of a Stephen King novel.

And yet, there are very few things I would trade for that back-scratcher. Pearls and sapphires won't help when that itch just below your left shoulder blade strikes and you need something reliable to deal with it so that you don't lose your mind.

That itch has a clinical name, by the way: "notalgia paresthetica." It was almost as much of a relief to discover the condition was common enough to be addressed by serious, numerous and well-funded medical studies as it was to be able to scrape that monkey-claw against the middle of my back. It meant I wasn't crazy - or at least wasn't the only one.

I snapped one into two pieces in order to have an abbreviated version in my travel kit.

You keep your pillow. I'm keeping my claw.

Many favourite objects have fewer tangible qualities but more of a story. My husband Michael, for example, wears a watch he was awarded when he was named New Jersey Sea Scout of the Year in 1961. His Benrus is beloved; it's a one-and-only object. Other watches might show him the time of day, but only this one displays his time of life.

It makes him proud and happy every day; I can only hope to do the same.

Of course, we recognise that stuff doesn't matter because, finally, it's all ephemeral.

Only love, kindness and memories matter, and we know that for certain - until, that is, somebody tries to take away the one coffee mug that really suits us, the Afghan knitted by our friend or the frying pan that cooks the perfect grilled cheese sandwich.

That's when the dog bites, the bee stings and the claws come out. We defend our favourite things, and who could blame us?