Camilla, Duchess of Cornwall, poses with the ‘‘Silver Swans’’ dancers as she attends an Active Elderly engagement at the Salvation Army Centre in Christchurch during the royal tour in November. Photo: Getty Images
Ageism — can Millennials turn the tide?  Lara Vliestra examines a pressing issue.

Ageing is the lifelong process of getting older, and the number of older adults is increasing faster than ever. Ageing itself is not a disease, yet Western society treats it as one. 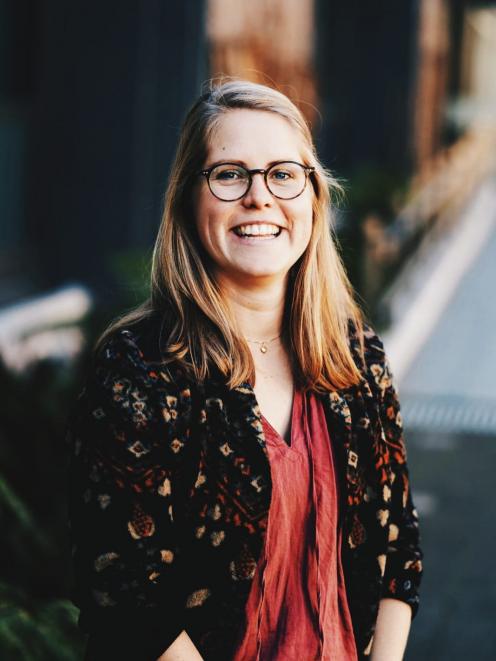 Lara Vliestra
There’s substantial evidence about the many contributions older people make to our societies; however, older adults are often stereotyped as dependent, frail or a burden, and they are discriminated against on the grounds of age (‘‘ageism’’).

The Ministry of Social Development named 10 positive ageing indicators in 2007. One of these indicators was ‘‘attitudes’’, where the desired outcome was: “New Zealanders have positive attitudes towards ageing and older people. Ageing is viewed as a positive experience by older people themselves, and others value and respect older people and encourage their contributions.”

So it’s time for a change in our attitudes, preconceptions, assumptions and expectations about ageing. It’s time for Millennials to start a countermovement.

When and why did we get a bad attitude towards ageing?

Over time, there has been a change from a ‘‘traditional’’ society, where older adults were honoured and respected, to one that views ageing as negative and where stereotyping older people has become primitive and automatic.

Todd Nelson described that low fertility during the Depression years of the 1930s and the ongoing improvement in life expectancy marked the start of the ageing population. Western society was not prepared to deal with this new large population of older adults, which had led to an association between old age and negative qualities that had persisted and even increased.

Meanwhile, Prof Mason Durie and Dr William Edwards described that Maori society has a more positive attitude towards ageing. Although the Maori population was youthful compared to the overall New Zealand population, Maori positive ageing was not only concerned with older Maori people.

Dr Edwards explained that it was about Maori of all ages adopting a proactive ageing process that was planful, enabled resilience to life’s challenges, and allowed all Maori to equitably share the benefits of society. 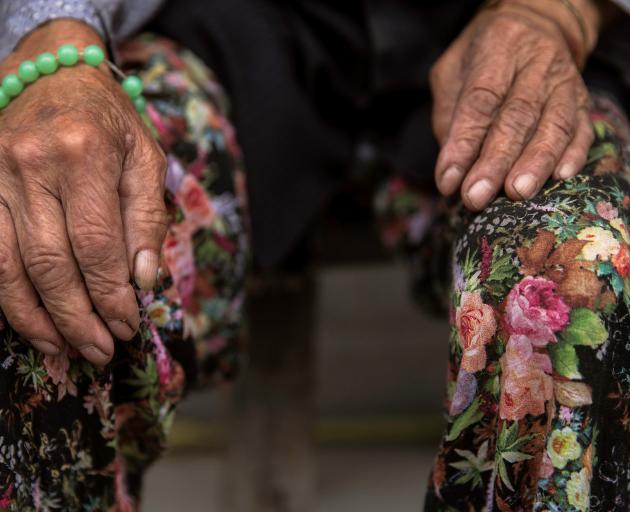 Hands may get wrinkled, but minds can stay sharp. Photo: Reuters
If we’re lucky, we all get older

Ageism has been called the ultimate prejudice and compared to the other ‘‘isms’’ (like racism and sexism), anyone may eventually become a target.

Ageism is relatively new compared to the other isms, and was coined less than 50 years ago by Robert Butler. Nevertheless, Melissa Ditmann described that negative attitudes towards ageing were already deeply rooted and widespread in modern societies, from as young as pre-school aged children. She noted that employees older than 40 were already considered ‘‘old’’ and not offered the same training, promotion opportunities and pay as younger colleagues.

Erdman Palmore’s survey showed that more than 75% of over-60s had experienced one or more incidents of ageism, with 58% saying, “I was told a joke that pokes fun at old people”.

Ageing isn’t as bad as we think

But this ‘‘getting old is bad’’ message is just not true. For example, at least 95% of older adults do not fit the stereotypes of being helpless and sick. Among other results that showed that ageing was not nearly so debilitating as people thought it would be, Anne Tergesen said that 29% of people thought when you got older you wouldn’t be needed; however, only 9% of the older adults experienced this feeling.

Encouragingly, Tergesen’s research indicated emotional wellbeing improved until people’s 70s. Older adults reported better marriages and friendships, less conflict and closer social ties with members of their social networks than younger adults. And they had more energy, were more motivated and managed their economic lives better than their younger counterparts.

Assumptions and expectations around ageing could also potentially destroy one’s own future. Compared to positive attitudes towards ageing, negative attitudes had an almost three times stronger effect on the physical and mental performance of older individuals. Stereotypes of ageing were pervasive, and influenced: how older adults saw themselves and others; their cognitive and physical performances; their ability to recover from disease; their health-seeking behaviours; how they were treated by others and the society as a whole.

A kaumatuatanga study commissioned by Te Pou Matakana stated that older Maori listed thinking positively as one of the things that contributed to wellbeing. Maori positive ageing began early in life and proceeded through to its end. Older people were highly valued members of Maori society, and Dr Edwards explained that engagement with te ao Maori facilitated a positive old age for individuals while also strengthening Maori society. So it was mutually beneficial.

When is the best time to start thinking about healthy and positive ageing?

The body reaches its muscle and bone mass peak around the age of 30, so this marks a great time to start thinking about healthy ageing.

Millennials, the first of whom were born in 1981, have great potential for rejecting ageism and promoting positive attitudes. They grew up in an electronics-filled and increasingly online and socially networked world.

As the most ethnically diverse generation, Millennials tend to be confident, tolerant of difference and open-minded, and want to stay true to who they are, their values and individuality. More importantly, they are more optimistic about their future than other generations, although they will probably be less economically successful.

Tanya described on her Millennial blog ‘‘Lucky Attitude’’ that Millennials were likely to be the most educated generation in Western history. In general, they had a strong sense of community both locally and globally, and focused on larger societal needs rather than individual needs.

As only 25% of the diversity in human longevity is explained by genetic factors and the other 75% is largely environmental, it is time that Millennials took control over their own future.

At age 30, people should begin to think about how to age positively and healthfully. We should all work towards a Maori view of ageing well. A survey of 397 ‘‘culturally conservative’’ older Maori found that being considered a kaumatua or elder was more about role and function than about age itself.

We must understand that ageing is not as bad as we might think.

Millennials have all of the right characteristics to turn the tide on ageism. Let’s all start now by fully embracing older people — after all, if we’re lucky, one day we’ll get to be old and will benefit from it, too.

■ Lara Vlietstra is a PhD candidate at the University of Otago’s Department of Medicine and School of Physiotherapy. The Office for Seniors has invited a range of experts and specialists to write opinion pieces on issues that impact on older people.

'Ageism' is discrimination.
In that regard, disparaging 'millennials' and calling climate change marchers 'brainwashed' is ageism.