The casualties of war are manifold 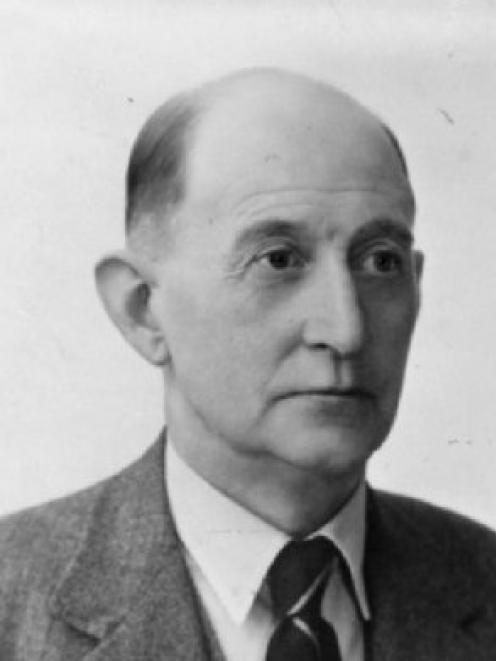 Archibald Baxter
Ian Harris believes the brave conscientious objectors, as well as our servicemen and woman, should be honoured.

Martin Niemoller won the Iron Cross First Class for bravery while commanding a U-boat in the Mediterranean during World War 1.

After the war, as a Lutheran pastor, he came to oppose strongly Hitler and the Nazis. They silenced him by confining him in Sachsenhausen and Dachau concentration camps from 1938 to 1945.

He survived, and spent his last 30 years as an ardent champion of pacifism and nuclear disarmament, showing great courage in standing out in the name of conscience against current sentiment and the coercive power of the state.

Ormond Burton was a New Zealand army medic at Gallipoli who went on to fight on the Western Front. Thrice wounded, he was awarded the Military Medal and French Medaille d'Honneur. After the war he became a Methodist minister and an uncompromising opponent of all war.

In 1939 he publicly condemned the new war just beginning, was repeatedly arrested, then jailed in Napier until near the end of the war.

He, too, showed great courage in standing out in the name of conscience against current sentiment and the coercive power of the state.

So did Otago farmer Archibald Baxter, whose story featured on television this week.

His steadfast refusal to engage in war led to his being imprisoned and, in a last-ditch effort to break his will, being shipped in 1917 to the front in Belgium.

There he suffered abuse, assault, deprivation of food and medicine, and the torture of No 1 field punishment, bound by ankles, knees and wrists to a forward-slanting stake for hours on end.

On one occasion he was ordered to stand next to an ammunition dump under fire from German artillery, and was lucky to survive.

Today, New Zealanders remember the thousands upon thousands of soldiers, sailors and airmen who fought valiantly and died for the right to live in freedom.

One hundred years on from the outbreak of World War 1, perhaps it is time to remember also the scores upon scores of ordinary citizens who suffered great hardship for exercising freedom of conscience by objecting to war.

Most believed it to be diametrically opposed to the teaching of Jesus - and, incidentally, the most absurd way known to man of settling international disputes.

With that in mind, in 2005 New Zealander Shirley Murray wrote a hymn for Anzac Day to honour both the brave who served in the forces, and the brave whose stand against all war brought them jeers and jail.

Prof Colin Gibson, of Dunedin, composed for it the perfect tune. Now there is the opportunity to use it - the whole of it - as part of our Anzac remembrance.

''Honour the dead, our country's fighting brave,'' the hymn begins. It calls on us to ''weep for the young bones buried in the mud'' and, widening the context, to ''weep for the powers of violence and greed ... the waste of all that might have been ... the homes that ache with human pain''. And finally, to ''weep that we ever sanction war again''.

Few would cavil at any of that.

One verse, however, gathers in the Burtons and Baxters among the casualties of war:

Honour the brave whose conscience was their call,
answered no bugle,
went against the wall,
suffered in prisons of contempt and shame,
branded as cowards in our country's name.

Predictably, the hymn has had a mixed reaction. It has been sung in full at many Anzac services in New Zealand and Australia, by schools and in churches. But in other ceremonies that verse has been deleted.

This provokes Shirley Murray to ask: ''Have we no heroes to remember who said `no' to the insanity that propelled us into war, and the pity of war? The fact they took out a vital part of the hymn speaks volumes about our hidden history.''

In a letter, one woman confessed to being ''sickened'' and ''disgusted'' by the tribute to conscientious objectors. Another letter-writer dismissed them all as ''confused cowards''. Which, on the evidence, they palpably were not.

Author Dan Davin, an intelligence officer on Lieutenant-general Freyberg's staff, knew this. Dedicating a collection of stories based on the experiences of men in the 2nd NZ Division, he wrote:

''To those who, out of principle, refused to fight, and suffered for it. And to those who fought so that, among much else, that principle should be safeguarded.''

In like spirit, Shirley Murray's hymn pays tribute to both. It ends:

Honour their vision on this solemn day:
Peace known in freedom, peace the only way.

Ian Harris is a journalist and commentator