Celebrating those men of few, but important, words 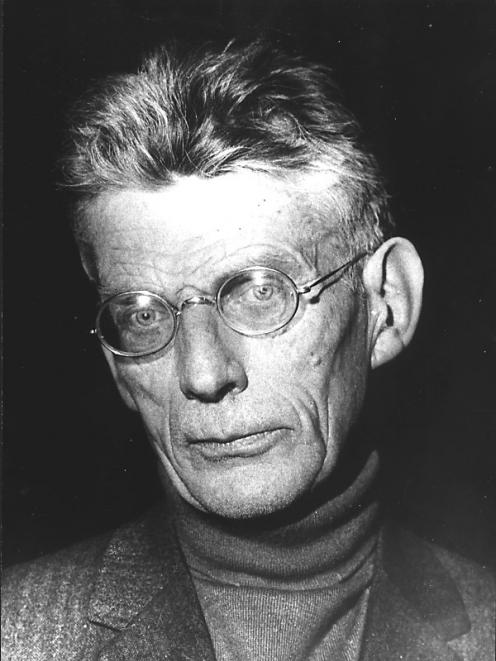 One of the greatest playwrights of the 20th century was Irishman Samuel Beckett (1906-89 ).

He came to particular prominence following the publication of his play Waiting for Godot, which was written in the period of 1948-49 and first produced on stage in 1953 and performed numerous times around the world since then. This and other successes culminated in Beckett being awarded the Nobel Prize in Literature in 1969. For more than 50 years he lived in France and for most of this time in Paris.

During World War 2 he was for a period involved in the French underground resistance movement with his contribution and bravery acknowledged after the war when he received the Croix de Guerre. The horrors and unpredictability of the war influenced his thinking. Waiting for Godot is a theatrical masterpiece containing timeless and universal themes. Tramps Vladimir and Estragon are the primary characters in the play. The stage settings are stark and simple. An air of hopelessness prevails but there are moments of genuine humour. Who or what they are waiting for remains unanswered but their dialogue entertains and other characters and distractions add colour and vibrancy.

Beckett regarded the human condition as transient and often absurd. He saw life as being “a temporary disturbance in a still, silent and indifferent world. A diminutive ripple on the surface of infinite time”.

His genius was the ability to express ideas accurately with few words in a deceptively understated way. Among the shadows, his characters alternate between hope and despair. Small figures that are no match for larger external forces.

In my view there is much to commend in this minimalist style of writing where difficult concepts can still be conveyed in as few words as possible.

Although Beckett shines in this format as a playwright there have been and are novelists of distinction who likewise have produced literary masterpieces of relatively short length. Examples being The Great Gatsby by F. Scott Fitzgerald (188 pages), The Catcher in the Rye by J.D. Salinger (192 pages ) and The Plague by Albert Camus ( 238 pages).

One of the standout political speeches of all time was the Gettysburg Address given by President Abraham Lincoln during the American Civil War in 1863. This was a monumental conflict and the nation’s security was imperilled. This address consisted of only 272 words and lasted about two minutes. Contained were the immortal words “that this nation, under God shall have a new birth of freedom, and that government of the people, by the people, for the people, shall not perish from the earth”.

Interestingly, the feature orator on this occasion was Edward Everett a former US Secretary of State who spoke before President Lincoln. That speech lasted more than two hours. One can only imagine the level of audience fatigue at the end of this. Tellingly, what was and is still remembered today is Lincoln’s two minute speech. A fine example of less being more.

Samuel Beckett rarely gave interviews and refrained from explaining what Waiting for Godot might have been about. A newspaper once asked him and other writers to outline their wishes and plans for the new year. Many wrote a lot, but Beckett wrote nothing.

In 2011, our family had the opportunity to visit his grave site in the Montparnasse cemetery in Paris.

It was notable for its simplicity. Unadorned and modest with his and his wife’s names inscribed on plain grey stone. There were no other words. Very Beckett.

For good reason, the artist Lucia Joyce made up for Beckett's quietism.