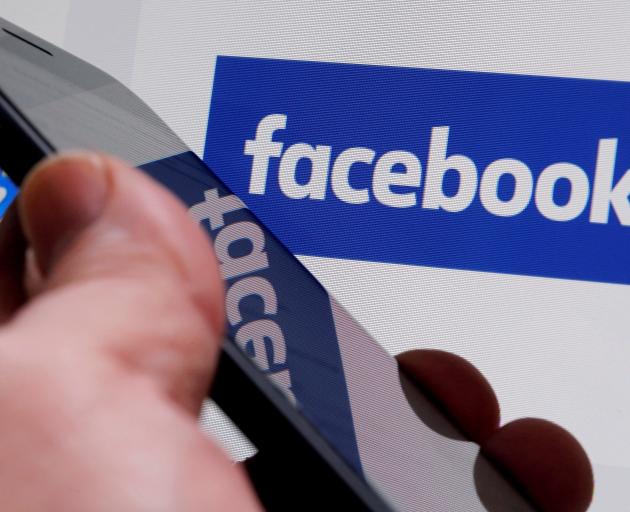 ‘‘Ask any expert, they will tell you that Facebook is the most dangerous player in the digital world.’’ PHOTO: REUTERS
Chinese President Xi Jinping has grasped a fundamental truth in his quest to win the technology race — that internet companies are all ultimately disposable, writes John Naughton.

This is story of two parallel universes. Over in the Western one, neoliberal capitalism rules. In the other — the Chinese universe — a different system presides. In both universes, government concern over the growing power of giant tech companies has been growing for a while, but there the similarities end.

In the West, governments and legislatures were asleep at the wheel as the tech companies zoomed along their rapid growth paths. But in the past few years, democratic institutions have belatedly lumbered into action, or at any rate into a semblance of activity. Since 2010, for example, Europe has launched more than 36 regulatory probes against big tech, including 10 from the European Commission and 26 from individual European countries. I keep a spreadsheet of these actions, which, in addition to the EU suits, lists seven major actions by US authorities, three by the UK Competition and Markets Authority and two by the German Federal Cartel Office at present. And it seems there are about 70 such actions in progress across the world.

The kindest thing one could say about this flurry of regulatory activity is that it lacks coherence and consistency. In July, for example, two antitrust suits against Facebook filed by some US states and the Federal Trade Commission were summarily thrown out by the judge for what, legally speaking, are elementary schoolboy mistakes, such as failing to provide facts that would support the claim that Facebook had a monopoly in social networking.

As for consistency, well, one can only wonder what goes through regulators’ minds. As Frederic Filloux, an experienced observer of these things, puts it: "Ask any expert, they will tell you that Facebook is the most dangerous player in the digital world. The social network’s business model is based on fracturing society, spreading false information ranging from the ‘stolen’ election of 2020 to anti-vax propaganda. As for Amazon, its behaviour is a textbook model of levelling the competitive field of e-commerce, such as imposing its will on the merchants who joined its marketplace by forcing them to buy ads if they want to be visible ... Amazon might not be a monopoly in the traditional sense ... but the company is a rare collection of near-perfect predatory practices."

Why then, Filloux asks, does regulatory activity — at least in Europe — not correlate with toxicity? Why do Facebook and Amazon attract only about half of the antitrust probes that Google does? Good question. And although the purpose of antitrust prosecution is to restructure markets, so far its only outcomes in the West have been supposedly whopping fines (small change for tech giants) and years and years of interminable legal processes.

How different things are over in the Chinese universe. There, the country’s tech giants have lost their swagger and some of their hitherto-esteemed leaders have disappeared from public view. A few of them are in jail. A huge industry has been brought to heel. All transactions involving "unapproved" cryptocurrencies are now illegal.

"At China’s annual World Internet Conference last month," reports The New York Times, "an official signalled that efforts to rein in internet giants were not over, warning against the ‘disorderly expansion of capital’. Once a showcase for the might of China’s entrepreneurs, this year’s conference became a platform for pledging fealty to state efforts to spread the wealth."

Whenever Chinese tech giants became too big for their boots, they belatedly learned that no-one in China is bigger than the Communist Party. Just to emphasise that point, regulators brutally torpedoed the huge stock market listing of Ant Group. And when Didi Chuxing (the ride-hailing company that bought Uber China) had the temerity to proceed with a flotation in the US, its software was banned from app stores in China. Everyone else got the message.

None of this should be taken as an endorsement of the Chinese regime, but to raise two serious questions.

The first is an exam question: does the contrast between Western feebleness in reining in our tech giants and Chinese effectiveness at controlling theirs imply that only authoritarian regimes can bring swaggering corporations to heel? Discuss. Do not write on both sides of the paper.

The other question is whether Xi Jinping and co understand something that we seem unwilling to accept — that social media companies, no matter how large and apparently powerful, are ultimately disposable. What really matters is what the West still has and China lacks, namely the ability to create (and modernise) the technological infrastructure that underpins companies that, basically, are just doing tricks with old technology such as the web.

The Trump tech boycott, which Biden has retained, has made Xi and his colleagues resolved to eliminate that deficit.

I’m sure they will succeed in that endeavour, but one of the first things they will need is a world-leading semiconductor design and manufacturing company. It just so happens that TSMC, the company that best fits that description, is right on their doorstep.

It’s just across the Formosa strait, in a place called Taiwan.