Choose the best soundtrack for your life 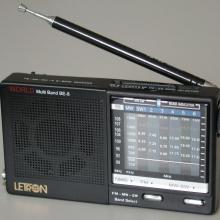 While getting old sure beats the alternative, you've still got to admit that the basic body warranty is up. Coverage expires because of: 1. Mileage or 2. Length of ownership. Of those two choices, I'll take mileage. Like the character from William Congreve's play The Way of the World, I'm resigned to the fact that time might ``wear and waste'' me but I vow that time will ``never rust in my possession.'' I'll put everything I've got to good use.

I'd scribbled Congreve's line in my journal when I was feeling terribly old. I was 21 and felt as timeworn as Congreve's play, written in 1700.

Ah, as another poet put it, but I was much older then; I'm younger than that now. Such are the rewards of survival. I'm not as worried about the warranty as I once was: While various bits have become shaky and rattle and while I might need to remain in idle a little longer to warm up, I've acquired a better sense of direction, created a more focused route and I intend to enjoy the road ahead without spending much time looking in the rearview mirror.

I might be close to running on empty but at least I'm running on all cylinders. I can still drive at night and I can turn the lights on bright.

But enough with the car analogies: let's get to the car radio. First of all, as long as Cousin Brucie is still alive, I'll believe in immortality. He's been on the radio since before I was born and I suspect he'll be there forever, like Peter Pan.

Peter Pan brings me to the No. 1 song on my Turning-60 Playlist.

As Peter Pan, Mary Martin delighted me in her televised pixie-glory until she sang Never Never Land, upon which every adult in the room would begin to sob. I didn't understand as a child but I understand now. A song about discovering an unmapped place that offers ``a treasure, more precious far than gold,'' can make even tough uncles weep. Once you have found your way there, past the second star to the right, in Never Land ``you can never, never grow old''.

What other songs are on the Turning-60 Playlist? Is it Tony Bennett's The Best is yet to Come or The Animals' We Gotta Get Out Of This Place?

Is it Peggy Lee's Is That All There Is? or Aretha Franklin's Respect?

Is it Gloria Gaynor's I Will Survive? Or Blue Oyster Cult's ``(Don't Fear) The Reaper,'' with or without more cowbell?

In other words, are those of my generation defined by We're Not Gonna Take It songs or by Those Were The Days, My Friends songs?

Am I The Little Old Lady from Pasadena (``You'll see her all the time/ just gettin' her kicks now/go, granny, go'') who is the ``terror of Colorado Boulevard'' or am I the placid grandma from When I'm 64 (``You can knit a sweater by the fireside'') who on Sunday mornings, when they ``go for a ride'' doesn't sound as if she can't keep her foot off the accelerator (OK, so I lied about ditching the car analogies).

Like the lady in the red super-stocked Dodge, I want to ``give 'em a length and then shut 'em down,'' even though I simultaneously want to offer the cozy comfort cherished by the Beatles' matriarch.

Or maybe it's a Broadway tune that'll be my showstopper. In A Little Night Music a servant girl, echoing Congreve's carpe diem message a few centuries later, insists that, ``a person should celebrate everything passing by.'' Knowing that no one individual can do everything, she nevertheless promises herself as many experiences as possible: ``There's a lot I'll have missed but I'll not have been dead when I die.''

Of course, there's always Ethel Merman belting out ``Curtain up/light the lights/We got nothing to hit/ but the heights.''

Until we're pushing up daisies, it might be good to remind ourselves daily that everything's coming up roses - for me and for you.

Let's avoid backing over them over with the Dodge. - Hartford Courant

Gina Barreca is an author and English professor at the University of Connecticut.