City where the real world meets the hypothetical 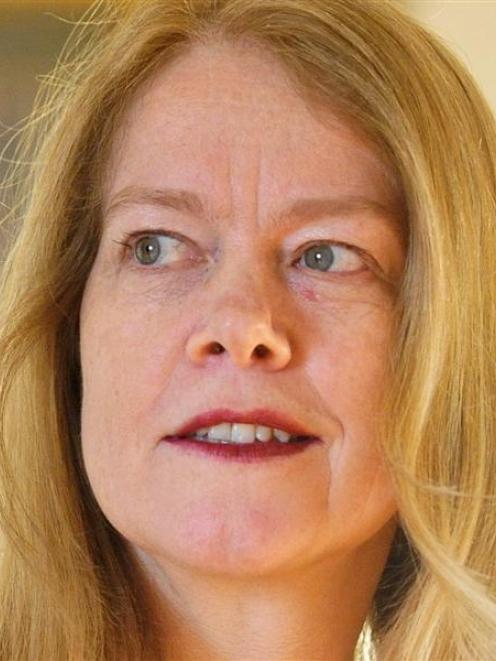 We heard through the Otago Daily Times that Dunedin must prepare for life in a changing world through an energy plan.

Apparently, according to the Dunedin City Council, we need a plan to boost our ability to adapt to future change and to take advantage of economic opportunities in a changing energy context.

We also must save costs and enhance quality of life resulting from energy-efficient improvements and reduce our climate change and environmental effects.

Apart from not being clear about what any of that means, or how we would know we had achieved it, this plan does seem like worrying about esoteric solutions to fancy problems when we have much more basic issues to contend with.

Currently, our debt is unsustainable, and it is likely, with the good job Paul Orders has been doing, we have reduced spending as much as we usefully can without making some hard decisions.

We have high debt, rates running at much more than the CPI increase, which funds many households, and little understanding, it would appear, of the economic reality within which we are operating.

Councillors have in the past taken some comfort from some other local rating authorities putting up their rates more than us. If this ever worked, it will not continue to work.

Throughout New Zealand, a new group has been formed called Affordablecity.

This group is fielding candidates in elections around New Zealand in October, with one already standing for the principles of Affordablecity in Invercargill.

The basic idea of Affordablecity is that each candidate, or each local party with these ideas, agrees to support five core principles:

4. Spending only on the basics.

They are also focused on core activities of councils, as described in section 11A of the Local Government Act; namely infrastructure, public transport, sewage, avoidance or mitigation of natural hazards, and libraries, museums reserves etc.

These ideas are gaining traction around New Zealand and will surely resonate with ratepayers as they see ever-increasing aspirations from councils and ever-decreasing abilities to pay.

It must be increasingly clear to all of us that while we want growth, increased business, higher wage jobs and all within a pleasant and respected environment, this is what all other councils want as well.

In short, we are competing with other options around New Zealand and overseas for the privilege of people choosing to live and work in Dunedin.

Concentrating any ideas and the inevitable financial ''investment' which would go with these on such as ''reducing Dunedin's climate change'' seems like the sort of thing we could do if we had spare money and were looking for ways to feel good about our environment.

And, of course, if we knew what ''reducing our climate change'' means. And we thought we could achieve it, whatever it is.

None of the above seems to apply to Dunedin at present, and certainly not in the light of our city having to show itself as more attractive than the alternatives to as many citizens as we can.

We will have to compete with councils who have decided to live within their means rather than having rates increases of twice the rate of increase of the pensions and student funding that underpin our city.

We will have to compete with cities that have taken on board the principles of Affordablecity.

And as a result we will have to think hard about how to make our city more enticing to businesses than other options they could choose.

And we will have to do these things with many of our ratepayers on fixed incomes, either in the pre-earning or post-earning phases of their lives.

Those on National Super, for example, are not in a position to say triumphantly they have kept their cost increases to 4% if their pensions have gone up 2%. Most elderly people are very worried if they think they can't live within their means, even if they have capital to resort to.

The council does not have capital sitting around looking for inspirational or aspirational projects to back. And central government places increasing demands on local authorities with funds to back these high-minded ideas sorely lacking outside Christchurch and Auckland.

So when we make submissions about our new Energy Plan, maybe we should think about adapting to current conditions rather than future change.

Maybe we could even think about getting Dunedin to the position where it could be the kind of city where our own and other potential citizens could take advantage of economic opportunities, rather than expecting the poor old council to have yet another attempt at taking advantage of opportunities on our behalf.

That way, any risk of these opportunities not reaching their potential will not fall yet again on us ratepayers.

• Hilary Calvert is a Dunedin resident with an interest in small government.