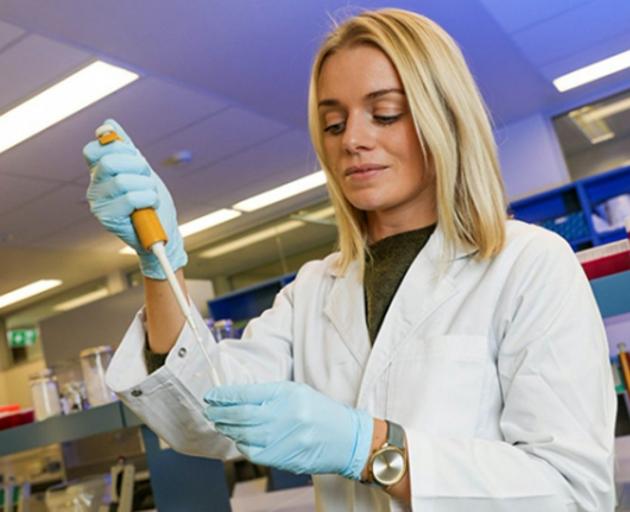 At an Otago Medical Research Foundation Club Otago lunch earlier this year, an evolutionary viral geneticist, Jemma Geoghegan, educated us about how Covid-19 virus gene tracing can help control the spread of infection.

She showed what can be achieved when basic scientists, epidemiologists, administrators, politicians and the public work as a team to achieve a nationally important target. This relationship has been threatened by some recent events.

New Zealanders’ life expectancy has risen from 35 to 81 years over the past 200 years, though skewed initially by high infant mortality.

Before the scientific revolution, illnesses were treated with a combination of folklore and local experiences, perhaps by the local shaman. Fanciful ‘‘old wives’ tales’’ proliferated. Doctors at that time were hardly helpful in restoring the sick to health.

My first research experience in 1965 was in a nutrition unit studying diseases with a high mortality amongst malnourished children. While clinical management was developed successfully, it was evident that no matter how well we treated potentially fatal acute illness, long-lasting benefit mandated addressing the underlying malnutrition.

Much broader issues were involved, including reducing poverty and joblessness, improving education, housing and political approaches. That was far beyond our medical ability, and depended on a much wider range of purposeful teamwork from multiple sources.

The current Covid-19 pandemic also needs multifactorial measures for its control. We in New Zealand have had the privilege of living in a country where Covid-19 has been treated purposefully.

This resulted from a series of carefully developed policies based on sound data. Basic scientists, epidemiologists, administrators and politicians all played significant parts. Most importantly, effective communication with the population, the team of five million, became part of the solution.

Dr Geoghegan showed us how the complex genetic structure of the Covid-19 virus could be used to trace the equivalent of its fingerprint, and demonstrated how it evolved and was transmitted in the community. She was involved in world pioneering research showing how easily Covid-19 can be spread, even during a two-hour flight. These techniques have played an essential part in tracing the progress of Covid mutations.

This was of crucial value in enabling New Zealand to initially eliminate the virus by targeted tracing and testing. But her advice would have fallen on barren ground if the epidemiologists and statisticians had not been there to advise on what to communicate with the population at large; or if this advice was ignored by the politicians (as in Brazil); or if the administrative structure was not put in place to enact the policies (as in the US). Despite human foibles occasionally rocking our waka, New Zealand has gained world recognition for its initial successful actions. Then along came the Delta variant, and now Omicron.

But as we have seen, until the whole world is immunised, as with smallpox, we all remain vulnerable to the effects of further mutated variants. This is now a reality. An effective vaccination programme is essential to control the spread of such differently behaving viruses.

Additional challenges are presented by those who prefer not to believe in the scientific method or modern medicine. Disinformation and conspiracy theories are now aided and abetted by unscrupulous use of the internet. Dark age attitudes are revived, with the efficacy and safety of vaccines queried. Reversing the benefits of modern science inevitably increases death rates.

We need only look at countries where the positive chain of factors that benefitted New Zealand have not been applied. A wide spectrum of factors has influenced such attitudes, including politics, finances, ignorance, and many aspects of selfish human behaviour. Morbidity and mortality in countries often relate proportionally to the rejection of scientific principles, as seen in the US, Brazil and many others.

We New Zealanders should be grateful to have been able to live in a predominantly Covid-free environment for such extended periods.

That would not have happened without active collaboration of scientists, doctors, politicians, administrators and the community.

Application of similar collaborative teamwork would help us deal with other current pressing problems in our country.

Examples include climate change and cancer management, where evidence-based actions are demonstrably beneficial, but come at a cost.

It would require exceptional collaboration amongst us in our team of five million to rise to this challenge. Simpler and less wasteful lifestyles would help promote healthier and more equitable communities.

Crucially, scientists, politicians and the community all have essential parts to play in the teamwork essential for progress in that direction.

- Gil Barbezat is a University of Otago emeritus professor of medicine and a past head of the gastroenterology department.