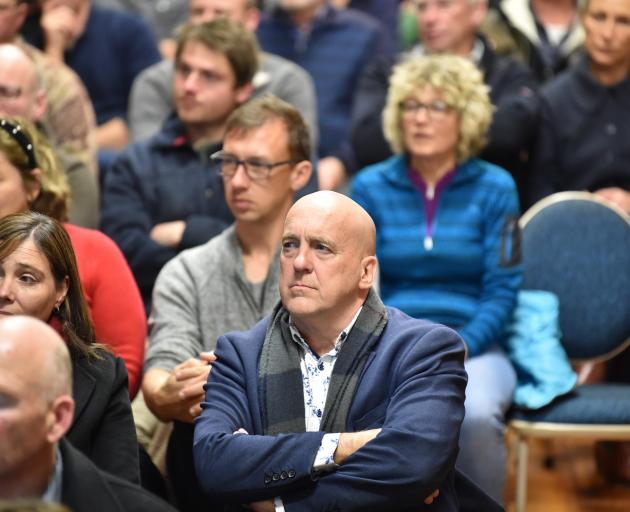 Like many people, I read with concern and incredulity the front-page articles in the Otago Daily Times on Monday and Tuesday this week where Aurora leaders have cried foul over the Commerce Commission’s handling of its customised price-quality path (CPP) application.

On Monday, the paper referred to a letter written to the commission by Sian Sutton, communications manager for Aurora. In this letter, she complains on behalf of the company that meetings held in relation to the CPP were inadequately managed by the commission, and asks the commission to review the value it feels it can take from these meetings.

In particular, Ms Sutton focused on the Alexandra public meeting. I attended this meeting (as well as the stakeholders meeting and the Cromwell public meeting) and agree that it did not progress smoothly, but for Aurora to lay the blame for that at the commission’s feet is beyond the pale, in my view.

My sense that evening was that the commission was taken by surprise by the amount of anger present and struggled to manage the meeting in the face of that anger, alongside some technical difficulties.

I can understand why the commission representatives struggled, as I have attended hundreds of meetings and have never seen public anger such as what I witnessed that night in Alexandra.

However, in my view that anger was primarily caused by past Aurora failings and the current and future consequences to the community of those failings. I feel that anger was only inflamed by the decision by Aurora to have representatives attend the meeting.

Much of what happened that evening shouldn’t have occurred at a public meeting and offered little to move the process forward, but it was a venting that I do not believe there was any stopping, and Aurora attempting to lay blame for this outcome at the commission’s feet is something I cannot let go by without challenge.

I am further troubled by what appears to me to be an insinuation in Ms Sutton’s letter that some “unexpected attendees” at the Alexandra stakeholder session the following day, being Richard Healey, Steve Tilleyshort and Rob Douglas, should not have been there as they either did not live in the area (Healey and Douglas) or did not represent a particular group (Tilleyshort).

In my view, the community owes these former employees and others with experience a great deal of gratitude for their continued efforts to level the knowledge playing field, without which Aurora would hold an unassailable advantage.

The complexity of modern power transmission is such that a layperson (including myself) has no realistic chance of asking reasonable questions of the company, while the experience of these gentlemen allows those questions to be asked.

I question the motivation of the company in making particular note of these three being present at the stakeholder meeting and hope this is not a veiled effort to have the commission or other government agencies exclude them in future and trust that, if it is, it will not succeed.

In the Tuesday edition of the ODT, it was revealed that Aurora chairman Steve Thompson requested an urgent meeting with commissioners following the release of the commission’s draft decision.

The commission needs applauded for not acceding to this request by the company to open a back door to discussions outside the formal process.

Also in that article, I, like many in the community I serve, was staggered to read that Mr Thompson said he had little confidence the commission appreciated the ‘‘real-world consequences’’ of its proposed decision.

Apart from the upset that the contents of the two articles caused this week, what are we to make of all this? I sincerely hope that this is not a prelude to Aurora seeking to challenge an eventual outcome from the CPP that it does not like.

What worries me more is that this week’s reporting shows a great deal of self-serving behaviour by the company — which, it must always be remembered, holds a monopoly — that does not bode well for the future.

In the Central Otago District Council submission to the commission on the CPP draft decision, the governance side of the council highlighted what it believes is needed from the commission going forward, being that “for the length of this and any consequent CPP, the commission takes the role of a watchdog not sitting in its kennel but straining at the end of its leash ensuring the company fulfills its obligations to its customers; especially those in Central Otago”.

Further in the submission, the council seeks and suggests methods for regular reporting by Aurora to the community on progress in completing the work promised under the CPP within agreed costs in which the commission would play an ongoing and integral role.

The power imbalance between the company and the public created by the gaping chasm of knowledge such a specialised industry has, coupled with a belligerent attitude as displayed by Aurora through these two articles, makes the commission standing closely beside the community over the proposed five years of the CPP and beyond utterly essential.

Great reading, but again it is another piece in this sorry saga that fails to mention the role of the DCC, the Forsyth Bar Stadium and all the people that made huge amounts of money off the backs of the various ratepayers.