I get the need to go hard on the Covid lockdown, but it’s time for Ardern and Co to respect our common sense. I can’t drive a few clicks to an outdoor walk, even though every step’s zero contact. Where is the sense closing bakers while supermarkets are besieged?

Ardern led the closedown brilliantly. But I’m worried about competence to deliver the comeback. This crowd promised 100,000 homes and hadn’t a clue on delivering.

They reasonably chose to first tame the virus, while pumping out billions hoping there’d be enough firms left standing to lead the comeback. There would always be mistakes. It was silly during a State of the Emergency to close parts of the watchdog media. Immigration and police control of homecomers may have been farcical.

Ardern next needs brilliance in an area all governments have few skills — getting back out of the way of business. Jacinda is in a burstable bubble.

It’s clear (to the chap who thinks ahead) that we’re headed towards mass starvation. Ergo, the natural result must be a return to widespread cannibalism. What do you recommend as the best protection against this coming monstrosity by the meat-eaters?

(We must immediately be unkind). Clive if, as I suspect, you’re a vegan, give it up immediately. Cannibals will take a fancy to you vegans. You’ll be the closest they can get to grass fed.

Humankind is the planet’s worst virus, not Cov-19. The Wuhan flu is a wonderful boost to environmentalism. Bloated industry shuts, so smog vanishes and carbon dioxide now plummets towards our zero goals. Bicyclists become safe from motorists. I’ve read that in Venice, turtles (or perhaps it was goldfish) have been spotted swimming up the Grand Canal. Rejoice!

Come on, admit it, Shoshone. You’re a dolphin who has learned to type with its nose.

The US and British governments are rumbling about an eventual “reckoning” with China over the devastation from Covid 19. The damage would have been much, much, less if China’s totalitarian government hadn’t at first tried to hide it. (And then had the hide to blame the virus on the US military).

Commentators talk of forcing China to pay reparations for negligently denying the world a chance to be better prepared. But China looks like coming out of the pandemic in far better shape than the West, so surely they’re now impregnable. Reparations can only be enforced by a victor.

China is very vulnerable to “in extremis” economic reactions. If countries decide they must re-establish whole industries ceded to China, a first step will be eye-watering tariffs on Chinese imports. Confiscation of farmland and businesses bought by Chinese government corporations would also be considered. (Long before there was a Trump presidency, the US seized Iranian assets to fund compensation for terrorism victims).

But those are perilous questions for another day. It’s the attitude to China that will certainly change. Because of China’s financial clout, government and business has been supine in the face of its commercial bullying, and its blatant dishonesties. This meek attitude won’t survive public anger with China.

It’s only weeks since the Chinese ambassador to New Zealand, Wu Xi, stood in front of the cameras, and made the threat that NZ’s bilateral relationship (read our trade) would suffer if we temporarily closed our doors to Chinese students. Oh, and this was while China was busily expanding its internal quarantines.

The lockdown is tough, but I hear people saying this is a flea bite, with the worst still to come. What’s your opinion?

They’re correct. It’s only a matter of days before the Jehovah’s Witnesses figure out that everyone is at home.

I have studied your column since its birth. Analysing its verbal patterns, its sentencial rhythms, the mnemonic encoding, and the use of the common comma, I have reached a scientific conclusion about the origin of its letters. They are written by Uncle Norm himself. Please confirm the truth of this allegation.

(I thought you were about to announce they were written by Shakespeare). Dumbfounded by your research, I must state the obvious. The letters are laboriously penned by Uncle Norm’s erratic Arrowtown nephew, whose name appears at the bottom of this column. (I shall speak to him about the commas). He tells me he receives suggestions from the more eccentric class of ODT reader. 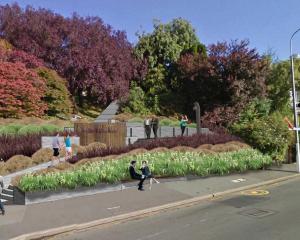 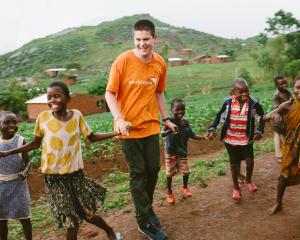 Your correspondent Yvonne S Smart is military! 'Clicks'. What a giveaway.

Business is not 'supine' - flat on its back. It's prone.