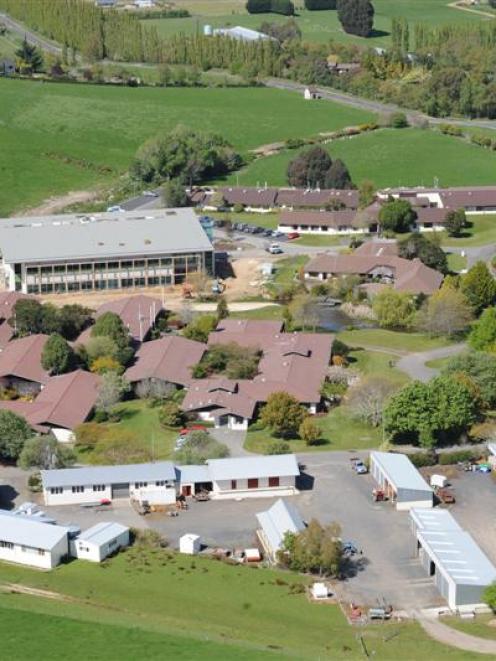 Invermay. Photo by Stephen Jaquiery.
Gordon Cossens fears for the future not just of Invermay but of an effective AgResearch.

I sympathise with Dr Tom Richardson who is caught between falling research funding and the need to make a profit.

However, I do not agree with his solution.

It smells a little like the Andrew West-Lincoln University arrangement of 2009. Andrew West was CEO of AgResearch at the time and now is vice-chancellor of Lincoln.

Dr Richardson was CEO of the Forest Research Institute before coming to be CEO of AgResearch.

FRI, of Rotorua, now conducts its commercial operation under the brand name of Scion.

He and his AgResearch team have been well indoctrinated by the corporate ideology to adopt corporate practices in research or perish.

Is there any proof that agglomeration of research produces innovation (as promoted by Steven Joyce) or indeed excellence?

Was Invermay more innovative after 1992 when it became a member of the corporate structured AgResearch?

The answer is no; Invermay lost structure and impetus.

Agricultural and horticultural science appear to have become the poor public relation to the whole of society, that is the 85% that are urban.

The old Maf was held in high regard, and indeed Maf still is by the general public (or was until it became Ministry of Primary Industries - its old name from the 1890s).

This rapport was mainly the result of frequent contact with individual farmers and the public.

The influence of Maf on central government on behalf of the people of New Zealand was largely lost when the advisory service was disestablished in the 1980s.

With the user-pays philosophy of this period of Douglas-Upton-Richardson (Ruth, not Tom), any farmer influence in central government went into rapid decline, especially after Prime Minister Lange declared agriculture a ''sunset industry'', echoed by Warren Cooper, ex-Cabinet minister and mayor of Queenstown.

In fact, farmer influence and public and government awareness of farming had been steadily eroding since the end of the 1950s.

By 2007, it was at its lowest and, by 2008, attempts were being made to reverse this - even by Andrew West. The dairy industry ran TV ''feel good'' advertisements about farming and the Clark Labour government promoted a $700 million seeding fund for agricultural research and development.

It is not possible to predict research winners. Corporate culture is not suited to science culture and scientific knowledge as an altruistic end point. It

views research of 12 to 25 years as unpalatable. Stop-go research of two to three years offers no security of scientist job-tenure, nor of a career path nor any reliability of long-term funding and financial, let alone scientific, planning.

Collaborative works all entail the managements, control and decision-making problems inherent in any partnership or joint venture without the uncertainty of staffing and funding idiosyncrasies.

Urbanisation is an intrinsic problem of the CRI - that bigger in one place is better than smaller in many places. Following ''urbanisation'' there is a second problem of ''domestication'', where staff sit at a computer all day and neglect the field and contact with people in general.

There still remain problems of corporate market-driven ideology, endemic in all society despite its deficiencies and revealed in the recent financial worldwide collapse; of a new public institutional trend to outsource outside advisers to advise the institutional advisers.

''Objectivity'' should be the scientist's stock in trade.

In the best of all worlds, scientists in CRIs and at tech-industry research firms would spend their time giving unbiased, educated opinions.

But in this world, filled as it is with dotcom money blowing every way, objectivity seems a luxury few can afford.

Scientists of all stripes - down to lowly researchers - increasingly derive a portion of their compensation, directly or indirectly, from companies.

That helps put pressure on the quality of their work and encourages them to become more like cheerleaders than independent observers.

It has always been hard to know how objective scientists really are. Consider who ''butters their bread''.

Invermay's problems date from the 1992 CRI formation of AgResearch from Maf Research Division and DSIR Grasslands.

Maf Invermay Research was multidisciplinary, comprising plants, crops and animals, weeds and insects as well as forestry, climate and soils.

Because of gross underfunding, AgResearch was forced to regroup among animal-plant units and this left Invermay by 2005 in a weak position.

The idea of all research being at Lincoln and/or Massey Universities was flirted with by Treasury at the rebuilding of Invermay in the 1980s.

Hence Andrew West's attempt to form a Lincoln-AgResearch marriage in 2009.

Although he failed in this, he was later appointed vice-chancellor of Lincoln and perhaps will see his baby at last.

The final blow may well result in the demise of AgResearch, it then becoming an extension arm of Massey and Lincoln Universities.

In the end it is expedient for 85 staff to be sacrificed so AgResearch can be saved.

• Gordon Cossens is a former Maf scientist, at Invermay and Alexandra.