Crisis offers a fork in the road 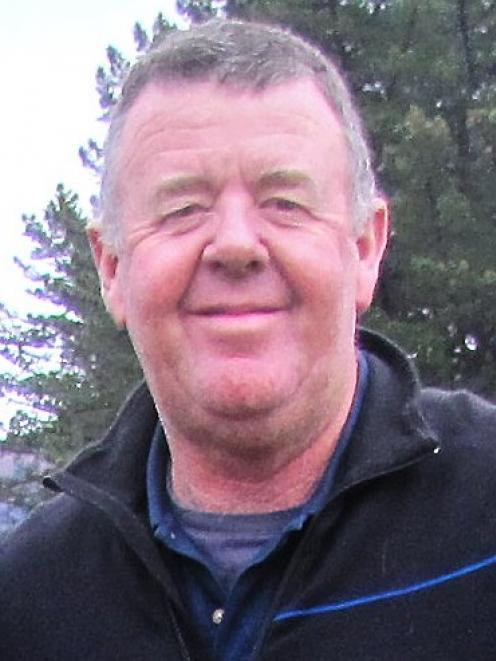 Greg Turner. Photo: ODT files
Arrowtown-based golf course designer and former golf pro Greg Turner asks whether Covid-19 will provide an opportunity for a social and economic reset — or whether it is merely an interruption.

Life under lockdown hasn’t been so bad for us. We’re fortunate to have had the kids (well, they’re not kids anymore) at home and have the space to give each other space. Conversations have been interesting, exercise more frequent and backyard sport has made a resurgence! And while reports from afar present a grim picture, it’s possible to feel that there is nowhere in the world better to be at the moment than here in New Zealand.

We have spent much of our time looking forward, like many I suspect, trying to foresee when we will emerge from this enforced hibernation (enforced by a virus not by our Government). Without doubt there will be many challenges ahead, businesses and jobs in peril, livelihoods ruined or in disarray. But the optimist in me thinks that there will also be some benefits.

Wandering the streets of Arrowtown I’ve sensed a much improved sense of camaraderie, smiling faces and cheerful greetings (albeit from a safe distance). The recognition that we’re all in this together seems to bring out the best in most.

I’ve for some time felt like we’ve been operating in a bit of a stupor - accepting that the treadmill that has evolved over the last 40 years (especially) is somehow inevitable. We’ve somehow become accustomed to accepting the idea that price determines value rather than value determining price, that it is only the business of “the market” to decide such things. How ironic that many of the jobs the market has chosen to reward poorly have proven to be the most important at this time!

It’s hard to get off a fast spinning treadmill but having done so will we want to restart the same treadmill, or will this interruption to normal service cause us to question whether normal service is what we want restored?

Will we see the impacts of Covid-19 as an interruption or an opportunity for a reset?

For many the move to working from home would have been a hard one to take. But having been forced into that transition will they see it as more feasible than before? Will some businesses decide they could do with much less office space, that hot-desking and rotating staff in an office means less overhead? Will the skills we’ve necessarily developed online reduce the demand on retail space?

And as a nation, will the desire to become more self-sufficient become a focus? I recall a book I read in the late ’90s titled False Dawn which bemoaned the march to greater globalisation as full of dangers. It now seems even more prescient than at the time.

Clearly agriculture and horticulture are going to play an increased role over the short to medium term, but hopefully this won’t mean we ignore the issues facing those industries. It felt like progress was being made with discussions on regenerative farming, around more sustainable practices, improving water quality and moving toward more value add. I hope that crisis elsewhere in the economy doesn’t kill the momentum that was necessarily building.

It’s hard not to feel that the type of mass international tourism that prevailed, often both providing and dependent on low-paying jobs, was a bit of a fool’s errand. Will we look to rebuild that model or will this crisis provide us the opportunity to chart a different path?

I’m ever hopeful that the New Zealand that emerges from this giant global event might be a better place than before, where we’ve recognised that the way wealth and esteem were distributed was inappropriate; where we are more attuned to our interdependence and therefore more empathetic to the circumstances of others; where we come up with new measures of success other than GDP, economic growth and the state of the NZX; and with a world-view that recognises the economy is there to serve society NOT society to serve the economy.