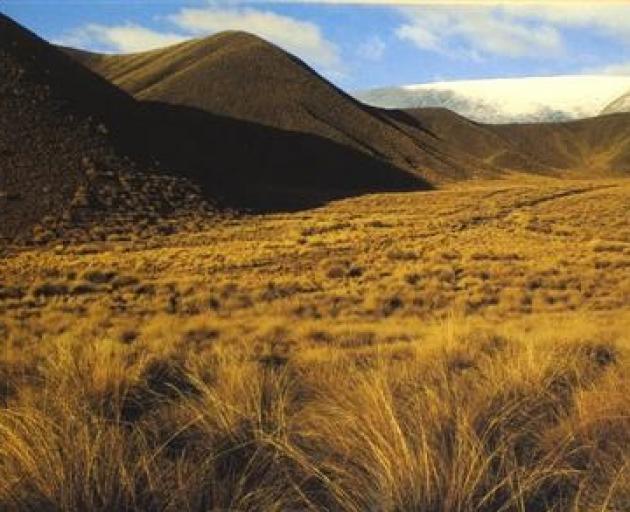 Photo: ODt files
“Our primary sector is such a huge part of our economy and our brand.”

So said Prime Minister Jacinda Ardern on July 7, announcing the launch of a plan to help farmers “to fetch more value, create more jobs and bolster our green reputation”.

Sixteen days later, her Land Information Minister introduced a Bill that threatens the economic future of a collection of farms that embody Brand New Zealand; compromises the ability of those farms to provide the raw materials that underpin some truly global labels; and puts at risk the long-term environmental wellbeing of the land it is supposed to protect.

A week, as they say, is a long time in politics.

Currently, 1.2million hectares of the South Island comes under the Crown Pastoral Lease regime. These are not the type of leases that cover a house or commercial building: while they have 33-year terms, they are perpetually renewable, meaning the leaseholder enjoys exclusive possession of the land indefinitely.

The pastoral lease system was introduced in 1948, at a time when farmers leasing Crown land in other parts of the country were being given the right of freehold. It was intended as a way for the Crown to restrict land use and make farmers responsible for weed and animal pest control and erosion control. Fifty years later, the Crown introduced tenure review, a voluntary process where Crown pastoral land considered of lesser environmental value could be sold to a leaseholder and areas with high ecological and recreational value could be returned to full Crown ownership as conservation land.

Driven by a belief that tenure review has caused significant ecological harm (despite it adding tens of thousands of hectares to various Conservation Parks), Land Information Minister Eugenie Sage has opted not to refine the way the review process is carried out or to change the negotiating mandate given to her officials, but to introduce legislation that will end the process completely and will also dramatically change the contract under which remaining leaseholders farm the land.

The current system balances economic, environmental, cultural, recreational and heritage values. The Commissioner of Crown Lands must balance those inherent values when deciding whether to grant a consent for all but a clearly defined set of pastoral farming activities that are automatically permitted under the existing Act.

In the Bill proposed by Minister Sage, recreational values are no longer mentioned, while economic values are mentioned only in the sense that the Commissioner is specifically instructed to disregard them. This despite the same Bill instructing all parties to “seek to achieve” a fair return to the Crown on its ownership interest in pastoral land.

High country farms generate good economic returns for commodity products in an environmentally friendly fashion, particularly as global demand for safe food and fibre with a clear provenance continues to grow. Perhaps even more significant are the indirect economic benefits: think of the value of brands such as Allbirds shoes, Icebreaker, SmartWool, Kathmandu, Silere lamb and Cervena. For The Lord of the Rings fans, think Edoras (aka Mt Sunday).

Completely discounting recreational values and significantly downgrading economic considerations not only threatens farmers’ ability to supply those brands with the raw materials that make them what they are, it also compromises farmers’ ability to look after the land. It is the economic returns from farming and other activities that enable farmers to deliver good environmental outcomes. Put one at risk, and you jeopardise the other.

If farmers can no longer carry out that work, who will? The Department of Conservation does not have sufficient resources to manage the existing conservation estate, let alone a larger one; district and regional councils also lack the resources, expertise, and mandate to do this.

If Minister Sage has her way, it will be a tragedy for the land, for the families which have nurtured that land, and for their local communities.

Like many tragedies, it will contain farcical elements. While new regulations require farmers to fence off waterways and wetlands, Minister Sage’s Bill requires leaseholders to obtain consent to install fences that are outside a cultivated area.

While the Greens advocate loudly for animal welfare, installing a new stock drinking trough is not a permitted activity under Minister Sage’s proposed Bill (maintaining an existing one is OK).

And while the Greens policy is that working people are entitled to fair and reasonable breaks, new restrictions on burning vegetation will mean boiling the billy is no longer “permitted”.

- Philip Todhunter is chairman of the High Country Accord Trust.

It is unfortunate but time and time again many Kiwi farmers have proven that they can not be trusted when it comes to protecting the environment. Indeed by its very nature farming is destructive to any natural environment. That damage is amplified further when grazing animals are introduced into an environment that has no natural grazers. For example replacing the Buffalo of the great American prairie with cows that are free to roam will cause far less environmental damage than replacing the McKenzie district with artificially fertilized exotic irrigated pasture grasses that are fed to cows at a maximum stocking rate. Farmers have had their chance but the blew it! The few may have spoiled it for the many but either way I'm sorry but you can no longer be trusted.

Mr Todhunter could be expected to write an opinion piece like this. It is totally one-sided and presents only his opinions. I guess there may some other leaseholders affected who share part, or even all, of his opinions but there is certainly no evidence of this in his writing.
He does not even name the Bill that he almost totally misrepresents in his opinion piece. It is the Crown Pastoral Land Reform Bill 2020. It updates ancient legislation that has been in place, amended from time to time, since colonial times. It brings Crown Land management into the 21st century and along with seriously overdue environmental protections brings the entire field into the modern free market. It will make these privileged whiners actually work to make a living and to fairly pay their way.
Will it affect farmers, Yes. Will it impact their profits, Yes. Will it free up public access to parts of the country that farmers have denied us in the past, Yes.
This is not a draconian piece of socialist legislation, it is an opening and freeing up of our assets that is long long overdue and entirely in keeping with creating the type of Nation New Zealander's expect to be part of. Go The Govt.