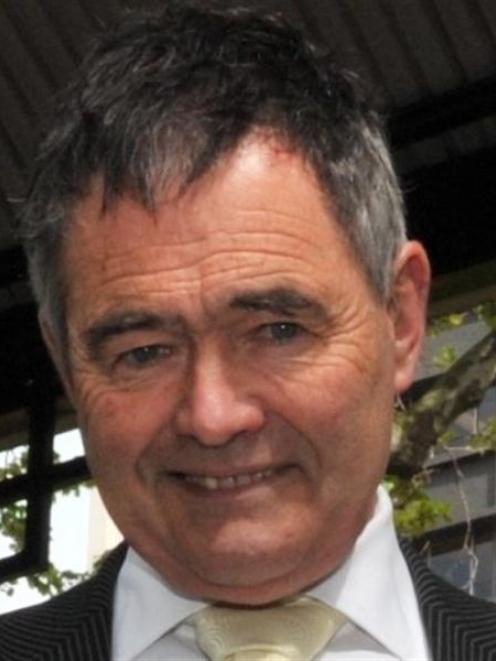 Dave Cull.
Dunedin Mayor Dave Cull lays out what he sees as the challenges facing the city council next year.

This year has been a time of challenge and achievement for the Dunedin City Council. Costs and rate rises were substantially contained despite significantly reduced cash-flows.

Information flow and public transparency have been enhanced, council confirmed a visionary spatial plan and council company governance has been substantially overhauled and improved.

However, we are not out of the woods by any means. Now our attention must turn to 2013. The first item on the year's agenda, in the last week of January, is a councillor workshop on next financial year's annual plan budget. Staff have been working for a month or two, examining, rationalising, economising and planning, to bring any rate rise down to below the 4% target set by the council more than a year ago.

No easy task, as costs have risen, and the range of responsibilities imposed by central government has increased with no extra funding.

However, despite the truth of the old adage: "Mind the pennies and the pounds will take care of themselves" it is not the small decisions that will determine success or failure.

Two headline issues confront the council and nearly everything else follows from those.

The first is the council's debt burden, especially the debt on the stadium. In order to give ourselves some choices in other areas we must create some headroom there. That will involve a rearrangement of council assets vis-a-vis debts.

Second is the direction of our economic development effort. We clearly need to plan long term - sustainable development is essential. But we also need runs (and jobs) on the board ASAP.

Essential to both debt management and economic development is a far more rigorous, businesslike approach to weighing options and making decisions than has been displayed in previous years by either the council or its companies. We can no longer afford to "spend and hope", blithely ignore clear economic signals or believe our city can buck the trends, and evidence, commanding the attention of the rest of the world.

The council borrowed $146.6 million to build the stadium. The project's promoters projected various funding streams to service that debt.

Profits from the council-owned companies.

Payments over 10 years for corporate boxes and seats (private-sector funding).

Ratepayer contributions (the famous $66 per annum).

Without exception, those cash streams were planned on a "best-case-scenario basis": not sound business practice in any environment and plainly rash in the face of an impending global financial crisis.

None of the funding streams has performed as planned.

Council-owned company dividends are some 30% lower than promised and while stadium debt servicing has been maintained, the shortfall is at the expense of ratepayers who would otherwise be the beneficiaries of company profits. The so-called "private sector funding" treats operational revenue as capital. It is not guaranteed and is dependent on Super 15 and ITM cup rugby games continuing at the stadium. These difficulties were predicted less than four years ago, showing that those projected funding streams were wishful and lacking rigorous business analysis.

Where are we now?

About $12 million a year is required to service and repay the debt over a 23-year period. That has to be found at a time when the council is determined to limit rate increases in the next two years to 4% and 3% respectively.

It is clear while the city has to service that amount of debt, there will be little room for further development expenditure in the city. Yet we know there are projects that must go ahead if the city is not to slip backwards and stagnate in a challenging global environment: challenging both financially and environmentally.

They include implementing the economic development strategy to create more jobs, development of the warehouse district to save and enhance the inner-city environment, addressing Dunedin's housing issues, and grasping the tourist opportunities of connected cycleways.

Our economic development strategy must take account of recent experience and research around the world. Climate change and energy depletion are confronting every nation, some horrendously. Simultaneously, they are providing unprecedented economic opportunities in the renewable energy and "smart technology" fields. While other economic possibilities like oil and gas exploitation support are clearly on offer in the future, these opportunities, and the jobs they could create, are within a year or two's reach.

So in the context of our upcoming annual plan budget, what imperatives does the council face now if it is to meet these challenges and grasp the opportunities?

First, the amount of dead weight debt on the stadium must be reduced.

The council's operations must be made as cost-efficient as possible. That process is already successfully under way, with more than $12 million saved last year.

The council must be able to say "no" to non-essential spending demands. The opportunities and imperatives that a rapidly changing global environment present us must be grasped.

The council must leave behind the former "borrow and hope" and "spend up, the surplus will cover it" attitudes. Finally, and most importantly, the council must rigorously analyse long-term implications in a businesslike manner before making long-term decisions. Ill-conceived spending based on wishful thinking has a habit of coming back to bite us, and future generations.