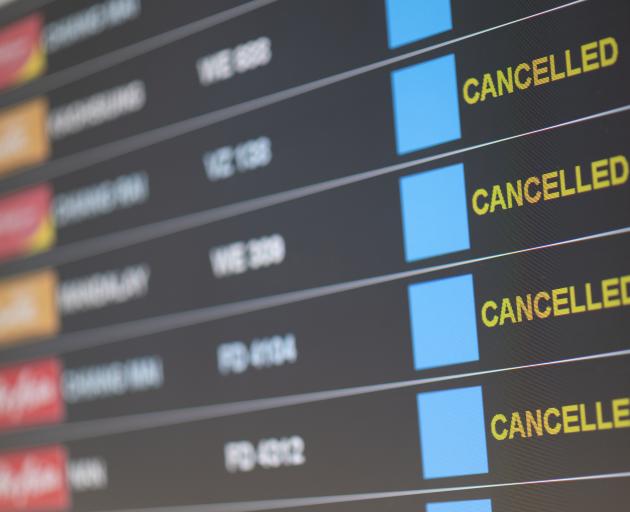 Here’s a tip for intending globetrotters. If you’re looking to fly out of New Zealand any time over the next few months — to the northern hemisphere generally, the United States or Europe particularly, or Britain especially — may God have mercy on your bank account.

Not to mention your blood pressure.

The prospect of reconnecting with friends, family and work contacts abroad is naturally thrilling. It certainly excited this writer.

Two years of isolation from the rest of the world was probably as much as anyone could stand, and possibly a little over, for denizens of one of the most travel-mad cultures on the planet.

Alas, the mechanics of moving about in a new world "in which reliability has been replaced with roulette", as one British magazine explained this week, ought to have even the most seasoned Kiwi traveller feeling a bit apprehensive.

In this new post-Covid era, as The Spectator notes, airlines routinely sell tickets for flights that have no chance of ever taking off, many major airports are chronically understaffed and travel agencies may or may not compensate for the massive disruptions routinely being experienced.

Elsewhere, reports abound of hours spent in security lines, lost baggage and other intimations of aviation madness, including lines of passengers stretching outside airports and waiting for hours (What if somebody in such a queue needs to use the bathroom?) As one stateside travel analyst recently put it, finding available flights and bearable fares has become a Hunger Games-like battle. "And the concern I have," adds Henry Harteveldt, "is that there’s absolutely no wiggle room, no flex room, in the industry if and when something goes wrong." You can say that again.

Last week, the first leg of what was to have been my 24-hour journey to London was abruptly abandoned by Air New Zealand in Wellington, meaning my Auckland connection to Singapore was missed.

What to do? I quickly discovered that most of the popular routes to the northern hemisphere, including the ones used to get to the UK, are sold out for many weeks and in some cases months.

Eventually, one lonely alternative did open up, this one that would have had me in the UK travelling on Malaysia Airlines by way of Kuala Lumpur.

So there I was a week later in Auckland having once again checked luggage through to London.

At the check-in on Monday night, I was informed my name had somehow fallen out of the system. Another flight needed to be arranged. But replacement flights had become even harder to discover than a week earlier — and often hideously more expensive, too, for those who can’t wait.

A new booking to London on my date of choice flying economy, for example, clocked in at $19,000, which is to say, about 20 times the going price before the pandemic. Talk about inflation.

Why is this happening? The skyrocketing cost of jet fuel is one factor. Mostly, though, it’s a matter of insatiable demand meeting diminishing supply. The industry seems to have been oblivious to the pent-up demand that would surge after the ending of coronavirus-related travel restrictions.

Still, it’s not as if the eclipse of "Fortress New Zealand" wasn’t flagged well in advance by the Government.

Industry heads had a lot of time to get their act together before the predictable tidal wave hit.

Coincidentally, perhaps, a circular email appeared in my inbox from Air New Zealand’s Greg Foran, exulting over the happy commercial sound of companies "firing on all cylinders once again".

Although this does come with some "complexities", Mr Foran added. "It’s a lot easier to shut an airline down than it is to get going again. We are ramping up carefully to ensure we have sufficient resource across the business to get the job done safely." Good luck with that, captain, and good luck to anyone hoping to nab their own ticket to paradise at a time when international travel appears to have replaced toilet paper as the demoralising craze of choice.

Now if you’ll excuse me. I have yet another UK-bound plane to catch.

- David Cohen is a Wellington journalist.