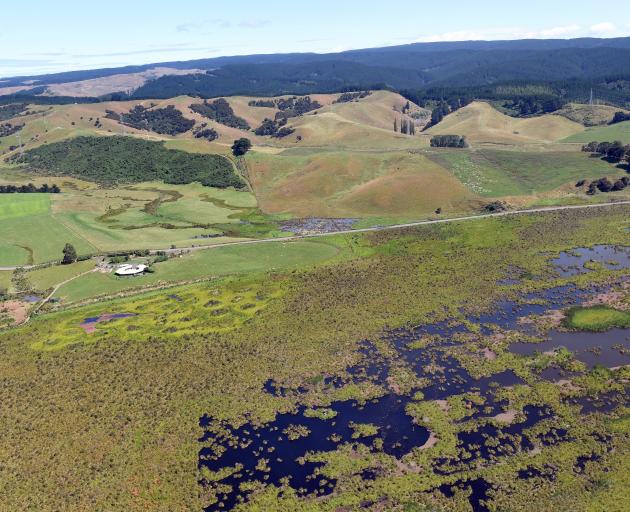 Being wet is the nature of a wetland. PHOTO: STEPHEN JAQUIERY
Nigel Paragreen outlines the hidden costs of new housing developments.

Events have intersected this past week in a way that highlights the hidden costs of our cumulative urban planning decisions.

In Mosgiel, a sub-development was approved which could add up to 500 lots on to the outskirts of the city. This followed calls to expand housing further into the Taieri Plain to address Dunedin’s short housing supply. The Government also released its long-awaited emissions reduction plan on Monday and will undoubtedly shape the climate responses of cities such as Dunedin.

What are the consequences of an expanding city? Will we end up like the residents of Auckland or Wellington, with their painful commute and failing infrastructure?

When cities expand, they most often take up space that is already being used by people and nature. This is especially problematic when thinking about expanding on to the Taieri Plain. There, the crisscross of roadside drainage already reveals a story of loss. The plain was once a giant complex of wetlands and lakes. What would have been a haven of ecological productivity was progressively drained with the arrival of Europeans.

In Otago, only 24% of historical wetland extent remains, placing significant pressure on the species which once lived within. With the Government’s aspiration to restore waterways to a healthy state within a generation, we should be looking seriously at returning places such as the Taieri Plain to their former glory, rather than building on them.

Besides, a former wetland isn’t a great place to build houses. Despite all the drainage schemes, the plains regularly flood. If people are concerned about regional council rates now, imagine the cost of running the lower Taieri flood schemes in the face of climate change. A higher sea level combined with more vicious storms is surely going to lead to more cost and complexity for flood schemes.

Being wet is the nature of a wetland — the name says it all. These aren’t places to build houses, they’re vulnerable ecosystems that should be restored. Doing so is beneficial for nature and humans alike. Restoring wetlands in the Taieri Plain may well provide a buffer against future floods for the residents of Mosgiel and become a massive carbon sink to help with achieving net zero emissions.

On the emissions front, the form of our urban areas matters greatly. Transport emissions are roughly 20% of New Zealand’s total — greater than electricity and manufacturing emissions combined. At the household level, transport is the leading contributor to our carbon footprint.

Both the Government and the Dunedin City Council have made ambitious commitments to reducing emissions. For the best chance of keeping climate change impacts in check, we must honour those commitments.

The recently released Emissions Reduction Plan will direct where the rubber hits the road in that sense and transport is one of its major focuses. The plan is set to incentivise a shift in the way we move from place to place. This is a positive direction, as replacing private car trips with public or active transport is one of the most effective ways to combat traffic, reduce emissions and make cities more liveable.

If emissions won’t put the brakes on private car trips for the most of us, then the traffic eventually will. Larger cities have learnt the hard way that the space taken up by cars quickly gets out of hand. Waka Kotahi NZ Transport Agency, in its plan to increase wellbeing in cities, cautions that adding roading capacity in cities without alternative travel options often negates an initial congestion relief over time.

If we’re going to take advantage of alternative transport, it’s better to keep the city compact. The wider our cities sprawl, the harder it is to run an effective and convenient public and active transport system.

We can create housing in Dunedin that is affordable as well as sustainable. To achieve this, we need to fight the urge to expand the city and encourage as much as possible the responsible densification of existing urban areas over the development of new areas. We must plan now to create convenient and effective active and public transport systems. Most of all, we need to ensure that development sits within environmental and climate constraints.

This next decade is crucial. We must do our part to address climate change while our city grows. Proactive urban planning decisions now will make our lives better in the future.

We just need to get on with it.

Well said. To think, there was once talk of moving the population of South Dunedin to the Taieri.

Thank you for saying what needs to be said.
Building on a flood plain with increasing flooding events is the very definition of insanity.

The developments on the Taieri are not occuring on a flood plain. While most of the Taieri IS floodplain and converted swamp, this is not what the developers are after, as swamp is expensive to build on. The two areas that are being targeted for housing are the alluvial fans of the Silverstream (Mosgiel) and the Taieri (Outram) respectively - You will see no building beyond these areas.

An alluvial fan forms when a river emerges from a steep valley and suddenly slows down. This dumps out silt, not clay (too light) or stones (too heavy) into a gently sloping free draining but otherwise flat soil of superb horticulural quality. As it is free draining flat, not too flood prone and stone free, it is also absolutely the cheapest land on which to build roads, houses, whatever you want. As it's the cheapest, it's also the most profitable...

That's why Johnny Developer is furiously concreting over the two best bits of land for miles every direction - There will surely come a time when we will sorely need it, but as they strip the topsoil, sell it off, and then pound yellow loess clay into it as well as filling it with concrete, pipes and pollutants it can never be remediated.