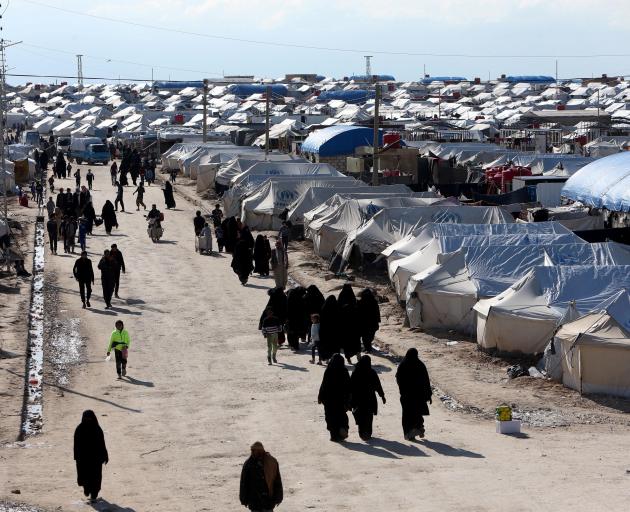 I made sure I packed three large packets of mini-sized milk chocolate bars this time, which replaced the collection of Spike Milligan books in my small suitcase.

I justified this by the argument that reading Spike Milligan novels for the third time could wait for another occasion. This collection of chocolates was an attempt to bribe the crying children during ward rounds in various hospitals in overseas health missions I work for in war-torn countries.

The simple truth is that no child can refuse chocolates, irrespective of my ability to speak their native language. Our hospital was close to Raqqa, in Northern Syria, which was the capital of Islamic Caliphate for a number of years, but freed after the relentless bombing by the United States military and their allies in 2017. Isis was finally defeated in March of this year at Baghouz, the last stronghold of Isis, not far from Raqqa.

Northern Syria is getting back to normal life, but as is often the case after a war, the medical care offered by the authorities is very limited, the poor having to travel to other parts of Northern Syria, including our hospital, for free healthcare. But there are a number of private hospitals around, with reasonable facilities, expensive bills and variable treatment outcomes.

In any war, there are large number of internally displaced people (IDP). In Northern Syria they are housed in two large refugee camps, at Al-Hol (over 75,000 people) and Ain Issa (over 14,000 people) being the two closer to us. There is a heavily guarded section in each of these camps called ''isolation camps'', housing the immediate family members of dead or captured ISIL fighters - a large number of women and children of different ages and nationalities. Many children are orphans. Even though most of them are entitled to the nationality of their parents, these children are a lost group because most countries are reluctant to own them. The isolation camp in Ain Issa has nearly 700 people, all of them women and children under 15 years of age.

Now to my story. I met a little girl in the hospital I worked at in Northern Syria*. She caught my attention almost immediately, because we had to pass a burly security guard to get into her room during ward rounds. She was very frail, around 8 years old, almost always curled up in bed, never looked at you, and never smiled or talked; she had a disproportionately large bowel bag attached to her. The hospital had provided her with a caregiver (I have no idea how she would have survived without someone else to feed her and care for her on a regular basis).

The authorities however made sure that she wouldn't run away and posted a security guard outside her ward. I couldn't picture in my mind her escaping the place. In my view the only way she could have hurt anyone else was by spraying the contents of her bowel bag at them.

I couldn't fathom what harm she could ever inflict on another human being in the condition she was in. I had, rather naively, thought I could make her smile and even make her talk, after suitably bribing her with chocolate mini bars I carried with me. How wrong I was.

Days and weeks passed and I was rapidly running out of chocolate bars, but no words and smiles were coming from Amira* Slowly I caught up with her story. Her parents, who were from one of the Asian countries, joined ISIL and were killed or captured in Baghouz, along with her sister in April of this year.

She received a major shrapnel wound to her abdomen and was operated upon in the local hospital and ended up in our hospital for care, along with three of her friends from the same place, all with different injuries, all recuperating together in the hospital.

She was happy for a while when they were with her. Unfortunately, the others had left the hospital over a month ago and returned to the isolation camp. Since then she had isolated herself. Lack of any meaningful psychological support made our task very difficult.

It is easy for us to have differing views about little kids like Amira. One could argue that we should go out of the way to help her because what happened to her is not her fault. But some may disagree and suggest that they are already indoctrinated into a violent precept and are likely to continue to perpetuate such ideology, given a chance.

But as a humanitarian worker I believe in the principle of moral equivalence. Who am I to judge anyone else for any wrongdoing when that person needs my attention and I am there to help?

I tried to further bribe Amira with a shiny new hijab; but the result was the same - no smile from her. I finally accepted defeat.

There are dozens of similar children like Amira in those camps of Northern Syria, with or without their mothers or siblings or friends, staring into an unknown future.

All are waiting helplessly in those hot and miserable camps, in dirt and squalor, with no hope or future. Many of these children are physically disabled and intensely traumatised. Unfortunately, they are not really welcomed by most countries where their parents came from, with their governments looking for reasons not to help them; or they might select a handful of such children to claim their humanitarian credentials.

Doesn't it make you sad?

There is a slightly happier ending to this story. A few days ago a girl suddenly appeared in the ward. It was Amira's elder sister, Zahra*!

Zahra was able to converse in English as well as Arabic and was 10 years old.

She was in the isolation camp with her younger brother of six and a few dozen orphan children of dead or captured Isis fighters. The authorities have finally realised the connection between the two children and had sent Zahra to meet her sister Amira in the hospital. Amira did not get too excited, but Zahra set about talking to her in the softest of voices. I could see that this was a little ray of sunshine on Amira's life; she could start talking again, especially after Zahra was allowed to stay in the ward to give her company, at least until after her operation to remove her bowel bag.

I was very happy at this sudden turn of events; perhaps I might see her smile and even talk before I finished my tour of duty in a couple of weeks? We all cling on to hope on occasion, don't we?

*For security reasons, the location of the hospital is unspecified and the names of the two girls are not their real names.

People who say wounded children may take on 'violent precepts' they hardly know about are the real problem. Deterministic in outlook, they see race or background, not the individual suffering.