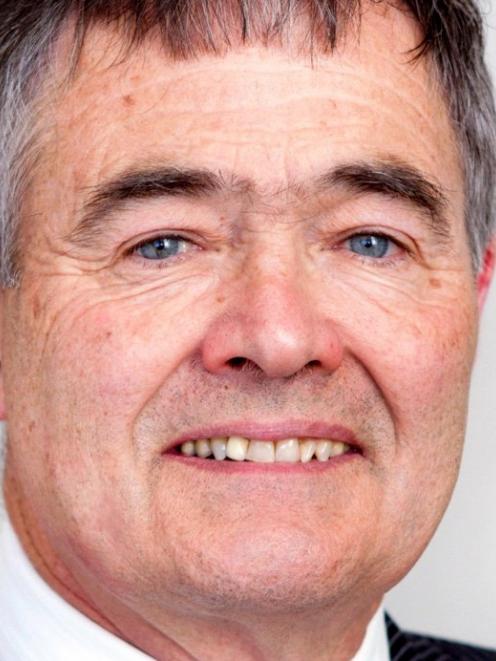 Dave Cull
Dunedin is a glowing example as agreement between local governments in China and New Zealand paves the way for regional growth, writes the president of Local Government New Zealand, Lawrence Yule.

This week's visit to New Zealand by Chinese President Xi Jinping is arguably the most important by a foreign leader in recent history - particularly for New Zealand's regions.

It would be difficult to understate China's importance to our economy, usurping Australia last year as our largest trading partner.

As well as building on strengthening trade, economic and cultural links at a national level, President Xi Jinping's visit will establish a strategic relationship at a sub-national level, between local governments of the two countries.

This will include the signing of a memorandum of understanding (MOU) between the presidents of our countries' two local government organisations: myself for Local Government New Zealand and President Li Xiaolin, of the Chinese People's Association for Friendship with Foreign Countries.

The MOU provides the platform for New Zealand regions, towns and cities to establish better connections with the 656 cities and provinces in China, creating potential for significant economic benefits for all our regions.

It will also help facilitate the bilateral trade goal of $30 billion by 2020, set by Prime Minister John Key and President Xi Jinping earlier this year.

Relationships with China are something Dunedin already does extremely well.

As more local authorities begin to build connections following the MOU signing, I believe the Otago example is an excellent one to follow.

Dunedin Mayor Dave Cull will be among the six New Zealand mayors and four Chinese mayors and other senior officials taking part in the forum launch.

It will provide an opportunity for them to share their interests and discuss their respective regions, existing relationships and opportunities for the future.

Mayor Cull is in an ideal position to provide insight into building strong culturally and economically beneficial relationships.

Dunedin has done great work in establishing business and cultural links through its 20-year sister city relationship with Shanghai.

It also has a ''friendly relationship'' - one level below a sister city one - with Qingdao.

There have been five mayoral delegations from Dunedin to China since 2010, plus CEO and deputy mayor delegations.

Dunedin has also hosted four delegations from Shanghai in the past year.

Enduring business and cultural relationships have been forged between chambers of commerce, museums, educational establishments and individual businesses.

The Dunedin City Council team are keenly aware that it is important to build understanding of what a New Zealand region has to offer and what your Chinese counterparts are looking for.

Mr Cull points out that both sides will need facilitation and guidance to understand how each other's systems work.

Reciprocity is very important in China.

New Zealand may not be able to match the resources China can offer but we have to be offering too.

New Zealand business leaders have reported that travelling with a New Zealand mayor was beneficial to their success in China.

And the door is opening wider.

Since the 2008 signing of the free-trade agreement with China, New Zealand exports have risen from $NZ2.3 billion to $NZ6.7 billion, including skyrocketing demand for dairy products and growing enthusiasm for our meat and unprocessed timber.

China is our largest source of foreign students and second-largest and fastest-growing tourism market.

There is also huge potential for investment here.

Financial liberalisation could result in substantial flows of Chinese funds into other asset classes in a wide range of destinations, including New Zealand.

China's outbound investment is growing and will exceed $1.25 trillion over the next 10 years.

That holds a lot of promise for New Zealand's regions and the MOU establishes a mechanism for our regional representatives to work together.

Local Government New Zealand sees the MOU as a significant step to effectively building a level of sub-national engagement between the two countries that supports our regional development policy.

We are committed to building strong local economies and vibrant communities across New Zealand.

The MOU provides a platform to do this, working alongside the leaders of the towns, cities and regions of one of the world's most powerful economies and complementing central government's role to increase regional economic growth across all of New Zealand.