Pressure will mount on the Government in the coming 18 months to respond to this effect, especially as inflation accelerates its impact. 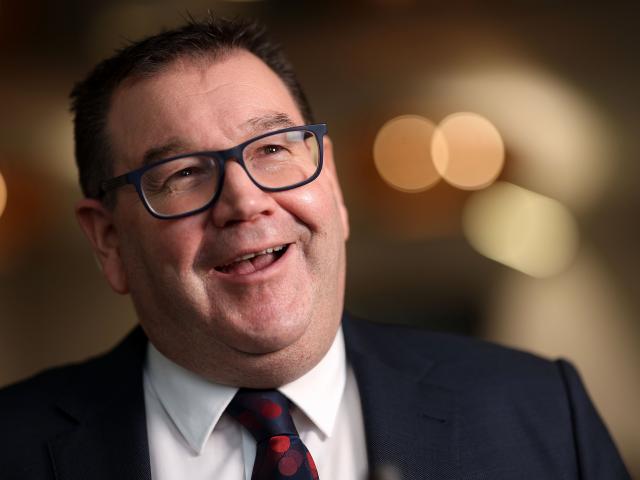 Labour Party Finance Minister and Deputy Prime Minister Grant Robertson. PHOTO: NZ Herald
The process is sometimes known as "bracket creep". Each time people’s income increases — even if this is only equal to or less than the rate of inflation - they pay a higher proportion at their highest tax level.

When income bursts through a level, the impact is especially marked.

It is ludicrous that before long those on the minimum wage are propelled into paying 30 cents in the dollar in income tax on part of their wages. They, of course, like everyone else, also pay GST on purchases from their after-tax earnings.

Another name for this phenomenon is "fiscal drag". Taxpayers slowly but surely pay more tax as they are dragged up the tax scales

This is a quiet but significant windfall for governments of all stripes. Previous National administrations were content with reaping its benefits year after year. Any income tax cuts thus seem more impressive when, in reality, they might just be returning the proceeds of bracket creep.

Naturally, the higher paid would receive much more back through such measures. That is always the way because it is they who are paying the most tax. It is they, including middle-income earners — in dollar terms — who have been most affected by bracket creep.

Given rampant inflation, it is not going to take long before yet higher thresholds quickly come into play.

Bracket creep is relentless, even when inflation was about 2% a year.

A system for regular indexing seems fair. Taxpayers should not pay more tax year after year on income increases that are no more than the level of inflation.

Why, too, should the Government receive that extra money without seeking voters’ permission to increase its tax income?

No wonder the process also goes by a third name — a stealth tax.

Labour will be well aware this issue will receive more attention through to the general election next year. Tax and the alleged hefty growth in the size of government will be headline issues.

Expect Labour and Finance Minister Grant Robertson, therefore, to consider trying to spike National’s guns as best they can.

This was part of last week’s Budget tactic for the $350 to be given back over the next few months to those earning less than $70,000.

Something, albeit small, was being given back to the "squeezed middle" and to the lower and medium-paid without children. The soaring cost of living was, at least, being acknowledged.

Such will be the impact of bracket creep and such the desire to trump National that Mr Robertson next year could look at a tax threshold adjustment.

Given, though, Labour’s need for increased tax income, do not expect any major "backdating" of any such measure. That will be a point of difference between the major parties.

The last tax-bracket overhaul was as far back as 2010.

Bracket creep allows the Government to spend more through extra taxes without asking for it. It is insidious and - notably in times of significant inflation - tax thresholds should be raised regularly.

Such moves are not "tax cuts". They are keeping taxpayers on the same level.

Well said. You have to admire Labour's motto, 'tax and spend, spend and tax'. Bit like the DCC's really.

Do we want public services, like, eg, public health. Apparently, you want highways. National may cut taxes. Austerity is the conceivable outcome.

Trying to bargin with the state on how much tax you pay goes back to the days of before the magna carta. Unlike the Barons of those days, we do have the power to "replace the king", hopefully one that won't tax us so much.

Do we want a better health system?, of course we do, but not all the tax that should be going there is. A lot is getting wasted on the king's cheerleaders, jesters, musicians and failed kaupapa. So might as well get a tax cut.

And..targeted, means tested superannuation. Finite public money should not go to the well off.