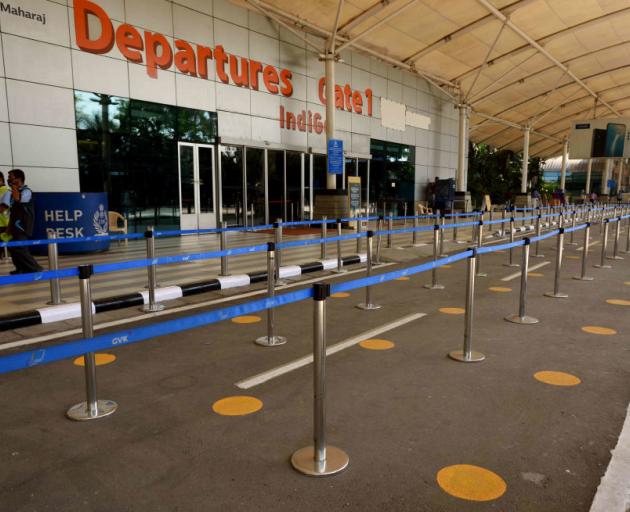 Mumbai airport. Travel from India to New Zealand will be temporarily suspended from 4pm on April 11 until April 28, including for Kiwi citizens and residents. Photo: Getty Images
Extraordinary times demand extraordinary measures.

The ban on arrivals from India for the next two weeks is absolutely the right thing to do, despite claims of racism, questions about the ban’s legality and the impact on the rights of New Zealand citizens.

If anything, such measures should have been taken earlier.

Those figures, announced on Thursday, showing fresh infections from India at 16 out of 19 cases are shocking. From late January to Thursday, cases from India, at 117, easily outnumber the rest of the world, at 89.

Every live Covid-19 case increases the risk of the virus leaking through the borders and into the community.

Infectious travellers not only risk spreading Covid-19 among themselves but also to MIQ workers, including nurses, cleaners, meal deliverers, security staff and the armed forces.

The leaky border has been a peril with which this country has had to live, a calculated risk with inevitable incursions and potential disaster. As it is, there have been 14 border failures and Auckland has been locked down.

But the surge from India is simply too much and too risky. Another five of the six cases yesterday were from there. The rise in Covid-19 in India is massive, and the new, more contagious variants make it all the more dangerous.

It would appear travellers could be catching Covid on their way to the airport in India, in the airport then moving from there through Dubai.

Everyone was supposed to have a clear Covid test before departing, immediately raising suspicion about fake documentation. Authorities here are suggesting that this is not an issue.

The two-week ban is seen first as a stop-gap while other measures are investigated and perhaps instituted. This might include the likes of pre-departure quarantine, temperature checks before being allowed to board, further testing before leaving and in transit, and better infection control on route. MIQ processes, still weaker than in some parts of the world, could be improved.

Inevitably, sad tales of family and personal woe from India are already emerging. That collateral damage is most unfortunate but is the lesser evil.

The sceptre of racism was immediately raised, especially because Covid is widespread in the United States and the United Kingdom.

It is essential to crosscheck to guard against racism because it can be insidious and unconscious.

One suspects Prime Minister Jacinda Ardern and the Government would have been aware that that criticism was likely. They would have examined the figures against what has occurred from elsewhere and have a strong case before making the call.

It is likely that such high proportions of positive tests among arrivals from the US or UK would have prompted a similar ban.

Covid legislation gives the Minister of Health exceptional powers, probably enough to allow a step as large as this temporary ban on returning residents and citizens.

Again, as with the racism issue, it is worth asking the questions. Such debate is healthy.

For the sake of safety, for the greater good, a certain degree of temporary authoritarianism and the loss of individual human rights is acceptable. It must be demonstrably justified, and it should never be taken for granted.

We must stay firmly anchored near the top of the potentially slippery slope.

Again, it can be argued the Government is tardy, just as it was with mask use, pre-departure Covid tests, several MIQ safety measures and contact tracing.

University of Otago epidemiologists have been maintaining such an approach was needed long ago. The risks from large numbers of contagious people in MIQ was just too high.

But the latest move is better late than never. It is going to be many, many months before sufficient numbers of New Zealanders will have been vaccinated to have a degree of security.

It is reassuring to see our leading southern news provider providing such a coherent, intelligent and rational analysis of the facts and obvious reasoning behind this difficult Govt decision.
I believe this editorial accurately reflects the views of the majority of NZers and it will provide increased confidence to the community.