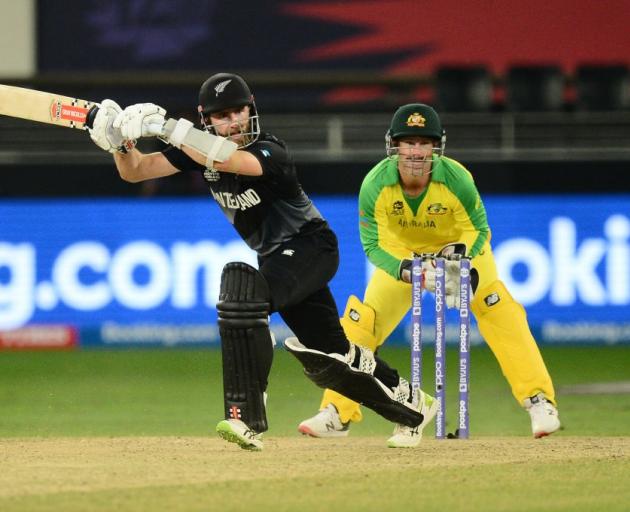 PHOTO: GETTY IMAGES
The New Zealand cricket team simply should not be achieving its remarkable successes.

It fell to nemesis Australia in the final of the World Cup Twenty20 yesterday. But a line-up from a small nation like New Zealand should lack the firepower to be anywhere near the last two standing.

Nor, by rights, should New Zealand this year have won the final of the most testing format of all, test cricket.

Nor should the Black Caps have all but won the 2019 one-day world cup. But for cruel overthrows bouncing off a bat and a couple of other twists of fate, that trophy would have been New Zealand’s.

At least, yesterday, and despite the heroics of captain Kane Williamson, Australia triumphed fair and square.

Nor should New Zealand have been in the final of the one-day world cup in 2015.

New Zealand is a minnow in money and resources compared to the big guns. Indian commentators are flabbergasted by the performances and the way their superstars keep being bowled over by this small fry.

The place of sportspeople as role models is regularly discussed in sporting circles. The weight of expectation put on the shoulders of these young people can be unfair and too much.

But what about teams themselves as role models?

It is here the Black Caps are a dazzling example for New Zealand businesses, organisations and sporting teams.

Apart from the occasional bright spot and a special Richard Hadlee and Martin Crowe era, New Zealand is often an also-ran. The team would lose more than win to all the premier nations. It lacked depth in class and skill.

But New Zealand Cricket showed transformation is possible. After being all out for 45 in South Africa in 2013, swashbuckling captain Brendon McCullum and smart coach Mike Hesson achieved wonders.

Then along came cool-headed Williamson, a respected and clever leader who also drew out the best from the players.

The players became known not just as the good guys who played honourably, but as a group that achieved. They became more than the sum of their parts.

Wise strategic decisions were being made to increase depth and skill. First-class pitches were improved so bowlers had to work harder for wickets and batters had the chance to build big scores and play shots.

“A” team tours were instituted to add experience to the level just below the top team. Allowance was made so the best players could earn huge money in the Indian Premier League.

Importantly, selections were consistent. Players knew they would get a fair crack.

Dedication, hard work and preparation have become features of the team, exemplified by Williamson himself.

Even at this world cup, the expert pundits predicted New Zealand would not make the semifinals. India and Pakistan were meant to go through from New Zealand’s group. But they did and proceeded to upset England.

But we can be proud again of what was accomplished at the tournament.

We are living through the golden age of New Zealand Cricket. Plans, processes, players, leadership and attitude have come together to produce outstanding results.

New Zealand Cricket and its representative team are providing a telling example of what can be achieved in the face of limited resources and against the odds.