The duty of care 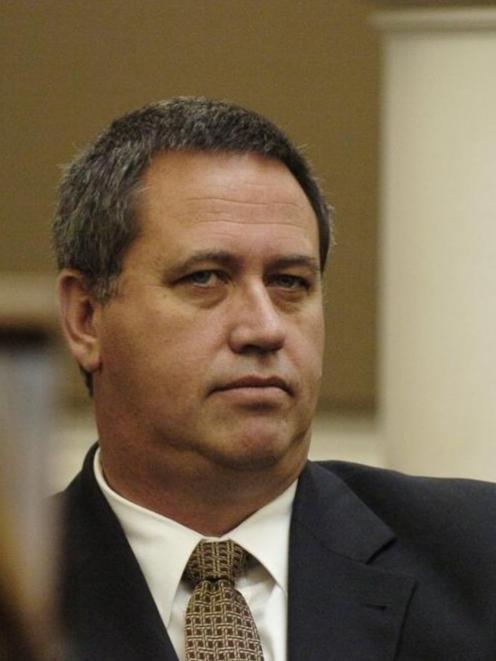 In the general scheme of things, $16.9 million or thereabouts spread out over six years in overall budgets of many hundreds of millions may not be thought to be such a huge amount - certainly, in the case of the Otago District Health Board and its predecessor, Healthcare Otago, apparently insufficient to arouse the level of scrutiny automatic in any profitable privately owned business.

The checking of every invoice, and justification thereof, is so much a necessary part of commercial life, delegated or carried out by the owners, as to be automatic; indeed, essential for survival.

In large businesses, shareholders would be less than sensible if they did not expect a similar minimum standard, and company directors would be derelict in their responsibilities if they did not insist on suitably rigorous accounting processes to ensure every cent of expenditure was justified, above board and double-checked.

But what standards do we taxpayers permit of those public institutions funded to provide essential services, such as hospitals? In an organisation of such monumental complexity, should we accept a little laxity here and there in the interests of ensuring services can continue? Should we accept that, say, more nurses and doctors are a greater need than more accountants? After all, the common cry whenever news arises of yet another funding crisis in public health is that there are "too many administrators", the implication being that managers are consuming funds better spent on patients.

Well, the High Court trial involving Michael Swann and Kerry Harford surely proves beyond question that administrators have their place in hospitals, and are just as necessary as doctors and nurses, and that boards of directors of such public institutions have just as robust a duty as in private companies to ensure the highest standards of perusal are maintained.

There cannot be any doubt that in this case such standards were not maintained, indeed were barely visible.

If we take just two instances from the evidence, then the appalling slackness of the accounting disciplines over which board members had ultimate responsibly can readily be demonstrated.

The hiring of a former bankrupt, however well qualified for the task, should have aroused a determination by the prospective employer to ensure knowledge of Swann's previous work history, and, if then employed, the continuing analysis of his performance, most especially when he was, within a very short time, given the authority for spending large sums of money.

If adequate controls and scrutiny were put in place, how were some of the individual fraudulent invoices in excess of $300,000 passed for payment, when Swann's maximum annual authority was $200,000? The second example is to do with the information technology department itself, which Swann headed.

Most people will know that "IT" is a mystery unto itself, fully understood only by very clever people who speak in a language beyond ordinary human understanding.

There is some reason for more than usual reliance on "experts".

Couple that with a charismatic, domineering figure as Swann was said to be and there exists potential for risk.

But the risk appeared to be satisfactory to the board members and executives for it seems no outside independent investigation of the department, or of the contracts arranged by Swann, was conducted.

The court was told internal and external auditing was carried out, as is usual, but its purpose is not principally to seek out or identify fraudulent activity.

It is highly significant that only when a manager from outside the board was appointed did questions begin to be asked about the true nature of the contracts.

Taxpayers may now reasonably ask: to what extent are publicly elected or appointed hospital board members personally liable for frauds that occur under their stewardship? They are also entitled to ask whether, given the example of Swann and his co-defendant, can they - even today - have confidence that every department is regularly most thoroughly examined and, where appropriate, by independent experts? For, while we accept that hospitals are among the most difficult of establishments to manage, and Dunedin Hospital in particular was undergoing upheavals of one kind and another at the relevant time, it remains a truism that one of the worst perennial faults in institutional management is the in-built tendency to set up systems planned to run by themselves.

The result is that time and resources are diverted from the never-ending need for hands-on management; unsurprisingly, echoes of "pass the parcel" could be heard in the High Court these past three weeks.

Experience has amply shown throughout the world that large institutions are not only inherently difficult to administer but irrevocably lend themselves to mediocre staffing, second-rate standards and, every few generations or so, to major scandals.

Unremitting supervision at all levels is crucial, from board chairman to the lowliest "team leader".

Taxpayers, quite properly, expect nothing less, and so, too, do the dedicated doctors and nurses - on whom we all rely.

And now that Swann and his fellow conspirator Harford have rightly been found guilty by a jury of their peers, let us hope that the sentence passed by the court will be severe, both to reflect the cynical and grossly immoral nature of the particular circumstances of their offending, and to remind those who hold public office on behalf of the taxpayer that their duty of care does not cease at any time during the duration of their appointment.