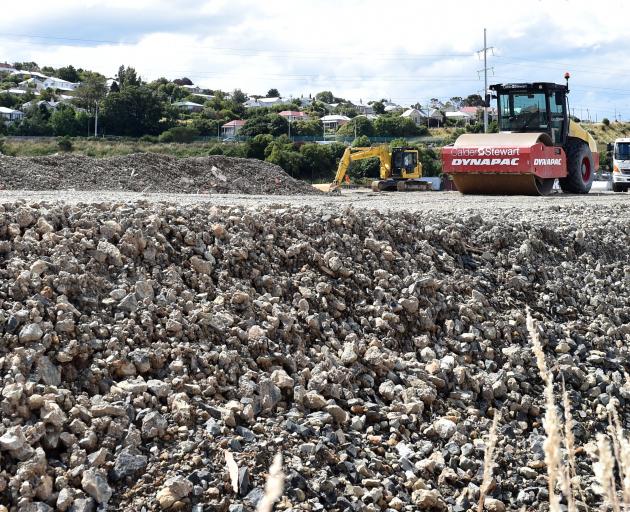 Carisbrook holds a premier place in the sporting history of Dunedin and Otago. Its first international cricket match was Otago against a Tasmanian team in 1883. Rugby tests began in 1908 and full cricket tests from 1955. It closed in 2011.

The shift of first cricket, to the University Oval, and then rugby to Forsyth Barr Stadium, while for the good of both sports, the city and sports followers, was tinged with regret.

The grand old lady Carisbrook - witness to the deeds of the Don Clarkes and Bert Sutcliffes, the Jeff Wilsons and the Glenn Turners - became a wilderness of rubble and weeds.

There it was as an eyesore, starkly visible below State Highway 1 and on the drive into Dunedin from the south and the airport.

Even tidied up, as it was over the past few months, it hardly spoke of a go-ahead Dunedin, an image also hindered by the vast sheds of the former Hillside workshops, once disparagingly described by a visiting cricket writer as like a scene from old industrial Poland.

The first stage plans are for a substantial industrial warehouse (said to be for a steel company), an office, yard, car parks and vehicle access. While such uses will hardly draw an admiring eye or paint a bucolic vista, the site is being put to practical use. This takes advantage of its strategic location, near the state highway, Hillside Rd and the railway line.

Auto Court Dunedin is already established there, and flat cleared industrial-zoned land could well appeal to others. There could well be further manufacturing, transport or engineering developments.

The site is also not far from the big box commercial shops of South Dunedin and the greater Andersons Bay Rd area.

The protected historic turnstile building under what was the Neville St Stand remains as a poignant thread to the past, and the proposed ''pocket park'' there, if completed, would add to the area's attraction.

The proposal is a restricted discretionary activity, and is being considered on a non-notified basis. When construction begins, expected later this year, it will run close to or in parallel to many other commercial building projects.

Dunedin has reached a stage where it is difficult to find trade workers for residential building, improvements and maintenance as well as for the bigger projects.

More than $400 million worth of building work was consented in Dunedin last year, the highest number and value in the past six years.

This includes high-profile developments like the University of Otago's dental school, restoration work on the Dunedin courthouse and Otago Polytechnic's student accommodation village.

The warehouse and related developments on the Carisbrook site are encouraging as both a signal of Dunedin's building strength and the beginning of the transformation of what is now the Carisbrook wasteland.

Do you be seeing the homes elevated in the background? Scots'mans' grandstands, they were.