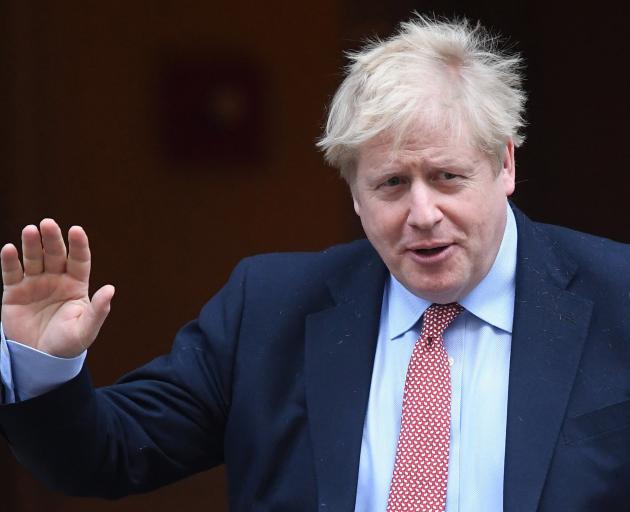 Boris Johnson. PHOTO: GETTY IMAGES
Just why do people vote for the likes of British Prime Minister Boris Johnson?He makes poor judgements, lies and obfuscates, is erratic and is a poor leader.

Yet, he was elected Mayor of London and later leader of the Conservative Party and Prime Minister.

There is no doubting his intelligence and cunning. His skill with words, as befits an Oxford University debater is exceptional.

But are there any principles in the house?

He is quite the charmer — playing the buffoon and likeable rogue.

There is a twinkle in the eye and a tough hide. His hair is rumpled, like his suit, and he carries a few extra kilograms.

He puts on a voice of apparent sincerity and concern.

At first hearing, it seems oh so convincing. Surely, though, the populace sees through that demeanour after so much hogwash and baloney and so many scandals.

But they either fail to do so or choose to ignore the incongruities.

He bounces back, he convinces, he wins support across the spectrum.

Perhaps we do not mind politicians with a few flaws if they do not take themselves too seriously, even if for example — as a recent New Zealand prime minister did — they pull a ponytail or two.

Winston Peters was a master at persuasion with a clever quip and endearing smile, even if the consistency of his policies and positions did not bear much proper scrutiny.

We preferred an acerbic and dangerous Robert Muldoon over a thoughtful Bill Rowling.

We overlook personal qualities, even lack of integrity if policies align.

Why, after all, did Donald Trump win the votes not just of those with badly sunburnt necks but other conservatives?

Why do so many decent citizens support him, or for that matter did they back Adolf Hitler?

We, the people, vote for "hard men" in the likes of the Philippines, Hungary, Poland or Turkey who steadily destroy the very system of democracy on which our governments are based.

The electorate in Italy regularly turns a blind eye to corrupt politicians.

We, the people, accept attitudes and policies against the fundamentals of free speech and free media, whether from the Right or Left.

We, the people, revel in criticising politicians when we could turn the lens on ourselves.

In Mr Johnson’s case, his Conservative colleagues are now seen as compliant in elevating and supporting him.

They, however, do so because he helped them win and retain power.

That is what politicians do.

We, the people, turn to the likes of a Mr Johnson even when his character flaws are so obvious, even when his handling of the pandemic in Britain in its early stages was appallingly bad and can be blamed for many unnecessary deaths.

Mr Johnson is now waist-deep in the muck of a scandal that could well prove his undoing, his participation in parties under lockdown.

While his future as leader is suspended for the moment as Britain awaits the outcome of an inquiry into "partygate", many Conservative MPs have turned against him.

They are reflecting the public’s high dudgeon and therefore their own electoral chances.

How dare, Britons exclaim, Mr Johnson and his mates booze and party while they themselves faithfully and at personal cost adhered to his lockdown rules.

The public also employs their beloved Queen as an understandable prompt for outrage.

She sat alone grieving at Prince Philip’s funeral because indoor gatherings were banned.

The night before, the glasses were tinkling at one of those Dowling Street "parties".

If the ever-tricky Mr Johnson is finally felled by one scandal too many, we say good riddance.

We also, nevertheless, should endeavour to heed the lessons we, again and again, struggle to learn.

It is, in the end, up to us, the voters, to expect integrity from our leaders.

The hair puller of whom you write left, before he could be voted out.

It helps to look at the opposition. He was campaigning against a UK Labour Party with a leader Jeremy Corbyn who had some extreme policy positions, with particular problems around anti semitism. The UK Labour seemed to have disdain for working class voters hence the collapse of the Red Wall seats. UK Labour appear to have shifted back to the centre ground and their support is picking up again. Johnson for all his faults has a diverse cabinet and allocation of key roles. So much so that Rishi Sunak could soon be the UKs first Hindu Prime Minister. UK Labour have never had a female leader.