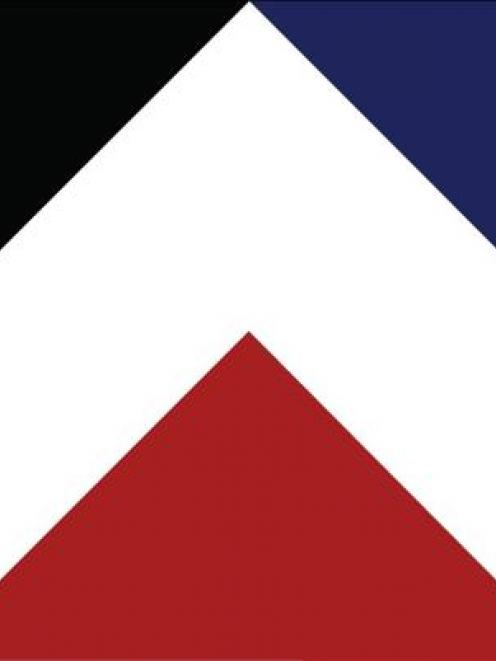 How wonderful and how novel.

Our politicians are flying the flag for solidarity, public engagement and freedom of ''choice''.

The country should be rejoicing, right?

The inclusion of the Red Peak flag as the fifth choice in the first public referendum to change New Zealand's national ensign illustrates none of the above.

The National Government initially said there was no way it would include Red Peak.

Then it said it would support the design's inclusion - but only if the Labour Party came on board and stopped criticising the process.

Labour said it would support its inclusion - but only if National changed the order of the referendums.

The Greens sideswiped Labour by putting up a Bill with no strings attached.

The Government accused Labour and NZ First of wasting the House's time through filibustering.

NZ First compared the flag to Nazi symbolism and vetoed the Greens' proposal.

The Government then took it up and (in the finish opposed only by NZ First) the New Zealand Flag Referendums Amendment Bill passed under urgency - only a month after the initial flag legislation became law.

Unity was one of the value-driven words to come out of the public consultation and feedback part of the process.

Have this week's shenanigans demonstrated a unified Parliament speaking with one voice for the NZ people?

Or a Government shamelessly grasping the opportunity to turn around flagging public interest in any change?

An Opposition well and truly hoodwinked?And what about public engagement?

There were two such phases clearly outlined at the beginning of the flag process.

The public had the initial opportunity to submit designs to the Flag Consideration Panel.

The public were then encouraged to turn out to consultation hui throughout the country.

Online feedback was sought, basically words which summed up what values New Zealanders thought the new flag should represent.

Names of those who made comments and submitted designs would be engraved on a new national flagpole flying the chosen flag.

But at no stage of the process was there the indication the public would get to choose which flags should be longlisted or shortlisted for the referendum.

That was clearly outlined as the job of the ''independent'' panel of New Zealanders - chosen by a cross-party group of MPs, and supposed to represent a cross section of New Zealand society and views rather than any expert flag design knowledge.

For the roughly four million and 450,000 people who didn't realise there was the opportunity to petition for their choices and influence the outcome of the referendum before it had even started, no choice.

No freedom of expression.

A vocal minority has in fact been given an outrageously unfair advantage over the silent majority of New Zealanders.

So what happens now?

Now the public is aware the process can be manipulated, is there anything to stop the proponents of the basic silver fern design gathering 50,000 online clicks and demanding the same special privilege of inclusion?

Given a total of 10,292 designs were received by the panel, any one of those could potentially garner the same support of Red Peak - or more.

This newspaper has consistently said, despite what people thought of the designs, everyone would at least have the equal opportunity to have their say.

But what are we even voting for now?

Those chosen by a select section of the public?

A message of indifference or one of outrage?

Is it in fact time to raise the white flag?

Who knows any more, and who knows which way the wind will blow come next week.

This has not been a fair or open process.

At least the referendums are democratic and they are binding - for this election term anyway.

All New Zealanders are going to eventually have the equal opportunity to have their voices heard.

Perhaps that's what should have been done from the very start.