Fraud warning for everyone

The suspected disappearance of dozens of vehicles at the Dunedin City Council is a wake-up call not just for the council but for all organisations and businesses.

While fraud is yet to be established in this case - and may not be - deceit and misappropriation are all too common.

New Zealanders are among the most trusting of people, an attitude which spreads, naturally enough, to companies, clubs and councils. Generally, this is positive and, usually, it arises because ours has not had to be a dog-eat-dog culture.

She'll be right and, anyway, why pursue possible suspicions? Why rock the boat? Why cause trouble?

What the city council story, at least so far, tells us is that complacency can be dangerous. Proper processes, audits, independent checks and proper supervision are all necessary. But this can be time-consuming and add to costs, and so an effective and efficient balance is required. A positive scepticism is also in order, while recognising a suspicious atmosphere is destructive and counterproductive.

Claims dozens of city council vehicles have been sold over the past decade or more and that some of the proceeds have been pocketed are extraordinary and will be shocking if true. This is so much bigger than sundry small items being stolen. Assuming it is established as fraud, where was the oversight? Where were the checks?

How is it that misgivings were not raised sooner? Or were indications and tip-offs ignored or brushed off?

It appears the issue arose when the new group chief financial officer, Grant McKenzie, insisted earlier this year on ''independent oversight'' of the council asset list. Matters can become just too cosy and easy and just tick along apparently as they always have, opening opportunities for potential misdeeds.

Council chief executive Sue Bidrose had, sensibly, as early as late last year, started leading a review of council processes, including the way contracts are handled.

She has said that so far no other ''questionable'' practices had been identified, but some ''inconsistent'' processes had been.

This is a public body spending public money and it should be setting an example of prudent and proper spending of every dollar.

As Dr Bidrose has rightly acknowledged, public faith in the council has been shaken and trust needs to be rebuilt.

It would be naive to believe only the council is subject to such abuses. Cases come before the courts regularly when people in trusted positions, often with previously unblemished records, are convicted of fraud. The losses can be devastating for the businesses or group involved. Often offending starts small before building.

While the biggest case in the South was Michael Swann's involvement in taking $16.9 million from the Otago District Health Board, fraud can happen at many levels and in many ways - not just in cash or fiddling books.

The fact is people, whether they be New Zealanders or any other nationality, are susceptible to temptation, particularly in an especially acquisitive age. It behooves organisations to be aware of the dangers and insist on basic cross-checking and other procedures, many of them traditional safeguards, developed to protect everyone.

Dishonesty can emerge from unlikely places and from likeable and previously respected people.

It does not just arise in what we view as corrupt societies as witnessed by Lou Vincent in cricket. New Zealanders, like others, are capable of being spot or match-fixers or, for that matter, drug cheats.

It is important, too, the police are brought in when businesses discover what has gone on. Simply insisting an employee leave, an understandably easy way out, can just pass the problem on. The city council's predicament is not isolated.

Such cases, though, should occur less frequently if lackadaisical attitudes are eliminated, shrewd scepticism practised and proper procedures and follow-up demanded. 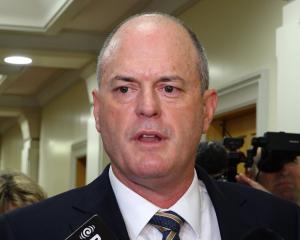