Game-changer or game over? 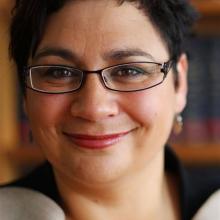 Metiria Turei.
The Metiria Turei saga is set to get even more interesting now there is confirmation the Ministry of Social Development will investigate her for benefit fraud.

Ms Turei, Green Party co-leader and Dunedin list MP, disclosed earlier this month that when she was a solo mother  in the 1990s she had lied to Work and Income about her living arrangements (she had flatmates helping her pay rent)  in order to receive more benefits.

The story has been in the headlines since.

Politicians and commentators are polarised. It remains to be seen what the public think, and to what extent it may influence decision-making at the ballot box in September.

Most MPs have been remarkably circumspect on the issue.

It seems none want to stick their necks out too far,  lest their own reputations be questioned. After all, all have a pre-politics past, and may have their own transgressions to hide. Best not cast the first stone.

To a certain extent certainly, the past is past, and people’s personal lives are private matters. Surely of greater importance is the current behaviour as a public representative, being paid from the public purse?

This was not a personal indiscretion, or a one-off mistake that could be put down to the innocence of youth, however. It involved active lying over a period of years in order to get taxpayer money to which she was not entitled. Ms Turei was studying law at the time. She should have known better. There was also an amnesty for beneficiaries at the time (although she said she was unaware of that). The fraud may have helped her and her child live more comfortably, but did others miss out because of her actions?

Ms Turei is now advocating for others who are breaking the law when it comes to their benefit entitlements. MPs are not above the law, even if they do make the laws, and they should not condone or promote illegal activity.

However, Ms Turei is making a valid point —  that current benefits are not enough to adequately live on. By sharing her own story she has brought the issue into the spotlight. It was a clever political manoeuvre, timed for the Green Party conference, which has gained her, the party and its policies good exposure at a critical juncture.

The issue of poverty in New Zealand deserves more serious scrutiny. New Zealanders should feel uncomfortable about it and the desperate measures people are being driven to. It seems we have become immune to the reports. Yet we should be appalled at the fact hundreds of thousands of children are living in poverty, that families are  sleeping in cars, tents, garages and other sub-standard accommodation because they cannot find or afford housing in our supposedly "rock star economy". We should be appalled there are many who turn to dangerous substances and reckless behaviour because that is the only "high" point in their lives. We should be querying what part poverty and desperation play in crime — and in punishment.

Are we too hard on our most vulnerable and too easy on those already at the top? Have we got the balance right in our supposedly egalitarian society?

Ms Turei’s disclosure has changed the conversation around these issues — as it should. However, she has made an error of judgement. Now on a handsome salary of $175,000 as a party leader, she should have offered to pay back her illegitimate takings from the State at the same time she made her declaration. Not doing so has called into question her integrity, even as she tried to be transparent about her previous transgressions and raise awareness of poverty in New Zealand.

That hypocrisy may come back to haunt her if the Work and Income investigation draws out. However, her actions could yet energise a marginalised  sector of the community to vote for change. Move over Winston Peters, this could yet prove to be New Zealand’s Trump/Brexit gamechanger. 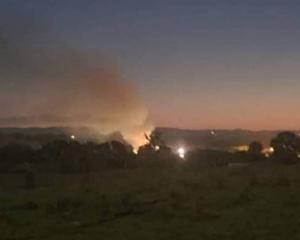 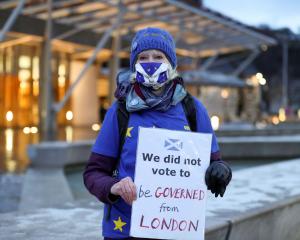 Goodness. Your even handed view will upset Witchfinder TalkBack.

That said, 'Entitlement' to Public Money is out of hand.

there are many that have done the same thing and are arrested .who does she think she is.