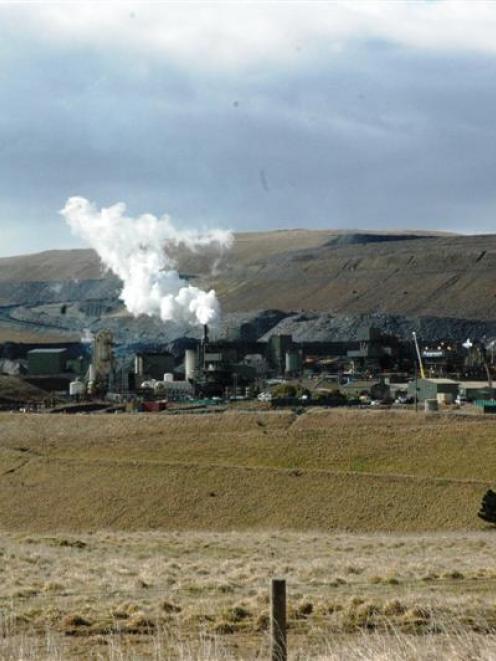 True, the University of Otago, the Dunedin City Council and the Southern District Health Board have provided jobs and a substantial flow of money into the community. But it is the private-sector gold mine which has provided an economic boon to the region's diverse range of engineers, logistic companies and mechanical suppliers.

At the peak of the gold mine's production, annual spending by the company, including wages, has been estimated at half a billion dollars a year. But not only that. Nearly two generations of workers have started or continued their careers with the region's largest private-sector employer.

Niche engineering companies, which have struggled with the closure of some of the region's largest engineers, have been confident in their hiring and training of staff to feed into Macraes and its goldmining activities.

The news this week of more than 140 people losing their jobs as the mine cuts costs as a result of the prolonged and sustained drop in the gold price is no less hard to bear, despite it being well telegraphed. The new mine plan released by mine owner Oceana Gold, includes a reduction in activity in the open pit, resulting in lower use of equipment and a reduction in operating and support staff requirements over the next two years.

In the 23 years, Macraes has generated 3.8 million ounces of gold. At today's figures that equates to more than $4 billion of export earnings for this country. At its peak, gold was about $US2000 an ounce, nearly halving in less than two years.

Oceana says the continuing lower gold price has meant the need to make changes to ensure a sustainable operation. And the company recognises the changes will also affect some of its workforce and contractors. Looking back, the mine life of Macraes is something of a wonder. At first, the mine was set to last three to five years. Then, the life was extended out to 10 years, then a few more and a few more. In a way, Dunedin has been living on borrowed time. At some stage, mine life will be exhausted.

The encouraging signs for the local economy is the length of time some of the plans will take to implement and the fact Oceana is doing exceedingly well in the Philippines. A significant boost in the gold price could lengthen the life of the Macraes mine.

On the same day Oceana announced its cutbacks, Shell New Zealand announced it was spending $100 million to $200 million drilling for gas in the Great South Basin, off the coast of Otago. While tempering the news with the fact it was only one well, Shell remains confident it knows gas is under the sea but not in what quantities.

If the first well, to be drilled in early summer 2016, is successful, further drilling will take place. And that will involve more money, large amounts of it. One of the major decisions Shell will make for this region is whether it bases its logistic supplies in Dunedin or Invercargill. Both cities provide access to good port facilities, helicopter flights and a hospital.

Invercargill faces the prospect of the closing of the Tiwai Point aluminium smelter if the aluminium market falls further. Smelter owner Rio Tinto has tried to sell off its smelter assets in one parcel, so far unsuccessfully. Even the negotiation of an improved electricity supply contract between Meridian Energy and the smelter will not be enough to save it from closure eventually. Southland, therefore, has nothing to lose in working hard and even spending ratepayer money trying to attract Shell to base its shore operations in Invercargill. Everything the company wants can probably be supplied in the south.

However, there are many other things Dunedin can offer, such as the University of Otago providing graduates, a strong and diversified engineering sector, a stable workforce and a low-cost place to do business. What we cannot afford as a community is for one sector to stand against the chance of experiencing a possible huge economic boom. To convince Shell to establish here, and possibly keep Macraes operating longer, the whole community and its representatives must be united as one. Let us not allow this opportunity to pass by.