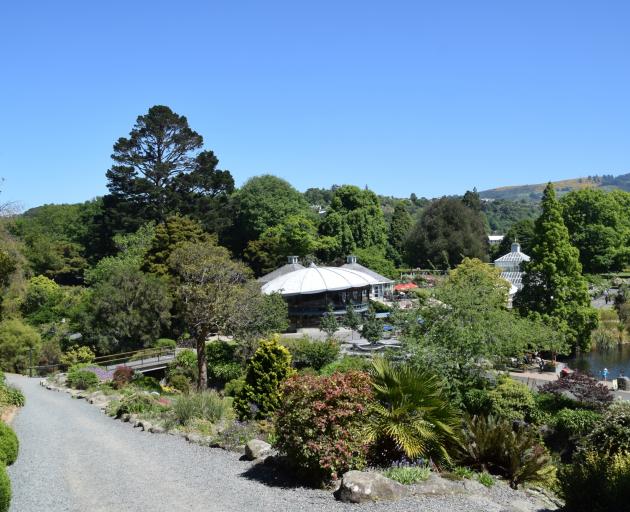 PHOTO: ODT FILES
Who would ever want to live in a concrete jungle, cramped and cowed by multi-storey monoliths on every side? A proper jungle would actually be far more appealing.

Green space and plenty of trees and bushes within our communities are vitally important for our mental health and for the look and feel of a street, a suburb and a city.

Dunedin is already fortunate in having that green look, with bush-clad ridges and leafy suburbs. Just about wherever you live in the city you have a view of either hills or harbour, or both.

If we want to retain the desirability of Dunedin as a place to live, to be a city proudly built on its tradition and history but also firmly in the 21st century and able to entice families, young people and the talented, new housing developments need to be attractive and environmentally appealing.

Dunedin’s ageing housing stock has been an impediment to some wanting to live in or close to the centre of the city. Apart from a few new homes built on sections scattered around the hills, most of the new building has been further out, beyond the distance of a comfortable walk to the Octagon.

As the city grows, new housing developments will become a more frequent sight. These will be of much higher density than those which Dunedin residents are now used to. The need for greenery will become even more important.

To prepare for this, the Dunedin City Council is considering ways of ensuring these projects look as attractive as possible, and actually become even more eye-catching as the years pass.

It’s worth bearing in mind that all it takes to wreck the amenity value of a community are a few ill-placed and poorly designed subdivisions, housing projects or industrial developments. Dense housing developments can also lead to the loss of parks and other green spaces.

Anybody who has watched The Truman Show knows how soulless and manufactured a brand new subdivision can appear if there are no differences between houses to add some character.

Take a look at some of the post-earthquake housing developments around the fringes of Christchurch. These also have that appearance, particularly where houses are packed tightly together and end up looking like the modern-day equivalent of the archetypal British terraced housing, which we see all the time in Coronation Street.

The city council is proposing that within areas rezoned under the 2nd Generation District Plan, one native tree would have to be planted for every 250sq m of the area being developed.

Those trees would have to be at least 1m tall when planted, able to grow to 3m or higher and at least 2.5m from every boundary.

Further rules under consideration are that where properties are next to roads, half of those boundaries need to be planted with native trees, shrubs or ground cover, but not lawn. If there is a driveway on the boundary, however, such plantings would be required across 75% of the remaining boundary area.

Parcels of land right across the city are being investigated for rezoning, including areas in Roslyn, Maori Hill, Wakari, Mornington, Andersons Bay, Concord, Green Island and Mosgiel.

It would be hard to argue against the importance of keeping the city green and making it even greener.

People in cities in parts of Europe have learnt the hard way what happens when you go against nature, rip up your front lawn and chop down your trees, and lay extra concrete for off-street car-parking. During heavy rain the increased runoff from the concrete exacerbates flash flooding and erosion further downstream.

These problems will only get worse with continuing climate change.

There are so many benefits of accelerated planting in urban areas. The city looks better for it, the neighbourhood feels more friendly, everyone’s psyche improves for being close to nature.

And the city can breathe.