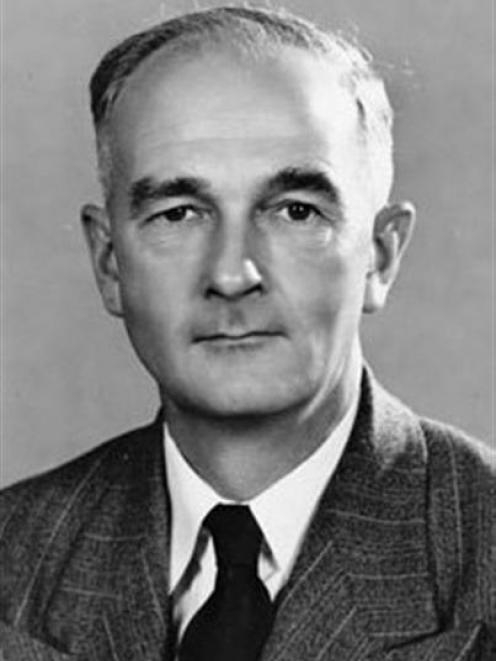 New Zealand's first ombudsman, Sir Guy Powles.
October 1 will mark the 50th anniversary of the swearing in of New Zealand's first ombudsman, Sir Guy Powles, a significant milestone for the country - and our place as a world leader. New Zealand was the first country outside Scandinavia to establish an Office of the Ombudsman, but many citizens do not understand - or possibly take for granted - the vital role it plays in providing them redress for grievances, as well as improving standards and investigating the conduct of government agencies.

The office effectively acts as bridge between the community and government and its work is aimed at increasing openness and transparency and countering corruption and misconduct within government. One of its roles is to review complaints from individuals, often in relation to provision of information under the Official Information Act 1982 and to make recommendations to release such information if deemed necessary.

Ombudsmen are appointed by the Governor-General on the recommendation of Parliament. The Office of the Ombudsman is government-funded but is an independent authority, whose motto is "fairness for all".

Public law specialist Mai Chen says ombudsmen have a unique role in "New Zealand's public law toolbox", ensuring accountability and providing mechanisms to remedy wrongs in the state's dealings with its citizens. She believes their role is "as important as ever given the growing reach of government into every aspect of citizens' lives".

Current demand for the ombudsmen's services and resource constraints in the office mean hundreds of cases are unallocated. The office's figures show it received 10,636 complaints and other contacts in 2011-12, an increase of 22% on the previous year.

Dame Beverley reportedly told Parliament's Government Administration committee earlier this year the office was under "considerable pressure" in terms of staffing and funding. Its funding was based on investigators working on 800 to 1000 active cases at any one time, but that had peaked at close to 2000 at one point last year.

She fears budget constraints and limited resources for ombudsmen - not only in New Zealand but worldwide - impact on timely investigations and the ability to achieve appropriate, effective solutions.

All of which means the 50th anniversary celebrations may be tempered by the recent defeat in Parliament of Labour MP Shane Jones' member's Bill, the Ombudsmen (Cost Recovery) Amendment Bill. The Bill would have amended the Ombudsmen Act 1975 to allow the Office of the Ombudsman to recover the costs of investigations from the agencies being investigated. It was defeated 61 to 59, with National, Act and United Future opposing it.

It would be lamentable if funding restraints had a major impact on the office's future and its ability to provide a timely voice for ordinary New Zealanders in their battles with bureaucracy - particularly for those complainants who cannot afford lawyers or have been unsuccessful in their own dealings with public officials. For, as Dame Beverley says: "Justice delayed is justice denied."

One can only agree with motorist Nicole Laidler's description that the placing of rocks on to State Highway 6, near the intersection with McNulty Rd on the outskirts of Cromwell, on Saturday night was "idiotic behaviour". As she quite rightly points out, this was an action that could easily have resulted in people being killed.

Why do some people feel the need to behave in this fashion?

Senior Constable John Chambers says he cannot imagine the rocks were placed on the road by an individual and that it was likely to be a group of people responsible. If so, we hope someone comes clean and talks to the police about it - and that charges do indeed follow.