The wishy-washy select committee response to a petition calling for an appeal process for Health and Disability Commissioner (HDC) decisions is disappointing. 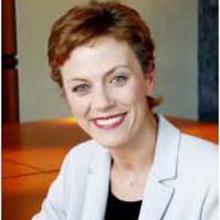 Almost two years after the petition was presented to Parliament (no doubt delayed by the Covid-19 pandemic) the health select committee has kicked the can down the road, suggesting an unclear perusal of the issue which already raises procedural questions and may not produce any change.

The dissatisfaction about the HDC process existed for some years before the petition from frustrated surgical mesh complainant Renate Schutte.

There had been increasing disquiet about how few complaints at the HDC were proceeding to full investigation, particularly under the previous commissioner Anthony Hill.

Burgeoning numbers resulted in a No Further Action (NFA) decision despite "preliminary" assessment of complaints sometimes going on for years.

As we have previously pointed out, the HDC is out of step with the other complaint systems established in the 1990s, the Privacy Commissioner and the Human Rights Commission, which do allow for challenges to an adverse decision.

Curiously, wide access to an appeal process was allowed for in the original Health Commissioner Bill but did not make it into the original Act.

A subsequent amendment in 2003 made some improvement but still limited access to the Human Rights Review Tribunal to those cases where the HDC had found a breach.

A year ago, we were confronted with damning criticism of the HDC processes by Chief Ombudsman Peter Boshier in his review of three cases.

How many other dissatisfied complainants are out there and how many opportunities have been lost, as Ms Schutte put it, to protect future patients and promote a safer culture within the health system?

The efforts of new commissioner Morag McDowell to make improvements has been encouraging and was appreciated by the committee and Judge Boshier.

She acknowledged work was needed to improve its closed file review process, where it can reassess a complaint internally when concerns are raised about decisions.

But the strength and rigour of any such internal process must necessarily be hard to judge and must depend to some degree on the approach of whoever is in the top job.

The committee has encouraged the HDC to consider how this process could be better publicised and made more accessible while also acknowledging the view such reviews were not independent.

The committee agreed with Ms McDowell’s view establishing a right of appeal would be complex and would require careful consideration.

Since some of the issues have been aired through the select committee process, which included a variety of views from Mr Boshier, former HDC Sir Ron Paterson, the Cartwright Collective, Auckland Women’s Health Council and the Federation of Women’s Health Councils, there should have been enough information for the committee to recommend the Government work up a discussion document for wide dissemination outlining possible options.

But instead of starting the ball rolling on that, the committee lazily put the ball in Ms McDowell’s court, encouraging her at her next review of the HDC Act and its accompanying code of rights, late this year or early next year, to "address the complexities of creating a right of appeal".