Such is the history of Dunedin's former chief post office building that it would surprise few people if the latest plans for a hotel come to nothing.

Geoffrey Thomson, the owner of the Distinction Hotel chain with hotels in Queenstown, Rotorua and Te Anau, has announced - through a Dunedin City Council media release - that he hoped to have the building ready as a hotel in time for next year's Rugby World Cup.

Good luck to him, first in launching the hotel and then, which must seem most unlikely, having it ready by late next year.

The Chief Post Office was opened in 1937 and, after closing as a post office in 1995, has a bleak record of failed hotel attempts: Singaporean businessman George Wuu, Goodall ABL Construction (a Park Royal), Geoffrey Thomson himself (2003), and Dan McEwan (a Hilton).

South Canterbury Finance was left holding the liability after the last attempt.

Possibilities as a new Dunedin library site and for an Otago Regional Council headquarters were next to appear, now being submerged by Mr Thomson's plans.

Against the background of the financial crisis, the recession, the collapse of several finance companies and the reluctance of banks to lend for large commercial projects, it is hard to see where financial backing will come from.

Last time Mr Thomson proposed a 4-star hotel, much of coastal Otago's construction resources were diverted to the prison near Milton.

This year and next, mostly because of local authority-funded work, the construction industry is again busy.

Other Dunedin hotels have plans for adding rooms which must also suck up accommodation capacity needs.

Nonetheless, most Dunedin people would like their scepticism to prove ill-founded.

They appreciate the impetus a large hotel would give to the Princes St area because of its need for revitalisation, and they feel that a monumental building deserves a better fate than slow decay.

Feelings about the proposed shift of library, however, have been mixed.

The attraction of people to the area would be widely welcomed and the library could expand.

On the other hand, many have lasting fondness for the current purpose-built library and see more sense and benefit in its location where people already congregate.

Given Dunedin's relatively static population, the threat to library use from the internet and what should be intense pressure on council budgets, including that for the library, the reasons not to shift mount.

Council managers might want to spread other staff to the building but a far better answer to any overcrowding should be to reduce what have been burgeoning staff numbers.

Ratepayers are entitled to crave a little respite from spiralling rates and debts.

Just because $26 million has been allocated in medium-term budgets for a library shift and a new library in South Dunedin does not mean that money should be spent.

The regional council's harbourside extravaganza, meanwhile, has been "parked" while other options were considered.

One possibility appears to be gone for now and the council needs to take a fresh look at how to replace its inadequate headquarters.

Mr Thomson's reluctance to give anything but the barest details about his plans, and through a third party, the city council, hardly inspires confidence.

Nevertheless, Dunedin will watch that space with hope and interest.

Dunedin generally, and that historic zone of the city in particular, will benefit if this latest hotel proposal can get off the ground.

If and when a grand hotel opens in the former chief post office, much will be the relief and the celebrating.

The Central Otago District Council could soon alter its stance on Oamaru stone as a rural building material.

Rightfully, there was an outcry when proposed changes to the district plan included the exclusion of Oamaru stone - a natural material with strong practical uses and widespread emotional resonance in the South - from rural areas.

The council has other ways to control the colour of buildings in sensitive places and the specific exclusion of Oamaru stone is therefore unnecessary. 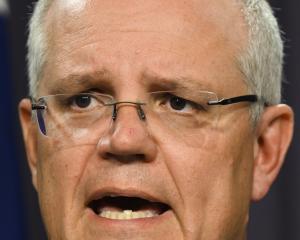