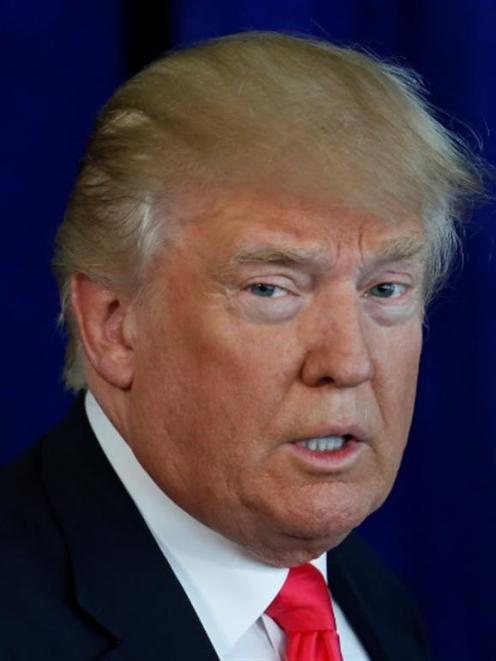 Donald Trump
When it comes to dubious detainment policies, among the images and reports that most readily come to mind are likely to be of orange-jumpsuited, handcuffed and shackled Guantanamo Bay prisoners courtesy of the United States; of protesters and journalists behind bars in Egyptian jails and on display in courtrooms; of Chinese activists held on dodgy subversion charges; of Turkey's post-coup crackdown, not only on the security forces, but the judiciary, civil servants and teachers, too.

It is becoming increasingly difficult to ignore another disturbing perpetrator, though; one much closer to home.

There aren't many images of Australia's offshore immigration detention centres and ``processing'' facilities. The isolated facilities on Christmas Island, Manus Island and Nauru house the world's unwanted (mostly asylum seekers), and are largely off limits to media. There are plenty of reports, however. Reports from journalists, human rights organisations, detainees and their families. Reports of riots, of physical and sexual abuse, of deaths, of suicides. Reports now, which raise concerns about the fate of Manus Island detainees when the centre closes after Papua New Guinea's Supreme Court ruled it illegal and unconstitutional.

There are other reports, and images, regarding the treatment of juveniles in Australian detention centres. A royal commission into the detention of children in the Northern Territory has been announced, although Australian Prime Minister Malcolm Turnbull has rejected calls to extend that to a national inquiry.

And it has just been confirmed New Zealanders now hold the unenviable position of being the biggest nationality of people held in Australian detention centres. These are the unlucky Kiwis, many who have lived most of their lives in the ``lucky country'' but, because they have committed a crime at some stage that involved more than a year of jail time, are now deemed to have failed a ``good character'' test, eligible to be repunished, have their visas revoked, and to be locked up ahead of being shipped ``home'' to a country some of them barely know.

What is going on?

Is it the ghosts of Australia's penal colony past come back to haunt it, just as the ghosts of slavery seem to have reared their ugly head once again in the United States?

Is it racism? Cleansing? Economic necessity?

Whatever the reasons, Australia seems unaware of (or wilfully blind to) the irony of its actions as it continues to push for a seat on the United Nations Human Rights Council for 2018-20. Indeed, it has been slammed by the UN and human rights organisations for its record on various issues.

What also continues to be concerning is the remarkable lack of interest or pressure from our Government - about human rights in general and New Zealanders' human rights in particular.

Is it a case of turning a blind eye? After all, we have been taken to task on human rights, too. Is it a case of you scratch my back, I'll scratch yours? (We'll support your Human Rights Council bid if you support our bid for Helen Clark as secretary-general?) Is it that, in actual fact, we don't really care about these people either?

There is no doubt some of the New Zealand detainees have been violent offenders. Many have done the crimes, but they have also done the time. Some have simply found themselves caught up in this bizarre new policy.

It certainly appears neither supposedly fair-minded country is prepared to advocate for these people. But human rights don't work like that. They work for everyone. If a country is a signatory to international human rights conventions - not to mention hoping to be a world leader when it comes to promoting them - there's no cherry picking. One size fits all. Leaders on both sides of the Tasman could do with remembering that.