Photo: NZ Herald
There is nothing like an outbreak of Covid-19 to take the heat off an organisation’s links, however distant, with a questionable military regime.

You have to think the Air New Zealand bigwigs were relieved, at least partly, when the news of the airline’s connection with the Saudi Arabian military was followed by the (so far, thankfully, relatively limited) resurgence of coronavirus in Auckland.

Understandably, the front pages and the evening news turned to the virus and the intensive efforts to stamp it out, and not the scandalous link between our national airline — half-owned by the New Zealand Government, on behalf of the public — and the Saudi regime.

1 News had the scoop, several days after pressuring Air New Zealand for answers with the help of Finance Minister Grant Robertson. It revealed the airline had launched a review into a "third-party contract" relating to an Air New Zealand unit that worked on engines and a power turbine module for the Royal Saudi Navy.

Any link with a military regime is questionable, but this is especially problematic due to the Saudi military’s role in the Yemen civil war humanitarian crisis, estimated to have left 100,000 dead and millions displaced.

Air New Zealand chief executive Greg Foran fronted a parliamentary committee and apologised, saying the work should not have been done by the airline.

Chairwoman Dame Therese Walsh told the committee the airline had "fallen short", that the contract was not "in keeping with the values of all New Zealanders", and that external and internal reviews had been commissioned into the debacle.

We hope both reviews will be asking robust, uncomfortable questions.

At what stage was a deal to help the Saudi military signed off? No-one asked questions about the ethics of such a move? Why was Mr Robertson seemingly kept in the dark for so long? And why was the airline so evasive when its actions were uncovered? Crucially, is there more to come? Mr Foran said Air New Zealand was still investigating the extent of its military contracts and whether others might be implicated in humanitarian crimes. That is concerning to hear.

There is also some heat being applied to the Ministry of Foreign Affairs and Trade.

RNZ reports Mfat granted export permits for military equipment — simulation training gear for ground forces, and computers, radios and binoculars for the navy — sent to Saudi Arabia in 2016 and 2018.

While the exporter, whose identity has not been revealed by Mfat, has broken no laws, it seems there is a large grey area around the actions of the ministry, which RNZ reports must assess whether any serious breaches of humanitarian law are involved.

It was disappointing to see Foreign Minister Nanaia Mahuta deflecting the blame. While she rightly pointed out the 2016 permit came during the previous National government, she said nothing on the fact a 2018 permit renewal happened on the Labour-led coalition’s watch.

Reviews come thick and fast in the modern world. In this case, we look forward to some more answers as soon as possible.

Wanaka and Oamaru became the centres of New Zealand sporting excellence at the weekend.

What a thrill for Wanaka to provide both elite winners at the popular Coast to Coast multisport event. Dougal Allan and Simone Maier dominated their respective Longest Day races, doing the "Wanaka double" for a fourth time in a decade.

And, in cricket, an underdog North Otago team produced an extraordinary performance to thump Nelson — a vastly more populous region — and claim the Hawke Cup for the third time in 11 years.

There is special pride to be taken in the fact that most of the team is homegrown, and that this means tiny North Otago now holds the major trophies — the Hawke Cup joining the Meads Cup — in New Zealand heartland sport. 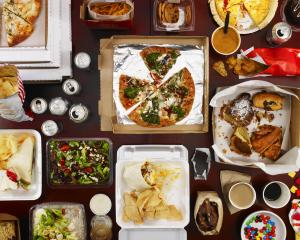 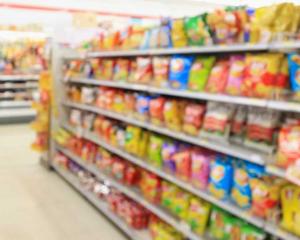 The key point for me in this Air NZ deal is that they made no attempt, at all, to alert the NZ Govt, either directly as majority shareholder, or through the agency of MFAT. Mind you they have a history of producing orchestrated litanies of lies and bad business practices, so perhaps not surprising.
Clearly there is an established procedure to be used when doing trade deals with dodgy military regimes, Air NZ would have known this as they are in the international transport and trading industry.
MFAT may well have got things wrong themselves, that remains to be determined, but I suspect once the outcome of the investigation into the Air NZ deal is known some heat may be applied to the failings of some of the management in place at the time.

After the treatment of customers and their money during Covid, I will be doing everything in my power to avoid using Air NZ services in the future. Refusing to return customers' money (especially when they had other sources available, govt loans and banks and previous profits etc) while they could not provide the services may have been legal (hopefully, for not much longer) but it was certainly morally wrong and not very nice or understanding. The fact that Air NZ had less cash available than what it also owed/owes its customers also shows that it is spending the money before providing the services. To make it even worse, they didn't even return the portion of the fees that cover landing fees etc, which aren't paid by the airline until the time of departure and thus with the Covid cancelled flights aren't paid at all. The way the airline has acted throughout this pandemic is nothing short of shocking.

"...The way the airline has acted throughout this pandemic is nothing short of shocking..."

You're wrong. They way the Govt has handled itself throughout the pandemic has been exemplary.
I think that's proven by the last election result and more recently by assorted opinion polls. It is also been borne out by the accolades the country has received internationally from other countries and individuals from around the world.
The strategy of avoidance of unnecessary deaths over economy, coupled with a reliance on science, and transparency in the communication with the public and prompt action to deal with problems that come to light has been a winner all-round.
Your comments marks you as a disgruntled socialist, one of yesterday's people.