The 140th anniversary of a bold technology leap has been celebrated in Otago this week — one that changed farming and laid foundations for prosperity.

It was on May 24, 1882, that a shipload of frozen sheep carcasses arrived in England.

The animals came from the Totara Estate, just south of Oamaru, and were shipped from Port Chalmers.

It is worth remembering the achievement because the event marked the beginning of the massive trade in frozen meat. Dig a little deeper into what happened, why and how and the events are worth closer examination.

They provide lessons for today and inspire.

This success included a vision, smart management, thorough and skilled execution, a willingness to take calculated risks and substantial capital.

Each of these is needed today in business generally and agriculture specifically. 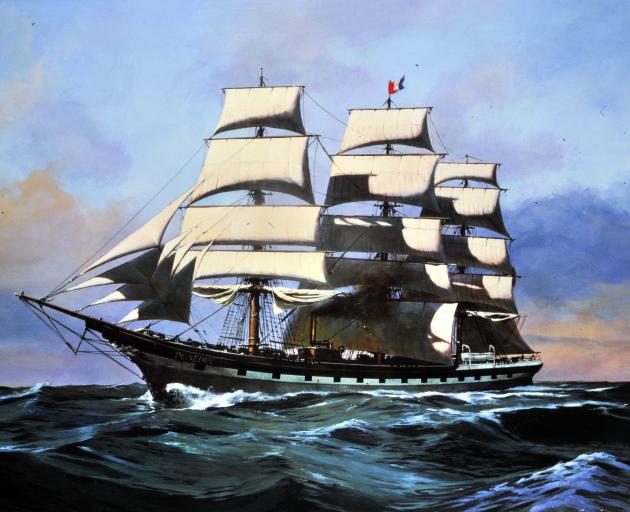 The sailing ship Dunedin carrying the first shipment of frozen meat to England in 1882. PHOTO: OTAGO DAILY TIMES
Much of the South was carved into sheep estates, including Totara. Wool and a little from tallow were the money earners. The local market for mutton was minuscule compared with sheep numbers.

Older sheep, on occasions, might just be slaughtered and pushed over cliffs.

Totara was run by the New Zealand and Australian Land Company, a Scottish-based corporate farmer and a large landowner across the South Island.

Its general manager, William Davidson, was aware of the beginning of frozen shipments from Argentina and Australia to Europe and initiated a plan.

The New Zealand-based manager, Thomas Brydone, another huge figure in the development of agriculture, provided the on-the-ground expertise and management.

By February 1882, 4311 sheep carcasses, 598 lamb carcasses, 26 pork carcasses, 2226 sheep tongues, small quantities of hams, rabbits and turkeys and 246 kegs of butter were aboard the former passenger ship Dunedin and ready to set sail.

Most of the sheep had been slaughtered and prepared at Totara and shipped to Port Chalmers in ice-cooled rail wagons.

The vessel Dunedin had been equipped with a recently developed freezing system.

On arrival, only one carcass had spoiled, and the shipment was ‘‘by far superior to any other’’.

At one stage, New Zealand was exporting about two million sheep carcasses a year.

While it took time to build on the Totara exports, the frozen meat trade became integral to New Zealand’s future.

Markets underwent huge diversification after Britain joined the European Union in 1973, and the product style and mix gradually changed.

This has accelerated in recent years in the realisation of the need for specialty cuts and a focus on the high-end of the market.

This will become all the more important as meat substitutes begin to muscle in.

The contribution of animal methane to climate change will add to the pressure.

Farming and meat processors no doubt recognise their challenges. They have a fine example of innovation and success in what was achieved from Totara 140 years ago.