Anyone who has had a difficult insurance company experience may not be surprised the Financial Markets Authority review of general insurers identified a poor understanding of good conduct and culture practice.

The review found many insurers do not actively monitor their product suitability, fail to withdraw poor value or legacy products, and have overcharged some customers. The insurers reviewed were those providing house, contents, vehicle, health, commercial liability, and travel insurance.

They were asked to review their operations to ensure there were no material conduct issues and to demonstrate good conduct in their dealings with consumers.

For an industry known for paperwork pedantry, it was astounding to read only two of the 42 companies responding to the FMA inquiries completed what was asked to an appropriate standard — IAG and the Medical Assurance Society. It is not a good look for the sector to read ‘‘the tone of some responses suggested that a number of insurers did not consider conduct and culture to be relevant to their organisation, treating the task as a tick-box exercise rather than an opportunity to genuinely evaluate their business’’.

Some said they were comfortable they did not have any conduct issues, ‘‘despite not assessing their organisation in any meaningful way’’. Only nine saw customer vulnerability as a key issue.

The review followed the FMA and Reserve Bank’s damning 2019 Life Insurance Conduct and Culture review. That found extensive weaknesses in life insurers’ systems and controls, weak governance and management of conduct risks, and a lack of focus on good customer outcomes. One of the five tasks the FMA gave the general insurers was to conduct a systematic review of products and policy holder portfolios. Only 22 did, and of those, 18 found major issues. These were weak systems and processes, poor value and legacy products, a lack of ongoing monitoring, little or no ongoing communication with customers. The FMA described at least six insurers withdrawing poor value or legacy products as a positive outcome. However, we wonder how many more such products are out there.

As a result of the FMA pressure, thousands of customers are expected to get refunds. Issues found here were discounts not applied, over-charging on agreed premiums, no-claims bonuses not applied, and late fee payments charged inappropriately. The Insurance Council of New Zealand, representing 16 of the insurers, acknowledged the need for improvement, and said improvements were under way, but then attempted to minimise the importance of charging errors by blaming information technology (IT). Of course, firms have IT glitches, but they must have systems to pick them up and promptly address any harm. The FMA is concerned general insurers are not prepared for new legislation under the Financial Markets (Conduct of Institutions) Amendment Bill which will expand the FMA’s remit to regulate and license the conduct of the sector. This legislation is wending its way through Parliament and expected to come into effect by 2023. We hope the insurance companies hear the FMA loud and clear, urging them to get on with addressing its repeated calls around conduct and culture or risk being denied licences.

Perhaps regulation may be in the offing for Buy Now Pay Later schemes. Retailers pay to use these schemes which allow people to buy goods by instalment, without interest. Unlike old-fashioned layby where you did not receive the product until you had paid the full amount, there is no waiting. But miss a payment and fees apply. There is concern these schemes are poorly understood, the ability to pay is not established before sales, and customers are going without the essentials because of this debt. The BNPL schemes are not covered by responsible lending laws because they do not charge interest.

A discussion paper on the issues is expected from the Ministry of Business Innovation and Employment later this year. 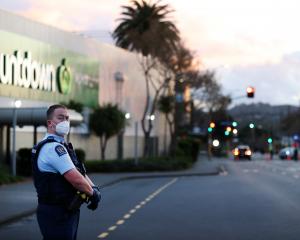 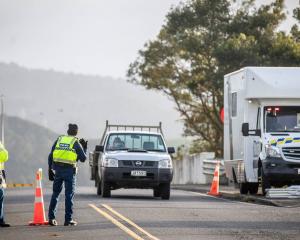 No surprises here for anyone who regularly watches "Fair Go" or has been unfortunate enough to have to make a claim.
This lack of concern for ethical behaviour and fair practices is a product of the Boardroom. It is a deliberate strategy by those making the ultimate policy decisions to increase profits. Like most cultures it spreads exponentially through the Company, like a bacteria in a petri dish, and infects everything it comes across.
The employees of the Companies quickly learn what behaviours will result in reward and promotion and they see that those who adopt the unethical and unfair practices are the ones who get promoted and become the people making the decisions. Naturally the noxious creed spreads.
I'm all for capitalism and a free market, history has shown it is really the only workable way for us to have a successful economy, but I also believe their must be ethical and fair procedures when dealing with customers and this should be regulated by "we the people" and not left to the industry itself.