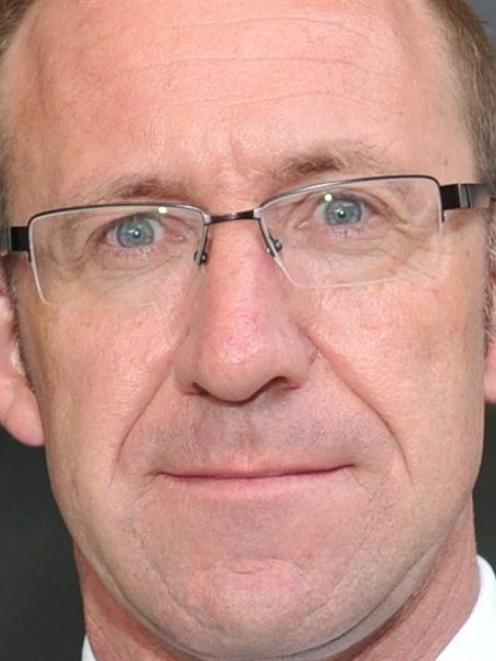 Andrew Little.
By all accounts, Labour Party leader Andrew Little made a strong showing at the party's annual conference held in Palmerston North at the weekend.

Snippets of his speech shown on television news reports, and comment pieces published in this newspaper, indicated Mr Little has managed to crack through the veneer surrounding him since his narrow election as leader.

Reading through the speech at leisure, there are hints of a man with deeper thoughts than previously indicated.

Mr Little gives a sense of direction, something lacking in Labour since the defeat of the Helen Clark-led government which brought in former financial trader John Key as prime minister.

The difference between the two men could not be starker.

Although brought up in a National-supporting house, Mr Little was moved by a sense of injustice he found intolerable, switching to being a Labour supporter, a lawyer and a trade union organiser.

Mr Key was brought up in a single parent household where he was instilled with the drive to make something of himself - something he did well on the markets in Wall Street.

Mr Little is seen as humourless, dour and part of the fun police of the Labour Party while Mr Key is shown schmoozing with All Blacks, royalty and crowds of his supporters.

What Mr Little needs to do now is get out into the electorates in which Labour lost the party vote and start securing voter support.

It will not be an easy task.

Many voters have been turned off by Labour's list of recent leadership changes and a lack of change in MPs.

Even now, there is an ongoing back-of-the-mind thought Mr Little will not lead Labour into the next election.

President Nigel Haworth urged the assembled party delegates to adopt a united front and show Labour was in fact a government in waiting rather than a party of disparate individuals - each with their own agenda.

What is disappointing is Labour feeling the need to hold all but a few high-profile speeches at its conference behind closed doors.

It will not be easy for Mr Little to convince even the party faithful in places such as Dunedin he is the one to take Labour back into power.

He languishes in the polls, gaining little traction with voters.

And, despite a front bench reshuffle, Labour MPs are still seen as too far out of touch with real New Zealand.

Long-standing MP Phil Goff is likely to stand for the Auckland mayoralty, opening up a space for a renewal MP in Mt Roskill.

But Labour's head office-dominated selection process means the locals will not get the final say in who represents them.

National will see the electorate as another one to take from Labour.

For Mr Little, his three priorities as Labour leader are jobs, jobs and jobs. Unemployment is set to rise to 7% by the end of this year and Mr Little took aim at the Government for the economy stalling and the loss of 11,000 jobs in the last quarter.

Labour has made the regions a priority for attention and economic growth, something only recently adopted by National as it continues to starve organisations such as the Southern District Health Board while delivering $16 million more to take the ''struggling'' Canterbury board out of deficit.

Although most of the voters in New Zealand are in Auckland and Christchurch, cities which have largely rejected Labour in the past two elections, Labour needs to concentrate on making gains in the regions.

If it can garner support outside the two large centres, momentum will push Labour up in the polls. Once momentum builds behind Mr Little, he will prove to be unstoppable.

There will be concessions made to encourage Auckland and Christchurch back into the fold, but with the support of regional New Zealand cities such as Dunedin, Invercargill, Timaru and Nelson, Mr Little will start to look more self-assured.