Not too many years ago the thought of an upstart colonial coaching the English cricket team would have been enough to have members of the MCC snorting into their pink gins.

However, these days sport is a global business and England have had not one but three foreign-born coaches lead its cricket team in recent years, to varying degrees of success.

But for all that, it still seems somewhat surreal that the fortunes of English cricket are now in the hands of a fourth, and that it should be South Dunedin’s own Brendon Barrie McCullum.

A brilliant, bludgeoning batsman and an innovative and deep-thinking captain, under his leadership the prestige of New Zealand cricket was restored and the foundations for the championship winning team, led today by Kane Williamson, were built. 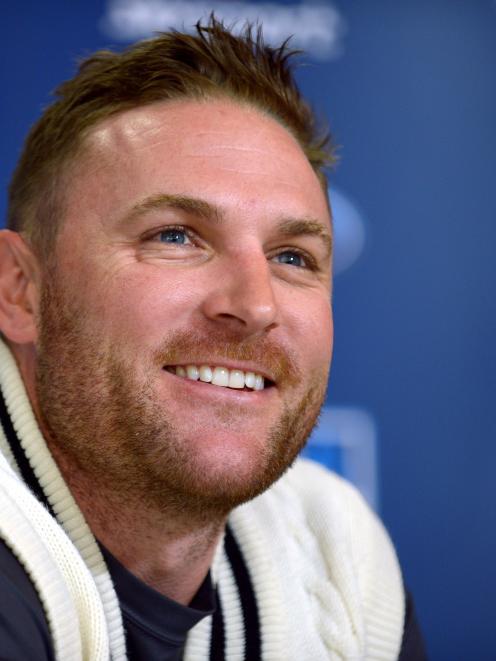 Brendon McCullum
But it is a long way from King’s High School to Lord’s, or from his current role with the Kolkata Knight Riders to the three lions for that matter.

That McCullum was an "X-factor" player was identified early on with his elevation to captain of the New Zealand under-19 team.

His 2012 ascension to Black Caps skipper was more controversial, coming as it did following what some saw as the brutal sacking of former captain Ross Taylor.

Elite sport is about results though, and after a catastrophic start McCullum delivered in spades, both with victories and personal performances: his 302 runs against India in 2014 is arguably the greatest innings ever played by a New Zealand batsman.

Elite sport is also about managing relationships, and the fact McCullum was able to continue to play alongside Taylor, whatever their differences, suggests he might have the skills to navigate the egos and rivalries in the English dressing room.

Stokes must certainly have had some input on framing of the shortlist of coaches with whom he will work, if not the final decision, and surely felt a man who as a player equalled him for pugnacity and belligerence would have a like-minded cricketing philosophy.

That said, there is little evidence so far that McCullum is an "X-factor" coach: a Caribbean Premier League trophy with the Trinbago Knight Riders in 2020 is the sole silverware on his CV and the fact the Knight Riders are out of contention for this season’s Indian Premier League playoffs paved the way for yesterday’s appointment.

McCullum has much to prove in one of the most-scrutinised coaching roles in his sport.

The fact McCullum was approached about the role rather than having applied for it emphasises the left field nature of this appointment: McCullum’s self-professed shock at the realisation that the job might actually become his reinforces that.

But after yet another Ashes thrashing by Australia, England obviously felt a radically different approach was needed and "Baz" was the man to provide it.

For McCullum it is an incredible personal opportunity, and for New Zealand cricket in general it is astonishing recognition of its status in the world game.

Coaches such as Glenn Turner, John Wright and Mike Hesson, among others, have blazed the trail that has led McCullum to this pinnacle.

We wish McCullum every success in his new role, although not too immediately given that, in a pleasing coincidence, the next opponent that the English cricket team faces is New Zealand.

June 2 at Lord’s, when the English Kiwi combo pads up against the Black Caps, will be essential viewing.