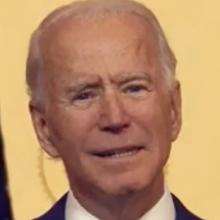 Joe Biden.
United States President-elect Joe Biden and his team are not biding their time as they prepare for the transfer of power in January.

This sense of urgency is all the more important because Covid’s rampage continues. At the same time, Mr Biden faces serious foreign policy issues.

The contrast in styles, background and understanding between Mr Biden and President Donald Trump on international affairs could hardly be greater. Mr Trump runs on crude instincts and knows and cares little about detail and complexities. He largely rejected international co-operation and was blatant in his America-first outlook.

Mr Biden, in contrast, is thoughtful and knowledgeable. As Barack Obama’s vice-president, he was delegated many foreign affairs responsibilities and travelled the world. He has also chaired the powerful Senate Foreign Relations Committee.

His three most senior staff with foreign affairs responsibilities have been chosen from among those who worked in the Obama administration.

They have been described as centralists who believe in co-operation and in a role for the United States in the world.

Mr Biden, for his part, has said his administration is ready to lead the world, not retreat from it. A fresh approach is coming, even allowing for the flourishes of speechmaking.

The president-elect, when it became clear he had won, immediately announced the United States would rejoin the World Health Organisation and the Paris Accord on Climate Change.

New Zealand will be thankful for Mr Biden’s commitment to internationalism and multilateral action. Tiny nations, swimming in the ocean of dangerous and dominant sharks, need rules and co-operation. Small players are all too easily bullied or ignored.

Encouragingly, the World Trade Organisation will be supported rather than undermined and sidelined.

Nevertheless, New Zealand might be careful about what it wishes for.

Mr Biden has linked trade to global warming. Might methane-rich exports be affected?

The Democrats are also, traditionally, the party of protectionism.

Meanwhile, the United States will look for trade deals to try to blunt China’s influence. Mr Trump’s policies have weakened US influence in east and southeast Asia.

Mr Biden’s approach to China, even if the tone is different, will have much in common with Mr Trump’s aims. Both argue economic abusive practices have been unfair and must change. Mr Biden could well add human rights considerations to the equation.

Mr Biden will endeavour to enlist support from other nations, including the power of Europe, to help contain China rather than going it alone. The peril for New Zealand is heightened pressure to make choices between the two powers.

It is a United States consensus that its role in the Middle East and Afghanistan should be minimised. Mr Biden, however, will be more considered and careful in the way this happens.

The assassination of Iran’s premier nuclear scientist late last week will complicate any attempt by Mr Biden to return to the nuclear containment deal with that country, the accord wrecked by Mr Trump.

The current president’s insistence that rich nations in Western Europe as well as Japan and Korea do their bit and pay more for their own defence is reasonable. The United States, since World War 2 and the Korean War, has carried an unfair burden.

While the foreign policy of the president and president-elect shares several goals, the world will feel saver because of Mr Trump’s fundamental recklessness.

Although Mr Biden might benefit on occasions from Mr Trump’s bluntness, his multilateral approach, his skills and his thoughtfulness are most welcome. The world can expect more coherence in policy, strategy and practice, a much steadier hand.