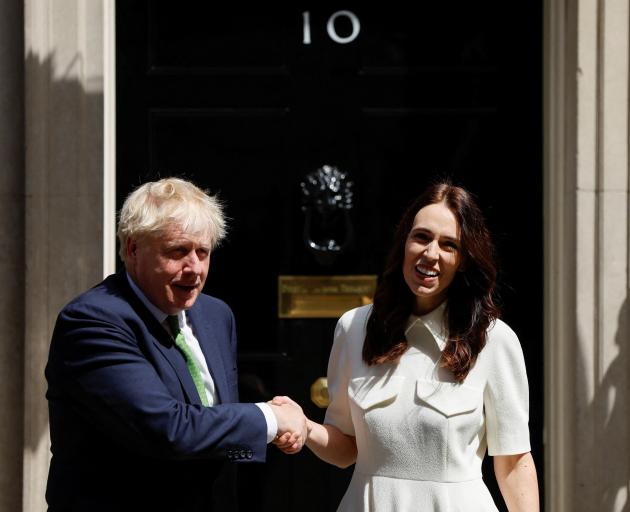 It has certainly been a long time coming. Negotiations had been going on for four years, and New Zealand had been seeking to start talks for many years before that.

Of course, dairy and meat interests are not best pleased. They receive virtually nothing from what has been agreed and can hardly sing the agreement’s praises.

But, given the power of European agricultural lobbies, significant progress would never be made. Much as this country would like to diversify dairy and receive better access to the wealthy consumers of the Continent, the door remains all but closed.

That is not fair — especially when the trade balance with Europe runs heavily against New Zealand. And from this point of view, the labelling of the agreement as "free trade" is misleading. Europe was, is and will be protectionist.

Even the tiny agricultural concessions have prompted the main European farmers’ group to complain that Europe’s dairy, sheep and beef sectors were "sacrificed lambs" of the deal.

Nevertheless, here is tiny New Zealand in its corner of the South Pacific seeking out agreements where and when it can.

Ideally, the tide would be flowing towards the multinational agreements and global trade of a generation ago. A small trading nation like New Zealand set its stall on that. It led the way in eliminating tariffs and quotas.

That leaves it with a form of moral high ground but little in the way of barriers to dismantle in any quid pro quo.

New Zealand can, however, be nimble and useful. Its small size can also minimise any potential threats.

In the post-Brexit agreement with Britain, signed last year, British Prime Minister Boris Johnson was eager to get a "free-trade" agreement over the line. New Zealand was conveniently at the ready and therefore has a little extra leverage. The timing was right.

Europe, as it tackles Russia’s invasion of Ukraine, is encouraging support from around the globe.

New Zealand has chipped in and shown its willingness. Reasonable treatment from Europe could be expected in return.

The arrival of Ms Ardern, with a slice of her international charm and connections, added an edge. Europe, too, in a small way, agreed to a deal including a commitment to the Paris Climate Accord reference and potential penalties.

Just how this will play out remains to be seen. The technical details will take time to be published and European ratification is painfully slow.

At least, the removal of tariffs for agricultural exports including kiwifruit, onions, apples, wine and manuka honey as well as for manufactured goods and seafood will help. Service providers will also gain easier access to the EU.

All up, the estimated benefits are put at eventually $1.8 billion a year.

There were fears New Zealand cheese producers could be milked of the opportunity to use so-called "geographic indicators" in product names. Feta is on the way out, but several other companies already using other cheese names can continue to do so.

Overall, the agreement is progress of a sort.

Also coming from Ms Ardern’s European visit is the announcement of what will be popular extensions to the holiday visa scheme with Britain. The upper age limit has been raised to 35 and the maximum length of stay from two years to three.

Next up comes another major trade challenge, India. Negotiations began in 2010 and the last formal discussions were seven years ago. Australia is beginning to make advances in this space and New Zealand will try to follow.