It just never stops. Hour after hour, year after year, century after century — those cold Southern Ocean swells keep rolling in without fear or favour, not giving any quarter.

Over weeks and months, the time-scale across which most visitors or locals will notice changes, the sea sculpts the land’s edge into shapes not necessarily in line with mankind’s desires.

If you head out to Dunedin’s St Clair and take a walk along the Esplanade, you can see just how dynamic coastal change can be. And feel it too, with the immeasurable energy of the ocean thumping into the buttressed sea-wall below your feet every 10 seconds or so.

Stand on the pavement and gaze due south out to sea beyond White Island, across the roiling waves, deep blue on a sunny day, angry grey otherwise, topped by beer-foam crests. There’s no other land from here to the fringes of Antarctica, about 2400km away.

No wonder the sea rushes in at St Clair with such vigour, with a magnitude made certain by the wildness of the stretch of ocean between the Ice and the South Island, and by the frequent southerlies which blow across it.

The power of the sea is once again undermining the best efforts of engineers to tame it at St Clair. Storms and smashing waves during the past week have eroded any safe access to the sandflats at the western end of the beach. They have also, sadly, skittled most of what was left of the landmark poles along the shore towards St Kilda.

By the weekend there was just one pole left, the only standing remnant of a groyne built early last century to allow sand to accumulate. Dunedin city councillor Jules Radich says that attempt at coastal management was a success, and it was once the groyne started decaying that coastal erosion became an issue at St Clair.

The remaining poles at St Clair. PHOTO: STEPHEN JAQUIERY
Cr Radich also points out that erosion problems began with the building of the first sea-wall at the Esplanade in 1880. Waves bouncing off the wall scoured away the sand faster than it could be replaced.

It seems strange to become attracted to, and be nostalgic for, a line of leaning, broken-up, jagged, scruffy posts which always somehow muscled their way into the beach vista. However, over a century they have become part of the view, and have probably been photographed, painted and leant on thousands of times.

Their collapse into the sea is the only kind of St Clair Polar Plunge — or rather "pole-ar plunge" — that will be taking place at the beach this mid-winter. The annual display of shuffling and sprinting, shivering and shrivelling bodies that marks the usual dive into seawater whose temperature is barely in double figures is on hold because there is no safe beach access.

Take away the grim winter facade, though, and St Clair is a place Dunedin folk should be proud of. On a sunny day — it doesn’t have to be warm — it is one of the city’s top spots and should be the envy of many around the country, with plenty of fresh, invigorating air, stunning seascapes, cafes, wildlife, and hardy surfers to watch.

All Aotearoa’s seaward-facing cities have attractive, sandy beaches — Auckland has the riviera-like beaches of Mission Bay, Kohimarama and St Heliers against the backdrop of Rangitoto Island and congested roads; Wellington has the windswept Oriental Bay, with sand taken from Golden Bay; Christchurch has the chilly, dishevelled New Brighton and the distant Sumner.

But on its day, none are a patch on St Clair, which sits right on Dunedin’s doorstep.

Progress may appear slow with the council’s St Clair-St Kilda coastal plan, which aims to manage the coast, as much as is possible, through the myriad difficulties brought on by climate change, including rising sea levels and increasingly extreme weather and swells.

But it is imperative we get it right. The relentless Southern Ocean will quickly expose any flaws. 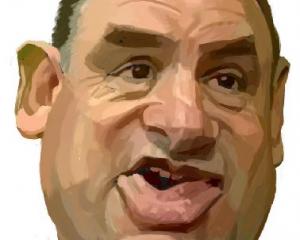