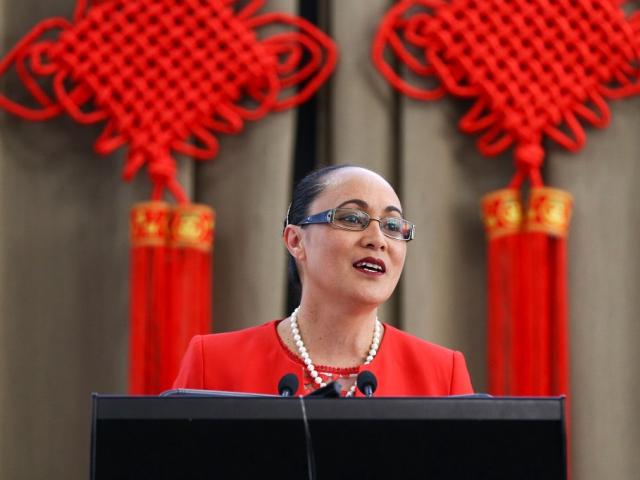 Jenny Salesa. Photo: Getty Images
They say it is as Kiwi as jandals, the Edmonds cookbook and obsessing over what any international visitor of even moderate prominence thinks of our pretty countryside.

Tinkering away over a backyard project — sweating over that deck in summer, or labouring over that sleepout in spring, or hurriedly getting that carport up in time for winter — was a time-honoured pastime for generations of New Zealanders, especially those raised in a time when practical ability with one’s own hands was considered essential.

The benefits of home DIY were obvious. It freed up specialists to work on essential public projects, it added value and (sometimes) aesthetic appeal to dwellings, and it gave people an opportunity to get creative and physically active at the weekend.

Then, as with so many things, it was decided we needed to do things ‘‘properly’’. We needed red tape — long, glorious metres of the stuff — to make sure things were safe and nicely regulated, and just because, well, new jobs apparently had to be created for people who wanted to make sure the tape was red enough.

So, the old DIY ways were out and in came lengthy waits for consents and a whole lot of paperwork, often achieving nothing other than frustration.

The one thing to be said for a global pandemic is that it changes the way governments think, and so it is with the recent news that New Zealanders keen on home improvements should be able to get them done easier.

The Government is scrapping the requirement for consents for some low-risk buildings in a bid to free up the construction sector to hit those larger projects that will play a big role in the economic recovery from Covid-19. Exemptions to building work are expected to save home owners some $18million a year.

Building and Construction Minister Jenny Salesa is boasting the changes will have a major benefit as part of a broader reform of the building industry.

Examples of the projects that will be freed up by the end of August are sleepouts and awnings up to 30sq m, carports with a floor area of up to 40sq m, outdoor fireplaces or ovens, and even short-span bridges as long as the land does not have public access.

Clearly, there is no desire to see some sort of situation where ‘‘cowboy’’ builders are free to build what they like — and to any standard they like.

In fact, there has to be a word of caution. Major DIY projects will still require oversight from licensed builders and, in some cases, engineers, and all will still have to meet the Building Code.

Presumably, if this loosening of regulations leads to a flood of shonky or dangerous building work, they won’t be left loose for long.

In saying that, we see nothing but positives in this common-sense step. Removing the need for council-approved consents for some projects is a no-brainer. Less red tape will be a very welcome sight for most.

Los Angeles, like so many American cities, is on edge. Protests over the police killings of unarmed black civilians have been mostly peaceful, but they were marred Friday night by unfortunate acts of vandalism and looting that damaged downtown businesses, many of them owned by immigrants and people of color. The Los Angeles Police Department has acted with restraint, even as protesters destroyed some of its vehicles Saturday. Mayor Eric Garcetti, who ordered a curfew downtown Saturday, has been a voice of calm and reason.

Not so, alas, President Donald Trump, whose depravity seemingly knows no bounds. In truth, we are tired of condemning him. Chronicling his lies is exhausting. We would rather focus on defeating him in November — an essential (though by no means sufficient) step toward restoring our democracy.

Yet condemn him again we must.

Trump’s threats to unleash ‘‘vicious dogs’’ and ‘‘ominous weapons’’ against protesters at the White House; his crude appeal to his ‘‘Make America Great Again’’ supporters to convene in Washington Saturday night; and his bizarre and offensive statement that ‘‘MAGA love the black people’’ all threaten to throw fuel on a powder keg. This is no mere dog-whistling; it is an all but open invitation to far-right elements and white supremacists to engage in violence.

Threatening the use of military force against one’s own citizens is the last resort of despots and tyrants; such language has no place in a free and open society.

Trump has already done grievous injury to the idea of the beloved community; the least he can do is stay silent, and not accelerate a slide toward chaos.

In Christchurch, a Red sticker was required on the CTV building. It was never applied.

What does Trump have to do with "restoring our democracy?" New Zealand is a representative democracy in which each voter has a say in who represents them in Parliament and in local government. What is the correlation between Trump and our representative democracy? Why are Kiwis so obsessed with their self-perceived importance? We are a semi first world country 1600 miles north of the South Pole. Most of the world doesn't know anything about us; where we are or who runs the country. Our media constantly tells us the rest of the world views us favorably and has a lot of respect for the PM. What a joke! Total BS! Where are those stats coming from? We are irrelevant to the US. Americans don' know anything about us. Other countries humor us and what we stand for. Trump and America couldn't care less about NZ. What happens in the US has little to no bearing on our lives here. We've hitched our wagon to China which has caused a rift between Trump and NZ. I guess most of New Zealand suffers from Trump Derangement Syndrome because he no interest in New Zealand as a whole? I'm baffled why the ODT feels compelled to make any linkage to Trump and NZ democracy because there is none.

You make 'most of the rest of the World' out to be thick. Certainly, the US admin is, but there is global interest in NZ..

This is not 'linkage'. It's Opinion.