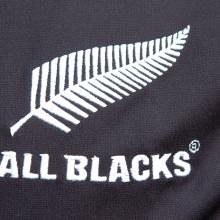 Will Thursday, April 29, 2021 be the day New Zealand Rugby sells its soul?

Or will Thursday, April 29, 2021 be the day New Zealand Rugby takes a bold new step to securing the sport’s future?

Either way, today is a reckoning for our national game and those who make the big decisions on our behalf.

The NZR board, at its annual meeting in Wellington, will today vote on whether to accept an offer from American private equity company Silver Lake to buy a 12.5% share in our game.

The California-based tech giant, holding some $NZ110billion in assets, is offering to pump in nearly $390million to help form a new entity that will handle the commercial side — read: the All Blacks — of the sport in this country.

Sponsors and branding are nothing new in rugby, some 26 years after it belatedly turned professional, but never before has the organisation formerly known as the New Zealand Rugby Football Union sold off part of the family silver.

And what do members of the rugby community, the true and eternal ‘‘stakeholders’’ (such a painful word in a sporting context) of the game, think about this seismic decision?

The case for the deal boils down to: New Zealand Rugby needs to find money from somewhere to fund the game at all levels, the current financial model is unsustainable (the national union is now losing money every year), the alternative is seeing even more of our elite players bolt for wealthy overseas teams, the grassroots needs much more support to avoid withering.

To be accepted, the deal must get the backing of more than half of the provincial unions — and all 12 Heartland unions, which might be small but have a powerful unified voice, have already declared their support.

Documents yesterday show $39million will be distributed to the unions and other groups, and understandably there are people in offices around the country thinking what can be done with that sort of cash.

We also note NZR’s declaration that a long-overdue professional women’s competition will not happen immediately if this deal is rejected.

The case against? Essentially, it boils down to the fear of what might happen to rugby, especially the All Blacks, if the gates are opened to people with no skin in the game.

Will the All Blacks be forced into more meaningless tests at random locations? What will it mean for the control (and potential commercialisation) of the silver fern and the haka? Will this create an inevitable clash between the money-makers and those who value All Black rugby for its legacy and integrity?

We have just witnessed the shambles of the attempted Super League coup in European football, and club owners being exposed for their greed and utter disregard for the social fabric of the game.

Is there to eventually be a repeat here? What does Silver Lake want from New Zealand rugby if not making lots more money?

Another point well made by Gregor Paul in The New Zealand Herald is that this deal is not just about NZR getting money — it will be signing away 12.5% of its revenue for eternity: ‘‘an obligation to hand over millions of dollars each year to the owner of that stake.’’

Significantly, the New Zealand Rugby Players’ Association had, as of last night, not agreed to the deal, though one can only imagine the horse trading that had been arranged.

As NZR must get buy-in from a majority of the provincial unions, it must get the players on board, and they — fairly — will be eager to know what is in it for them.

Finally, there remains some scepticism about what this deal will mean for the soul of rugby, the clubs and schools, the boys and girls, at the base of the pyramid.

Will the Green Island under-12s see any benefit from Silver Lake? Will clubs like Excelsior and Matakanui Combined and Zingari-Richmond have a better future thanks to a tech company from California? Will plunging player numbers at secondary school and club level be reversed by an influx of cash?

We hope NZR proceeds with caution, weighing up the pros and cons of getting into bed with a foreign investor.

Whichever way the decision goes, this could be the most momentous day for New Zealand rugby since Jeff Wilson and Josh Kronfeld broke ranks with the rebels in 1995.