It may be the depths of mid-winter in the far South but there have been at least two good reasons to celebrate in Southland in the past week.

The first was the long overdue removal of toxic aluminium dross from the old paper mill in Mataura by the owners of the waste, New Zealand Aluminium Smelters and Rio Tinto.

The second was the decision by the Civil Aviation Authority (CAA) effectively overturning Airways New Zealand’s plans to shut down its control tower at Invercargill Airport.

Both cases mark victories for common sense and for the health and safety of the people of Southland in the face of corporate insouciance, arrogance and penny-pinching.

About 10,000 tonnes of ouvea premix, a by-product of aluminium smelting, are now back where they belong at the Tiwai Point smelter, in watertight shipping containers. The chemical dross, which can generate ammonia gas when wet, had been dumped in Mataura seven years ago by Taha, which had been contracted by the smelter to provide a “zero-waste solution” for it.

A “handshake” deal with NZAS had been brokered for its removal early last year. But that was scuppered by the Rio Tinto board, angering the local community, with Gore district Mayor Tracy Hicks speaking for most when he said he was annoyed with the performance of Rio Tinto.

But 17 months on, a new agreement was struck and Rio Tinto decided it would pay $6 million for the cleanup. And so it should — that’s a drop in an aluminium bucket for such a huge company.

At Invercargill Airport, the combined efforts of the airport company and CAA have seen off an attempt by Airways to remove air traffic control staff, as part of a proposal it made in May last year to close operations at seven airports.

Invercargill Airport Ltd commissioned a study of Southland airspace and its results informed CAA to declare that Airways controllers needed to stay. Airways now says it is good news for the seven staff at the airport.

Invercargill is an important alternate airport for when weather is bad in Queenstown or Dunedin. It was a bad idea by Airways to attempt to close the tower in the first place; it could be said it resulted in a slap over the wrist with a wet boarding pass. 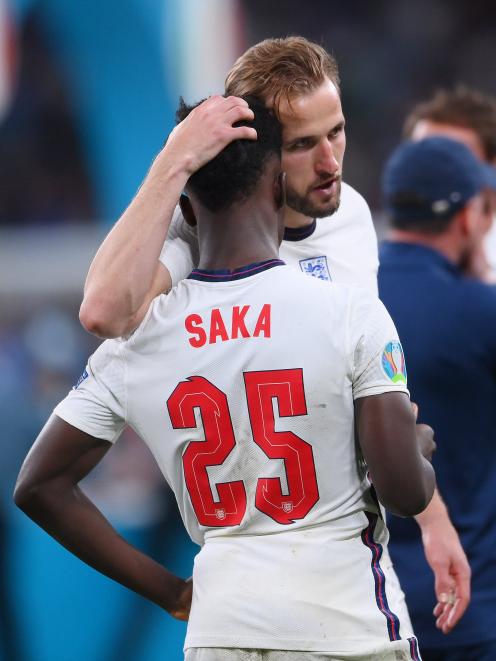 When 19-year-old Arsenal star Bukayo Saka stepped up for the decisive penalty kick in the England-Italy Euro 2020 final, he had the weight of a raucous Wembley crowd of 67,000 and a proud footballing nation on his shoulders.

He left-footed it straight at Italian goalkeeper Gianluigi Donnarumma,who saved it and won the tournament for Italy, opening a can of worms about team manager Gareth Southgate’s choice of shooters.

A penalty shootout at the end of an exhausting game of football and a spell of extra time always makes for a brutal finish which can fail to reflect where honours should truly lie.

Anyone who has stood on a goal line and stared at an opponent on the penalty spot just 11m away will know it’s like someone breathing down your front.

But if you’re the player about to attempt to slot the ball home, the goal appears like you are staring at it through the wrong end of a telescope.

Both nations desperately needed something to celebrate after being so hard-hit by Covid-19 in the past 18 months. For England, it would have been its biggest win since Bobby Moore lifted the Jules Rimet Cup at Wembley in the World Cup final in July 1966.

There must be a better way of deciding the winner in these situations, surely? How about the team with the fewest yellow cards at the end of extra time being the winner?