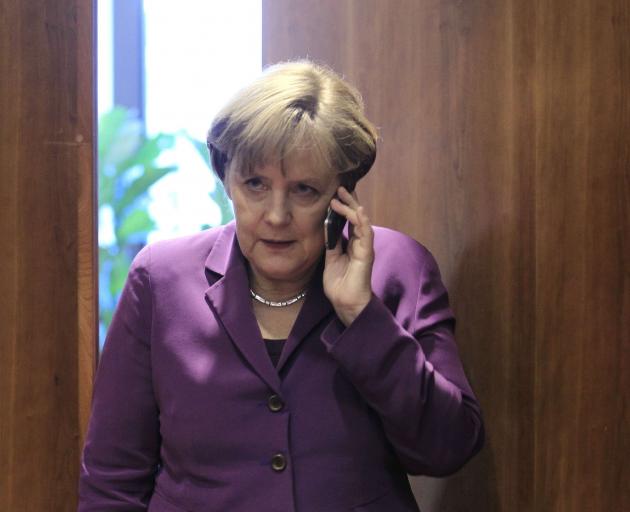 Some, like former United States president Barack Obama, speak with style and presence. They inspire even as their achievements are undercut by realpolitik and their weaknesses.

Some are populists, appealing to nationalism and those fed-up with liberal elites — think Donald Trump, Boris Johnson or Jair Bolsonaro of Brazil. While politicians everywhere are renowned for their economy with the truth, this line-up takes their approach to facts to flabbergasting depths.

These overlap with the nationalist strongmen, the likes of Rodrigo Duterte of the Philippines, those who promise security from crime no matter the cost to civil liberties.

What, too, of the appeal of Margaret Thatcher?

New Zealand Prime Minister Jacinda Ardern is one of those with a touch of glamour (like Canada’s Justin Trudeau or France’s Emmanuel Macron perhaps). She is a smart communicator with strong doses of empathy.

Then there is that leading figure in world politics of the last 16 years, German Chancellor Angela Merkel. She was called the de facto leader of the West during Mr Trump’s erratic conduct of US foreign policy.

If such characteristics sound familiar, might they also apply to former New Zealand prime minister Helen Clark? While Dr Merkel leads a centre-right party (Christian Democratic Union) and Ms Clark pursued policies of the centre-left, both women were imbued with a sense of humanity.

Without a doubt, Dr Merkel (67) has been the dominant figure during Europe’s travails.

She pushed to secure the bail-outs of the eurozone crisis, although they also proved to be to Germany’s financial benefit.

She was in power as Germany’s economy prospered and unemployment fell. She guided Germany through the Global Financial Crisis and was firm on the unity of Europe and on conditions of Britain’s exit from the European Union.

She was a steady hand through Germany’s relatively adequate response to Covid. Here, she was assisted by her scientific training; she has a doctorate in quantum chemistry. Her effectiveness, however, was restricted because of the federal system.

Her signature move was to open Germany in 2015 to more than 1 million refugees, mostly from Syria, far outpacing other European responses. It is suggested her upbringing as the daughter of a socially concerned Lutheran pastor in East Germany played a part in her reaction and ethics.

The wave of refugees proved unpopular, and in 2018 Dr Merkel said she would resign in 2021.

She is now, however, leaving power more popular than ever, far ahead of the leaders of the main parties in this weekend’s German election.

The ledger is not all positive. She has been criticised for weakness on authoritarian Hungary and insufficient criticism of Russia and China. The lack of vigour combating climate change is a black mark given by some.

Given the party she represented, even if she is on the left of it, expectations of what was possible could be unrealistic.

It is also apparent, and understandable, that she put the interests of Germans first, possibly excepting the refugee inflow.

Intriguingly, with her traditional grasp of good leadership, she was on occasions seen as a ditherer. Not making hasty decisions, examining the information, and sensing the wind direction was a regular and often shrewd modus operandi.

Dr Merkel has earned respect both in Germany and around the world as a strategic thinker and competent manager. She has been steadfast and reassuring in a changing world.

Her pragmatism and her centralism might have exasperated ideologues of all shades.

But Germany and the world are going to miss her steady hand, her calmness, her distinctive style of leadership.

Somehow, the Right convinced people that Liberals are the elite, not neoconservatives and plutocrats.

Liberal is perhaps the most misused political label used these days.
A Liberal is simply someone who puts individual freedoms, personal human rights, ahead of other considerations in a political context. There are liberals on the left and right of the political spectrum, most of the people in this country are by definition, Liberal.
Somehow, the word has picked up a pejorative meaning it does not deserve.

Margaret Thatcher took over a basket case of a country in 1979. There were rubbish mountains, bodies piled high in morgues, strike upon strike, a political power struggle between some Union leaders and a democratically elected Government. She pushed through sexism and hate and returned Britain to a functioning country and prosperity. She made mistakes but was a great female leader.