A splendid display of factory cheeses at the Otago A and P Society’s winter show, in Dunedin. — Otago Witness, 7.6.1921
The 27th annual Winter Show of the Otago A and P Association was opened in the Brydone Hall, Crawford Street, yesterday, and both from the point of view of its comprehensiveness and attractiveness it is fully up to the standard of any past exhibition of the kind, and in some material respects it represents an improvement over previous years. Within the four walls of the Brydone Hall there is gathered together an aggregation of the produce of the province that is representative of all branches of the primary industries of Otago, and the wealth and diversity of the display, within the limits of its confined space, is eloquent testimony of the prosperity of the province and of the high standard of farming that prevails. In the very large entries which are forward in all the principal classes evidence is to be found of the increasing measure of support which the show commands from the farming community generally, and the undoubtedly fine display affords proof among other things of the spirit of progressiveness which actuates the whole of the members of the society from the president (Mr E.C. Hazlett) downwards.  While the exhibition in its general aspect differs but little from past shows there are included the same main features of interest with others added that are no less attractive. The great rows of butter and cheese, the fine displays of fruit and wool, the splendid samples of turnips, carrots, parsnips, and potatoes, the appetising range of good things comprised under the general heading of home Industries; all these are again part and parcel of the show, affording an object lesson to city people of their dependence upon the productivity of the country, and providing the farmers themselves with a standard of comparison that must prove of the greatest value to them in their daily occupations.

The Grey River Argus reports that electric lighting at Hokitika will become permanent in the streets from tonight. The number of lamps will be nearly double that of the gas lamps installed at present, but indifferently lit. The changeover will be a great boon to the townspeople, particularly those in the suburban parts of the town, where the street lighting of late has been so greatly neglected.

Smoking no indicator of vice

Should a girl smoke? During the hearing of a case at the Auckland Criminal Court a woman witness was asked by counsel whether she knew that her niece smoked cigarettes. “It is fashionable for girls to smoke now,” said the witness. “Do you smoke?” queried counsel. “No, I am a married woman,” replied the lady, amidst laughter. “Most girls of 17 or 18 smoke nowadays, it would appear,” observed Judge Stringer from the bench.” When you go into a fashionable hotel you find most of the girls smoking.” Later, Dr Horton was giving evidence. “Would you, doctor, take it as a sign of vice in a girl of 17 if she smokes?” asked his Honor. “By no means,” replied the doctor. “I know any number of nice girls who smoke.” 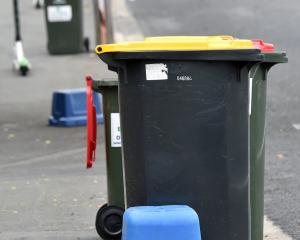 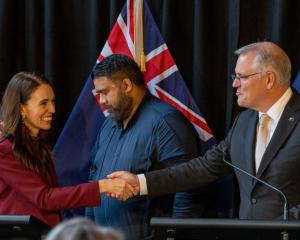