Transparency vital in a democracy 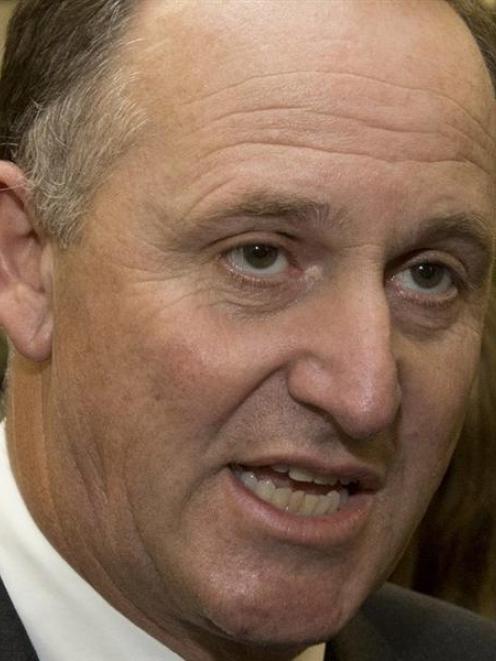 John Key.
Watching the Government's desperate lolly scramble as it tries to shore up votes in the Northland by-election has made uncomfortable viewing.

The big guns are being brought out to bolster support for National candidate Mark Osborne, with visits by Prime Minister John Key and a raft of other ministers.

The multimillion-dollar promises and policy releases (ultra-fast broadband rollout and 10 bridge upgrades) are coming thick and fast, as are the claims of jobs created (7500), economic growth (nearly 8%) and roading spending ($750 million).

Critics view the Government's sudden interest in the province with scepticism.

The UFB promise is old, the bridge upgrades new (although New Zealanders are being told they have been on the agenda for some time), the new jobs tally classifies employment as being anything more than one hour a week, and overall economic growth figures in context tell a story of a province still dragging the chain nationally.

Labour even claims a large proportion of the roading funding was under its administration.

The country is witnessing campaigning and electioneering in all its glory - and ignominy.

Voters are left wondering what can be taken at face value, and some critics suggest obfuscation has gone beyond pattern to habit.

Mr Key and others have remained silent on what they knew (and when they knew it) about former Northland MP Mike Sabin, who was chairman of the law and order select committee, but who resigned because of ''personal reasons'' in the wake of reports he was being investigated by police.

Mr Key's response to revelations of New Zealand spying in the Pacific was no-one in the country needed to know about it - and neither did our friends and neighbours.

He stated, of Nicky Hager's involvement in the release of the spying files by US whistleblower Edward Snowden, that New Zealanders should ''discount massively everything'' from Mr Hager as ''categorically wrong''.

Mr Key had previously said he would resign if the agency was spying on New Zealanders, then said he didn't understand the questions, and now the argument is one of semantics: ''mass collection'' which is acceptable, rather than ''mass surveillance''.

There have been protests nationwide about this country's commitment to the Trans-Pacific Partnership Agreement, which critics argue has the potential for hugely negative ramifications, and the details of which are secret.

Mr Key is pushing a costly flag referendum, when successive governments have a history of ignoring the results of those that do not suit their interests, most recently over the electoral process.

At the time of the 1080 milk threat, Trade Minister Tim Groser said information was released to the public in the interests of transparency for New Zealanders, although the country's trading partners and others had been told earlier, and the Government's announcement came earlier than ''scheduled'' only because the media had started asking questions.

Add to that the length of time it takes to have Official Information Act requests answered, and the promises of our voice for small countries (in our successful bid for a temporary seat on the United Nations Security Council) which seems to have now gone quiet in the wake of the Five Eyes revelations, and it all sits somewhat awkwardly.

There are times when information is genuinely required to be withheld to keep New Zealanders safe, some sensitive negotiations are required to be done away from the public, and some comments may be inappropriate to make in a police or legal case.

Trust is fundamental to any individual or government, transparency essential for any democracy, and robust oversight mechanisms and a free and active press equally crucial (particularly when there are claims the former two are lacking).

Mr Key and his Government would do well to remember that as they ask Northland voters to trust them and make more promises for the future.