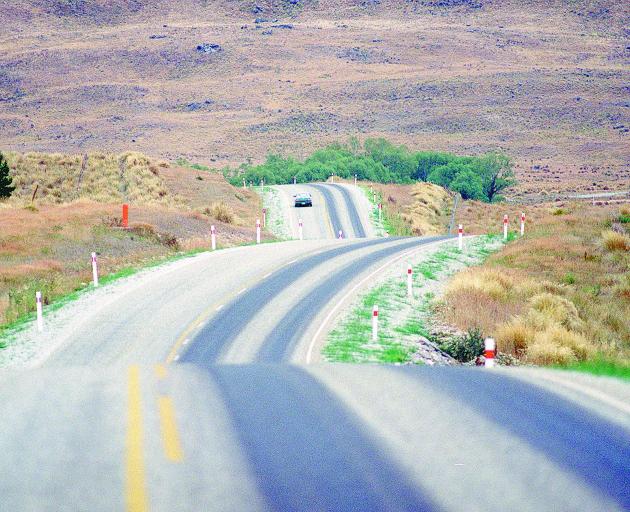 Melting tar in the Maniototo.
When it comes to the weather, October is arguably the most tempestuous month in the South.

To recycle a saying about March in the northern hemisphere, October in New Zealand can come ‘‘in like a lion, out like a lamb’’. And it is not unusual in Otago to have days in the mid-20s followed by snow to low levels and heavy frosts.

Spring is really in its pomp in October. While the daffodils are drooping and past their best, the tulips and irises are brightly standing to attention and the rhododendrons are starting to reveal their vivid colour to all. Of course, the lawns and weeds are growing like crazy too.

Always at this time of year comes the question: is it going to be a good summer?

‘‘Good’’, of course, means different things to different people. ‘‘Good’’ for many Kiwis — especially southerners, for reasons obvious to most of us — means little or no rain. They want to feel warm and enjoy the sensation of the sun on their back, while keeping in mind the important messages about being sun smart, covering up and using sunblock.

‘‘Good’’ for others, however, particularly farmers and growers, means not too hot at all and a summer with frequent reviving rainfall. Such bursts of wet weather are vital across the desiccated landscapes of Central Otago.

But, as we have seen during the past decade or so, our climate is definitely changing and summers are becoming hotter and seemingly longer.

Rarely these days do we receive seasonal predictions of likely cooler-than-average temperatures and above-normal rainfall. Niwa’s prognosis for this spring was largely a rinse-and-repeat message, of warmer-than-average weather and normal to below normal amounts of rain for Otago and the South.

In the past week, Niwa forecaster Ben Noll has gone further, predicting the last three months of this year will very likely have above-average temperatures and that we might experience spells of ``excessive heat'' before the year is out, driven by increasingly warm sea-surface temperatures around the country.

That ocean warming could signal the start of another marine heatwave, previously rare events which in recent summers have been a platform from which heatwaves have also built up over land.

In three weeks’ time, tens of thousands of scientists and government representatives will gather for 12 days in Glasgow for the United Nations Climate Change Conference COP26.

The meeting, charged with urgency, will discuss the progress of individual nations towards the breakthrough targets agreed by every country in Paris in 2015 to limit global warming to below 2degC above pre-industrial levels, and to aim for 1.5degC this century.

This decade, to 2030, has been acknowledged as crucial and so far the world is not doing very well towards meeting those targets.

While the Covid-19 pandemic is understandably what has got the attention of the peoples of the world at the moment, climate change remains the bigger threat, to human existence and to the plants and animals on our planet.

The climate crisis and repercussions will be with us long after the virus has stopped dominating the headlines.

More Than 230 Medical Journals say Climate Crisis Is “Greatest Threat to Global Public Health”. In a joint editorial they have said, “Health is already being harmed by global temperature increases and the destruction of the natural world, a state of affairs health professionals have been bringing attention to for decades,” the editorial reads. “The greatest threat to global public health is the continued failure of world leaders to keep the global temperature rise below 1.5° C and to restore nature.”

Southerners are The Tempest.