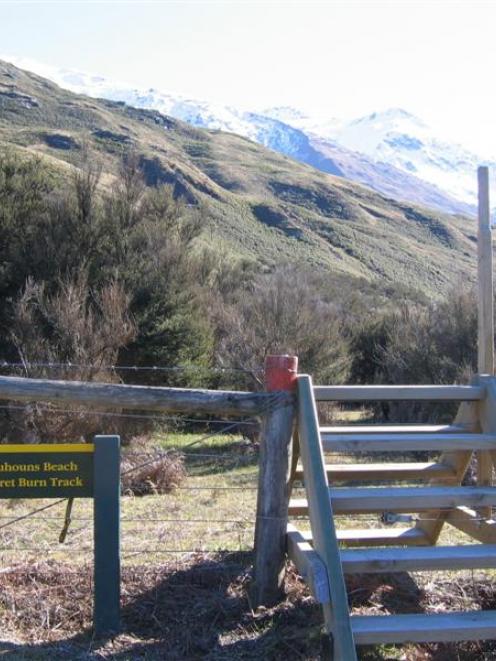 One of the Clark Government's most unpopular proposals, floated in 2004, was its plan to create marginal public access strips across private land to important recreational waterways - the so-called "Queen's Chain" issue - without compensation to landowners for the use of their land.

It was eventually forced to back away from the idea when it realised the scale of the backlash from private property owners, and Labour's post-election agreements with New Zealand First and United Future ensured it would not go ahead in its original form.

Its response was to set up various consultative groups and a Walking Access Consultation Panel, whose report essentially recommended that, while creating more general access to publicly owned rivers, lakes and coastline was desirable, landowners should retain the right to block people walking across their land.

The panel also argued access to such waterways should be negotiated on a voluntary basis, with compulsion and compensation through the Public Works Act used only as a last resort.

It further recommended the creation of an access commission to administer public walkways and negotiate with landowners.

These recommendations were later enshrined in the Walking Access Bill, which has recently returned from parliamentary select committee consideration with relatively minor amendments.

The Bill will create a New Zealand Walking Access Commission to provide information about the location of existing public access strips, establish a code of reasonable conduct for the public and landowners in relation to walking access, and facilitate and fund the negotiation of new public access across private land.

The legislation does not interfere with private property rights, with public access to private land remaining subject to negotiation and agreement with landholders.

Interestingly, the place of unformed public roads being used for public walkway access will come under the commission's responsibility.

Councils will not be able to sell them off without reference.

One major concern of landowners was potential liability for loss or damage suffered by a person using a walkway on their land.

The Bill exempts them from such liability.

There were several other significant concerns by those with an interest in this matter, not the least of them being the powers given to the commission to arbitrate and settle access disputes, and the rules for subdividers to prevent them blocking public access to waterways or the coastline.

Others wanted to have the right for more than just walking access, such as access with firearms, dogs, bicycles and even motor vehicles.

The commission will be given power to determine the precise nature of access, according to the Bill, probably on an application and negotiation basis, for, clearly, there will be many situations where pedestrians and vehicles on the same walkway will be incompatible.

The priority should always, in our view, be safe pedestrian access.

Another concern was continuing access to the so-called marginal strip alongside rivers and lakes affected by erosion.

The commission has been given the power to negotiate this on a case-by-case basis.

The "Queen's Chain" as such has never been legally defined and it is regrettable that this Bill fails to attempt to do so, even in part.

Similarly, the concerns expressed originally by the legislation's proposers about the increasing scale of land held in foreign ownership and their limiting of public access will hardly be allayed by the revised Bill.

But, in general terms, the Bill will improve the existing situation with respect to access to public places, in that formal oversight and the creation of a commission with certain limited powers is better than nothing at all or the status quo.

Much will depend on the commission itself, and those appointed to it, for the Bill itself does not go anywhere near enshrining public rights, let alone the completion of the "Queen's Chain", which was Labour's original hope, and promoted by the Green Party.

There will be regret in several quarters that private property rights have been protected seemingly to a greater degree than the public's rights of access, and that this Bill amounts to a concession that the original admittedly ambitious proposals were simply too difficult to reconcile with the level of objection.